52 Best January Quotes To Ease You Into The New Year 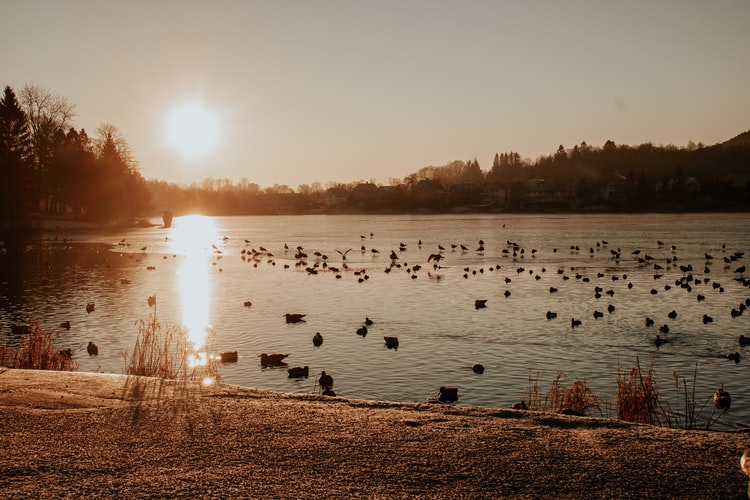 Being the first month of the new year, there are a lot of expectations riding on January. People want their new year to be great with that famous fresh January start.

Whilst some people say that January is the worst month as it brings us all back down to earth with a  bump after the joys and excitement of the holiday period, others are more optimistic. On New Year's Eve, we are usually really excited and are set to make plans for the incoming year. New Year mornings in January feel like the best time to begin planning all that we have ever wanted from the year, and this is also usually the time when we make resolutions. Whether we will stick to them or not is another matter!

January is a beautiful month, but we can find it difficult because of all the expectations we put on ourselves. Some even say that this first month feels like the Monday of the year! You could say some dread it. That is why it is important to keep ourselves balanced and see January for what it is, just a fresh month: it can be magical. The cold weather and the blanket of ice that sometimes fall outside in January make us crave the warmth inside our cozy little nooks. It is such a beautiful month and a beautiful beginning to the year.

We have collected lots of beautiful and inspiring January quotes for you to go through. If you liked reading this list of the best quotes about January, you can also check out these August quotes and [New Year funniest quotes] too.

The Best Quotes About January

Below, you will find some of the best quotes about January all about the happy new year.

1. "January is the month for dreaming."

2. "The beginning is the most important part of the work."

4. "I love beginnings. If I were in charge of calendars, every day would be January 1."

5. "The magic in new beginnings is the most powerful of them all."

6. "January is the calendar’s ingrown hair."

8. "Lots of people go mad in January. January is the third most common month for madness."

9. "January? The month is dumb. It is fraudulent. It does not cleanse itself."

10. "I like starting projects in January. That’s the best time to start something. It’s so inward."

12. "There's something I love about how stark the contrast is between January and June in Sweden."

14. "If I had my way, I'd remove January from the calendar altogether and have an extra July instead."

15. "Let January open with the joy in the Lord, and December close with gladness in Jesus."

17. "January is the garbage can of movies in America, directly after all the Oscar contenders have been out."

18. "Cheers to a new year and another chance for us to get it right."

19. "The shortest day has passed, and whatever nastiness of weather we may look forward to in January and February, at least we notice that the days are getting longer."

Here, you will read some inspirational quotes for January that can get you inspired.

20. "I think it would be more sensible if resolutions began generally on January the second."

23. "New year—new verse, a new chapter, or just the same old story? Ultimately we write it. The choice is ours."

24. "January is the best time of year for gym owners. You all come. It's great! And then, by Valentine's Day, you're not coming in anymore."

26. "No one ever regarded the first of January with indifference."

27. "January looks forward to the new year and back to the old year. He sees past and future."

28. "No one has ever achieved financial fitness with a resolution in January that's abandoned by February."

29. "Feeling a little blue in January is normal."

31. "Every man should be born again on January first. Start with a fresh page."

Here, you can read some quotes that welcome the season and let us acknowledge that new beginnings are beautiful.

32. "Winter blues are cured every time with a potato gratin paired with a roast chicken."

33. "It is deep January. The sky is hard. The stalks are firmly rooted in ice."

35. "Nature has undoubtedly mastered the art of winter gardening and even the most experienced gardener can learn from the unrestrained beauty around them."

36. "January is the quietest month in the garden… But just because it looks quiet doesn’t mean that nothing is happening."

37. "In the depth of winter, I finally learned that there was in me an invincible summer."

38. "Winter dawn is the color of metal, the trees stiffen into place like burnt nerves."

39. "I killed my ex-lovers and buried to my memories' grave. It is January and I am tired of being brave."

40. "Through the chill of December the early winter moans... but it's that January wind that rattles old bones."

These are some of the most poetic quotes you will find for the month of January.

41. "I blink January’s lashes and gush down December’s cheeks."

42. "January brings the snow, makes our feet and fingers glow."

44. "I love the Mediterranean for the fact that winter is over in a minute, and the almond blossom arrives in January."

45. "January is my favorite month, when the light is plainest, least colored. And I like the feeling of beginnings."

46. "Married when the year is new, he will be loving, kind and true... Married in January’s roar and rime, widowed you’ll be before your prime."

47. "Somewhere along the way, I realized that the new year doesn't begin for me in January."

48. "Leaving a bookstore is hard, especially on a day in January, when the ice is treacherous, the wind is blowing, and the books inside seem to gather together in colorful warmth."

49. "January 26th. The day when nothing remarkable happens to anyone else."

50. "January is here, with eyes that keenly glow, a frost-mailed warrior striding a shadowy steed of snow."

51. "There are two seasonal diversions that can ease the bite of any winter. One is the January thaw. The other is the seed catalogs."

52. "Write it on your heart that every day is the best day in the year."

Here at Kidadl, we have carefully created lots of interesting family-friendly quotes for everyone to enjoy! If you liked our suggestions for January quotes, why not look at these funny snow quotes or [January birthday quotes] too?