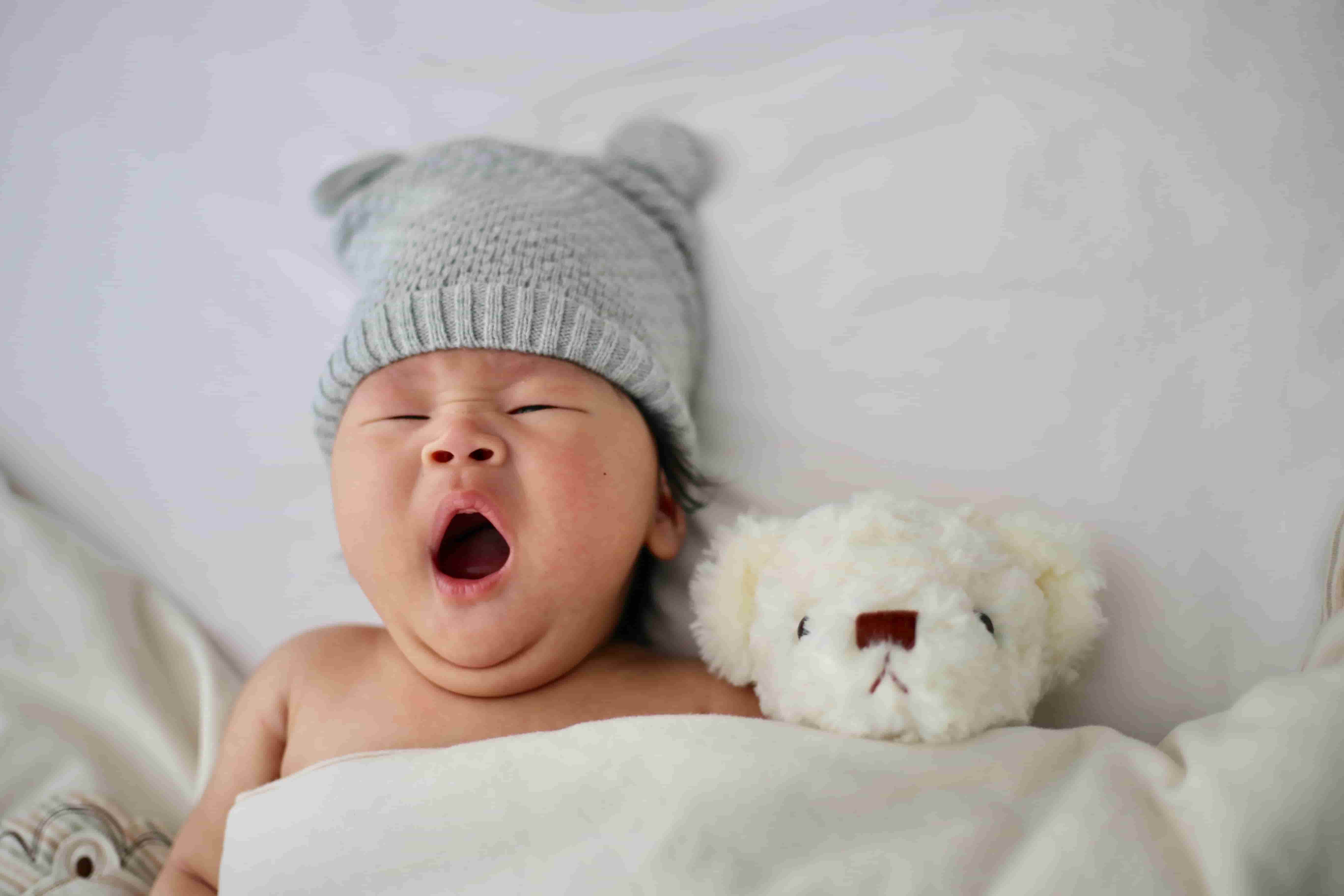 The Japanese language hosts a variety of great options for parents who wish to name their children a name with the letter K. The Japanese culture has a reputation for producing some of the world's most talented figures with impactful names with the K sound being quite popular as a starting syllable.

There have been many artists from industries like art, film, politics, and literature that have taken the world by storm. It's no surprise that Japan has advanced so quickly after giving birth to some of the world's finest minds. Some of Japan's most well-known names include Hayao Miyazaki, Hideo Kojima, Yoko Ono, Marie Kondo, and Akira Kurosawa. For other unique Japanese names, check out these rare Japanese names or the gender-neutral Japanese names.

If you are looking for more names from Japan, you can look at our articles on Tibetan Names and Gender Neutral Japanese Names.

If you're patiently waiting for your baby, chances are that you've spent a long time agonizing over the name you want to finalize. Now, you've finally landed on the letter 'K' for your baby girl. To ensure you can make the right choice, here is a list of 50 popular Japanese girl names.

1. Kagami meaning "mirror". Taiga Kagami is one of the main characters of Kuroko no Basuke, a Japanese manga.

7. Kaki meaning "oyster shell". It is quite rare, therefore, it features in plenty of lists that include rare Japanese names for girls.

14. Kanari meaning "pretty".  One of the most common names starting with K.

15. Kaneko meaning "golden child". It is a rather popular name in South-east Asia.

18. Kanon meaning "sound of the flower". It is a combination of the words "ka" meaning flower and "non" meaning sound.

24. Kari meaning  "borrowed". One of the common Japanese girls' name.

25. Karin meaning "flower bell". It is a common Japanese name that is also used in other cultures.

28. Kashi meaning "lyrics". This K Japanese name is lyrical in sound and meaning.

30. Kasumi meaning "mist". Kasumi Arimura is a prominent Japanese actress that has been featured in several well-known movies and TV dramas.

32. Kayoko meaning "child of a good generation". It comes under traditional Japanese names for girls.

33. Kazue meaning "one blessing" or "harmonious". It is a combination of the words "Kazu" (harmony/ one) and "e" (branch/blessing).

35. Kikuko meaning the "chrysanthemum branch". One of the popular Japanese girl names. Kikuko Inoue is a Japanese singer.

37. Kimiyo meaning "child of a generation". It is a rather traditional Japanese name, so it not as commonly used today.

38. Kinu meaning "silk". One of the popular Japanese girl names, which can be clipped from the first name, Kinuyo. Kinuyo Tanaka was a famous Japanese actress.

39. Kishi meaning "shore". It is also used as a family name and can be located in various regions in Japan.

41. Kiwako meaning "calm, harmony, peace". It is a rare name and therefore has a rather enigmatic appeal.

42. Kiyoko meaning "pure child". It is generally a feminine Japanese name that can be written in several different ways using Kanji.

43. Kiyomi meaning "pure beauty". Although the name has a Japanese origin, it is often also used in other languages.

45. Komako meaning "pony child".  One of the good Japanese names for girls with meaning.

46. Koto meaning "stringed instrument". The instrument that it most commonly refers to is a harp.

48. Kozakura meaning "little cherry tree".  It is a popular choice for a female Japanese name.

49. Kukiko meaning "child of the snow".  A great Japanese name for a baby girl.

50. Kyou meaning "apricot". It is a beautiful Japanese name starting with K.

There are a large amount of enticing and illustrious names for boys in Japanese culture. The list includes a multitude of names that start with k for boys.  Read the list below to find the perfect name for your baby.

51. Kai meaning "sea". It is one of the most popular boy names starting with K.

53. Kaisho meaning "fly over the sea".  It comes under the list of boy names starting with kai.

54. Kamin meaning "joyful". It is a name used for male children.

55. Kana meaning "borrowed character". It is a common name for boys starting with K.

56. Kaname meaning "cornerstone". The name is derived from the metal key used to tie the frame at the end of the fan.

57. Kanaye meaning "zealous one".  A nice baby name that start with the ka phonetic.

63. Kawakami meaning "above the river".

67. Kazuo meaning "harmonious man". It is a popular Japanese name for boys.

70. Kazutaka meaning "precious".  It is a popular Japanese boy's name starting with K.

73. Kenshi meaning "swordsman".  This is on the list of popular boy names that start with ken.

78. Kiwa meaning "born on the border"

79. Kiyo meaning "purity". The name gained prominence in the early 15th century and lasted well into the 20th century.

81. Kobayashi meaning "small forest". It is a beautiful name for a baby boy.

83. Kohei meaning "navigation".  It is a masculine name used for the male gender.

84. Koichi meaning "happiness and one".

85. Koji meaning "little one". It is a wonderful name for a baby boy.

86. Kokai meaning "sail across the sea". It is a popular male name across Japan.

89. Koshiro meaning "ambitious". It's a great name for a boy in the 21st century.

96. Kuro meaning "ninth son". It was a popular male name during the feudal period.

100. Kyosuke meaning "respectful". This is a beautiful choice for a baby boy.

If you're unsure about the gender of your child or want a cool unisex option, you've come to the right place. There are a variety of girl names that start with 'K', as well as boys' names.  There are also options available for parents who wish to name their baby a name with the prefix "ken" or "kai".  Here's a list of gender-neutral Japanese names that are great options for your baby.

101. Kaede meaning "maple leaf". This is a name popularly used for both genders.

107. Kanato meaning "sweet dreams".  It is a pretty name for your baby girl.

110. Kaoru meaning "fragrance". It is a common Japanese name for both boys and girls.

113. Kazumi meaning "peace". It is listed as one of the most popular Japanese female names in most directories.

114. Kazusa meaning "small west". It can be used interchangeably for either gender.

115. Kei meaning "square jewel".  It can also have several different meanings depending on the kanji characteristics.

116. Kenzo meaning "healthy".  The common name for both males and females.

117. Kichi meaning "fortunate". It is a two-syllable name and is pronounced as "ki-chi".

120. Kilala meaning "one with the cats". In Japanese culture, cats are esteemed as symbols of good luck and divinity.

121. Kirara meaning "gift of God".  Used to refer to something glittery that shines extremely bright.

140. Kouki meaning "radiance". Depending on the kanji characters it can also represent different forms of light and sunshine.

142. Kunie meaning "protection of the country".

Kidadl has lots of great baby names articles to inspire you. If you liked our suggestions for Japanese names that start with K then why not take a look at something different like Japanese Girls Names, or Vietnamese Boys Names.