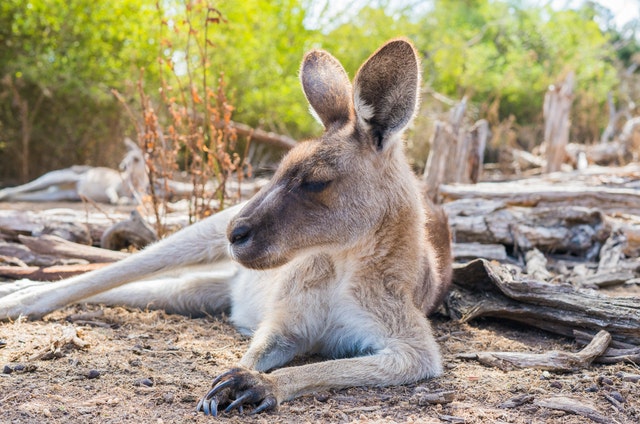 Kangaroos are powerful mammals with strong feet and cute pouches.

A baby kangaroo is called Joey. They are really very adorable and cute.

There are four different types of kangaroos; red kangaroo, eastern grey kangaroos, western grey kangaroos, and antilopine kangaroos. So, search for these kangaroo names wisely for your pouch animals. You can also call a kangaroo - Roo. It is one of the many adorable names that you can give to a kangaroo. Sometimes kangaroos can be aggressive too, and they might not like when a human approaches towards them. However, cases of killing are very rare, even though it is advised to maintain a safe distance from them.

If you want more names from down under, you can look at our other articles Australian Boy Names and Australian Girl Names.

16. Ringo (Japanese origin) meaning "apple." There is a famous musician Ringo Starr from 'The Beetles'.

Kangaroos are the most intelligent marsupials ever. Hopping red kangaroos in your garden can bring a lot of joy to you. Here are some good kangaroo names as an answer to your search for girl kangaroo names!

37. Shelby (English origin) meaning "from the town in hollow."

Owing to their pouches and hopping behavior, these cute kangaroo animals require some appealing names. Here is the list of most endearing names for these marsupials.

59. RooDolph (M) (Germanic origin) - A twist to Rudolph the Reindeer.

Owing to funny behavior and mischievous actions, these pouch mammals deserve some funny names too. Let's have some fun with these hilarious terms.

93. Bouncy (M/F) (English origin) meaning “someone who bounces a lot”.

Kidadl has lots of great names articles to inspire you. If you liked our suggestions for Kangaroo Names then why not take a look at New Zealand Names, or for something different take a look at Māori Names.