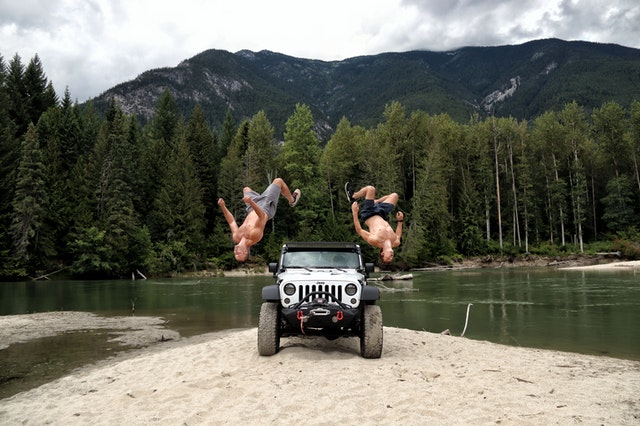 Being mad does not just mean being angry. In other words, madness also means that you are trying to stay sane by being a little insane.

When someone is not acting or following the normal societal norms, they are often regarded as crazy. When a person acts somewhat crazy, we often call them mad. Some would argue that we are all a bit mad really, such as Voltaire, who said "Optimism is the madness of insisting that all is well when we are miserable." This is just one of many insightful madness quotes out there! So let's explore these madness quotes.

1. "It is sometimes an appropriate response to reality to go insane."

3. "A child is a curly dimpled lunatic."

4. "Madness is to think of too many things in succession too fast, or of one thing too exclusively."

5. "The creative person is both more primitive and more cultivated, more destructive, a lot madder and a lot saner, than the average person."

6. "Creativity and psychosis often go hand in hand. Or, for that matter, genius and madness."

7. "That's how the madness of the world tries to colonize you: from the outside in, forcing you to live in its reality."

8. "Better mad with the rest of the world than wise alone."

10. "Money is our madness, our vast collective madness."

11. "No great mind has ever existed without a touch of madness."

13. "San Francisco is a mad city - inhabited for the most part by perfectly insane people whose women are of remarkable beauty."

14. "Love is a state of temporary psychosis."

15. "We all know your idea is crazy. The question is whether it is crazy enough."

17. "I have found both freedom and safety in my madness; the freedom of loneliness and the safety from being understood, for those who understand us enslave something in us."

18. "The great proof of madness is the disproportion of one's designs to one's means."

20. "When authority is total, so too is the madness of the man who declares it, and the potential for abuse of power."

23. "Everyone got kind of crazy with me mentioning I was in love with a woman."

24. "The modern society is fundamentally insane."

25. "The truly creative person is one who can think crazy."

Quotes About Madness And Insanity

Here, you will find insanity quotes that describe how crazy the world is and that it's better to be crazy than to be normal and boring.

26. "Being paranoid doesn't mean we're not being followed."

27. "First sign of madness, talking to your own head."

- J.K Rowling, 'Harry Potter And The Order Of The Phoenix'.

28. "I think insanity is the hardest thing to play."

29. "So long as man is protected by madness, he functions and flourishes."

30. "In a completely sane world, madness is the only freedom."

33. "I am trying to think of the last time that I just said, 'What the hell!' and did something crazy."

34. "If he was indeed mad, his delusions were beautifully organized."

37. "Life is very much more exciting now than it used to be. You see I have something more to expect, to look forward to, to watch. I really do eat better, and am more quiet than I was."

38. "Craziness is what makes the world round, without crazy, there wouldn't be passion."

39. "Humans, as a rule, don't like mad people unless they are good at painting, and only then once they are dead."

41. "I had noticed that both in the very poor and very rich extremes of society the mad were often allowed to mingle freely."

42. "Stay mad, but behave like normal people. Run the risk of being different, but learn to do so without attracting attention."

In this section, we have collected love and madness quotes that will make you realize that a little madness is needed in the world. These quotes about what madness looks like are very interesting.

45. "The 'silly question' is the first intimation of some totally new development."

47. "All forms of madness, bizarre habits, awkwardness in society, general clumsiness, are justified in the person who creates good art."

48. "Insanity destroys reason, but not wit."

49. "Madness tracked him like a homeless dog, needed only a kind word or gesture to throw its lot with him forever."

50. "Great wits are sure to madness near allied, and thin partitions do their bounds divide."

51. "Crazy people are considered mad by the rest of the society only because their intelligence isn't understood."

55. "And if you gaze for long into an abyss, the abyss gazes also into you."

56. "If you want to improve, be content to be thought foolish and stupid."

57. "If I am mad, it is mercy! May the gods pity the man who in his callousness can remain sane to the hideous end!"

58. "Insanity is doing the same thing over and over again, but expecting different results."

59. "There is no point in driving yourself mad trying to stop yourself going mad. You might just as well give in and save your sanity for later."

60. "A person needs a little madness, or else they never dare cut the rope and be free."

61. "Madness is something rare in individuals — but in groups, parties, peoples, and ages, it is the rule."

- Friedrich Nietzsche, 'Beyond Good And Evil'.

62. "Men have called me mad; but the question is not yet settled, whether madness is or is not the loftiest intelligence."

63. "The only difference between me and a madman is that I'm not mad."

64. "The world is becoming like a lunatic asylum run by lunatics."

65. "Madness need not be all breakdown. It may also be break-through."

66. "Save a little craziness for menopause!"

67. "Enough madness? Enough? And how do you measure madness?"

68. "Insanity is hereditary; you get it from your children."

69. "Madness borrowed its face from the mask of the beast."

70. "I can calculate the motion of heavenly bodies, but not the madness of people."

71. "Doubt… is an illness that comes from knowledge and leads to madness."

- Gustave Flaubert, 'Memoirs Of A Madman'.

72. "Madness in great ones must not unwatched go."

Are you ready for the final installment of madness quotes? Here, we have collected some mad quotes that will tell you that it's good to be crazy.

75. "If at first the idea is not totally absurd then there is no hope for it."

77. "Some are born mad, some achieve madness, and some have madness thrust upon 'em."

79. "Flirting with madness was one thing; when madness started flirting back, it was time to call the whole thing off."

80. "Too much sanity may be madness and the maddest of all, to see life as it is and not as it should be."

81. "It is only through mystery and madness that the soul is revealed."

- Thomas Moore, 'Care Of The Soul: A Guide For Cultivating Depth And Sacredness In Everyday Life'.

82. "There's a fine line between genius and insanity. I have erased this line."

84. "Everything great in the world is done by neurotics; they alone founded our religions and created our masterpieces."

85. "The extreme limit of wisdom – that is what the public calls madness."

87. "Man is certainly stark mad; he cannot make a worm, and yet he will be making gods by dozens."

88. "One person's craziness is another person's reality."

89. "The thoughts written on the walls of madhouses by their inmates might be worth publicizing."

90. "You're only given a little spark of madness. You mustn't lose it."

91. "You learned to run from what you feel, and that's why you have nightmares. To deny is to invite madness. To accept is to control."

92. "Books have led some to learning and others to madness."

93. "I am but mad north-north-west. When the wind is southerly, I know a hawk from a handsaw."

94. "There are certain people to whom one must advise craziness."

95. "All inventors, they say, are a little mad. I reckon that only completely sane people are willing to admit they are slightly crazy."

97. "All living things contain a measure of madness that moves them in strange, sometimes inexplicable ways."

98. "Insanity is often the logic of an accurate mind overtasked."

99. "Some madness doesn't act mad to begin with, sometimes it will knock politely at the door, and when you let it in, it'll simply sit in the corner without a fuss – and grow."

100. "Imperfection is beauty, madness is genius and it's better to be absolutely ridiculous than absolutely boring."

Here at Kidadl, we have carefully created lots of interesting family-friendly quotes for everyone to enjoy! If you liked our suggestions for Madness quotes, then why not take a look at these ['Hamlet' madness quotes], or [Mad Hatter quotes] too?