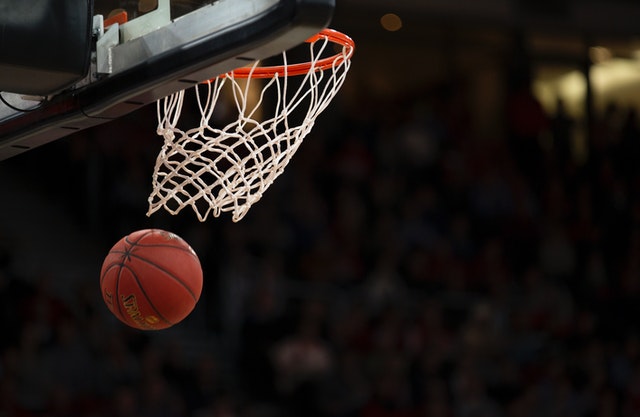 Basketball fans around the world get excited during the months of March and April, for the 68 teams who compete for the national title.

The real ‘madness’ behind this event are the brackets which is an online form used for betting and gauging the winners of the entire tournament. If a participant has a bracket with better predictions, compared to the rest of the entries, they win the contest!

However, it cannot be considered as gambling since it is more of fun competition and the chances of getting your predictions right are next to impossible. Nobody has ever had a perfect bracket in the NCAA March Madness to date! Due to the massive popularity of this tournament, several organizers and media outlets host such competitions. A perfect March Madness bracket is worth a billion dollars. You may use this list to pick a clever, funny, or cool bracket name for yourself or your friends and co-workers.

For other naming, adventures have a look at fantasy basketball team names and baseball baby names.

Here is a list of clever names that can help you spike some curiosity for your bracket.

1. American Cyborgs, the future in America is great, here and now and represented in this bracket name.

2. Awesome Pointers, for all the great predictions that are going to you get  participant points.

3. Back in Brack, this comes from the popular track Back in Black, portraying dominance and a cool edge.

4. Bracket Cases, derived from the phrase basket case which means someone who cannot be coped with as well as the basket on a basketball court.

5. Bracketeers, derived from the word “Racketeering” insinuating how criminally correct the predictions are going to be.

6. Bracket University, for the prediction that will be schooling the other participants.

9. Court Dashers, a great choice for the ones who know everything about the court.

10. Crazy Final 4, shows how great the final four predictions of the bracket are.

11. Crimson Panthers, derived from the black coat animals known as panthers, the crimson color comes from the blood of their enemies.

12. Delta Mafia, signifies the idea of the future of mafia, represented in a bracket.

13. Good Morning Bracket, makes a perfect name for a laid-back team who is sure to win with the bracket.

14. High Flyers, this can be a great name since this is aimed at basketball fans.

15. Hoops and Rings, both of these signify the basket in the game.

16. Killer Mavericks, a great name for an aggressive prediction crew.

17. Making Pointers Great Again, this is a double wordplay, making a clever joke and ensuring some three-pointers.

18. Point Bandits, a good bracket can make other contestants can lose all hope.

19. Point Gods, expresses the intent of being the best with the point selection.

20. Point To Point, this name can be used to showcase all the points that this form is going to predict.

21. Point Miners, derived from the idea of mining for points using the bracket.

22. Skull Fireballs, the common death-defying symbol of the skull in a fireball would be a great bracket name.

24. Wind Falcons, if the contestant is sure about how breezy the predictions are going to be.

Some of our funnier choices for names are listed below:

25. Ball Busters, basketball is a game played with a ball after all.

26. Big Pointers, for the contestant who wants to play big and win big.

27. Business as Usual, overconfidence is the key when it comes to great and winning predictions.

28. Club Hands, since the game of basketball can be only played with hands. One of the funny bracket names for sure.

29. Dirty Rotten Scoundrels, a funny and sarcastic name for a cool crew.

30. Dodgy Divas, this March Madness name is derived from the feeling of being suspicious and ahead of the game.

31. Fast and Bracket Less, this is funny because it is a bracket name. One of the best March Madness puns!

32. Fire Breathing Dragons, this one is just super cool.

33. Golden Heroes, since it only makes sense to go after the first prize.

34. In the Hoop, which shows how the points in the bracket will tally up.

35. Muscle Heads,  they won't see your brains coming with this name.

36. March to Victory, when it comes to using March in the name, this is a great choice.

38. PinPoint, a great choice when it comes to March madness bracket names, for the aware and accurate predictions from participants.

39. Pointy Party, an especially great choice for college basketball contestants sure of the winners after party.

40. Rhino Wigs, the usefulness of the wig, and the name can be debatable. One of the cool names for brackets.

41. Team Blush, a March Madness tournament bracket name pick for an all-women team. One of the cool girl NCAA bracket names for sure.

42. The Brackets for Baskets, both of these terms are crucial for the madness.

43. The Dodgefathers, an exciting wordplay based on the cult classic film Godfather.

44. The Mighty Mushroom, this college basketball tournament name that suits all the hippie participants.

45. The Wedgies, while wedgies are pretty terrible, your team won't be.

46. Sandy Savers, a great choice for the contestants who want to play it safe.

47. Serves You Right, it certainly does!

48. Wizard of The Pointy Sword, while this NCAA tournament March bracket name sounds like a fairy tale, the name incorporates a few points.

Having cool bracket names is an additional bonus, choose from the following list of names to be cool.

49. All American Sharks, every word in this NCAA tournament bracket name portrays being cool, especially sharks.

50. Alpha Reapers, some grim reapers only go after the best.

51. Banzai Rockets, Banzai means “cheers” in Japanese and signifies the celebrations that the win will follow. One of the super cool March Madness Bracket names.

52. Dark Hurricanes, this is a cool name for participants who want to take the game by a storm.

53. Dream Raiders, one of the brackets names appropriate for a winning team.

54. Final Four Finalist, this is a great NCAA tournament bracket name for someone confident with the predictions.

56. Hot Smoke, a great name choice for a new and popular participant.

57. Ice Commandos, derived from winter soldiers and their bravery makes the name even cooler.

60. May the Points be with You, there is nothing cooler than having a Star Wars reference.

61. Midnight Lunatics, this is a great name for night owl participants.

62. Muzzle Flash, this March Madness name signifies the quick and adept spark of a gun.

63. Peak Jordan, one of the March Madness names that is an honest ode to the best basketball player.

64. Planets to Moons, a bracket expecting to win galactic proportions.

65. Point Xpress, being a train full of points makes this a quick and easy choice for a cool name.

67. Roaring Tigers, this is a great choice for NCAA tournament contestants fascinated with wildlife and animals.

68. Secret Secret Agents, there is nothing cooler than secret agents who are secret.

69. Shockwave Court, a wild prediction bracket should use this name to be cool. A college basketball name you may like.

70. The Assassin, a funny March Madness bracket name especially if you want to kill the competition.

71. Thunder Hawks, this March madness bracket name is a great name who want to be as cool as the god of thunder.

72. Toxic Snakes, poisonous snakes are not only deadly they are also cool. One of the coolest March Madness group names.

Kidadl has quite a few other great names in other articles to help you name your next favorite thing. If you liked our suggestions for march madness bracket names, then you can also read about surfer names and athletic girls names.