53 Best Matrix Quotes That You Won't Want To Dodge 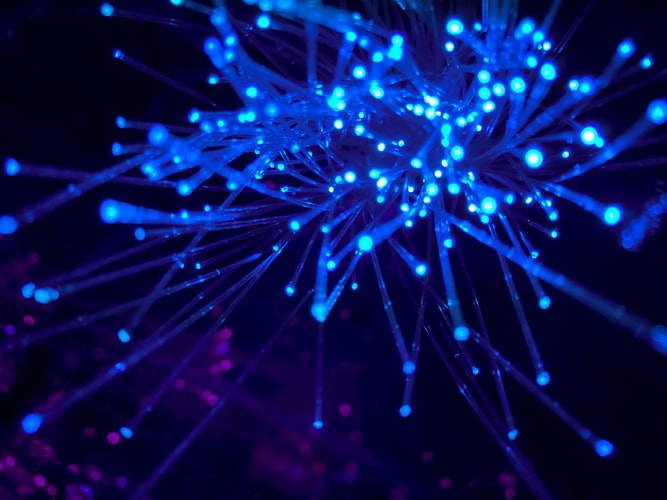 'The Matrix' series has a total of four films and is all about a cyberpunk story about the fall of mankind due to the development of AI.

It was created by writer-directors, the Wachowskis and produced by Joel Silver. It is owned by The Warner Bros.

The storyline takes place in a virtual reality system called The Matrix, which is used as a power source. Occasionally, some dangerous prisoners break free from the system and are then pursued both inside and outside of The Matrix.

Every list of famous '90s movie quotes is incomplete without quotes from this awe-inspiring sci fi movie that takes you away from the real world for a while. It’s a rabbit hole, but well, it’s a rabbit hole we love and can’t help going down. And of course, how can a list of 'The Matrix' quotes be complete without Keanu Reeves quotes as Neo or some quotes from our beloved frenemy Agent Smith. You’ve got to love the animosity between Neo and Agent Smith in 'The Matrix' Agent Smith quotes!

'The Matrix' is almost like an alternate reality future that is dominated by high evolved, self-aware machines. At one point in this world, a war breaks between them and mankind and the machines start a rebellion against the makers. The idea of the movie revolves around choices and outcomes. The blue pill or the red? From Neo to Agent Smith, everyone struggled. And believe whatever you want, it’s hard to come by someone who's ever satisfied with their choice. But hey, we all have to live our sci fi lives with the choices we make! All of this drama resulted in the best Keanu Reeves quotes as Neo amongst quotes from Agent Smith, Trinity, Cypher and many more. So, we have collated a list of the best 'The Matrix' quotes for you. Ready to go down the rabbit hole? Choose your favorite quotes by Agent Smith, Oracle and others, and let these 'The Matrix' quotes blow your mind.

1. “I know what you’re thinking, ’cause right now I’m thinking the same thing. Actually, I’ve been thinking it ever since I got here: Why oh why didn’t I take the blue pill?”

2. “Hope. It is the quintessential human delusion, simultaneously the source of your greatest strength and your greatest weakness.”

3. “Everything that has a beginning has an end. I see the end coming. I see the darkness spreading. I see death. And you are all that stands in his way.”

4. “You have a problem with authority, Mr. Anderson. You believe you are special, that somehow the rules do not apply to you. Obviously, you are mistaken.”

5. “I wish you could see yourself, Mr. Anderson. Blind Messiah, helpless. Pathetic.”

6. “One way or another, Neo, this war is going to end. Tonight, the future of both worlds will be in your hands… or in his.”

7. “Remember, all I’m offering is the truth. Nothing more."

8. “You are here because Zion is about to be destroyed. Its every living inhabitant terminated, its entire existence eradicated.”

9. “Choice is an illusion created between those with power and those without.”

10. "You hear that Mr. Anderson? That is the sound of inevitability!"

14. “Look past the flesh. Look through the soft gelatin of these dull cow eyes and see your enemy!”

16. “Human beings are a disease, cancer of this planet.”

Morpheus Quotes From 'The Matrix'

Morpheus from 'The Matrix' is the captain of Nebuchadnezzar, a hovercraft of the human forces of Zion. He was once a totally awesome human being until he was freed. Now he goes around helping others maintain peace in the Matrix. Here are some of the best 'The Matrix' quotes by Morpheus.

17. “I don't know what he can do to save us. But I do know that as long as there is a single breath left in his body, he will not give up and neither can we.”

19. “You take the blue pill - the story ends, you wake up in your bed and believe whatever you want to believe. ”

20. “Let me tell you why you’re here. You are here because you know something. What you know, you can’t explain. But you feel it.”

22. “What is 'real'? How do you define 'real'? If you’re talking about what you can feel, what you can smell, taste and see then 'real' is simply electrical signals interpreted by your brain.”

23. “Zion, hear me! It is true, what many of you have heard. The machines have gathered an army and as I speak, that army is drawing nearer to our home.”

25. “That's right, I am. But we all well know that the reason that most of us are here is because of our... affinity for disobedience.”

26. "A sentinel for every man, woman, and child in Zion. That sounds exactly like the thinking of a machine to me."

28. "You have to understand, most people are not ready to be unplugged..."

29. “What you know you can't explain, but you feel it. You've felt it your entire life.”

30. "You take the red pill - you stay in wonderland, and I show you how deep the rabbit hole goes."

Trinity Quotes From 'The Matrix'

Portrayed by Carrie-Anne Moss, Trinity plays Neo’s love interest in the sci fi franchise. She is a computer programmer and hacker who’s escaped from the Matrix. She’s famous for having broken a super secure database, which impressed Morpheus, and thus, he helped her escape from the program. Here is a list of some of the most powerful 'The Matrix' quotes by Trinity, grab the last chance to choose your favorite quote from this list!

33. “Touch me and that hand will never touch anything again.”

35. “Neo, I'm not afraid anymore. The Oracle told me that I would fall in love and that that man... the man that I loved would be The One.”

36. "A déjà vu is usually a glitch in the Matrix. It happens when they change something."

37. "Neo, Morpheus sacrificed himself so we could get you out. There is no way you're going back in."

38. "I believe that Morpheus means more to me than he does to you. I believe if you are really serious about rescuing him, you are going to need my help."

39. "Six hours ago, I was ready to give my life for you. Do you know what has changed in the last six hours?"

41. "In five minutes, I'll tear that whole goddamn building down."

42. "I know why you're here, Neo. I know what you've been doing... why you hardly sleep, why you live alone, and why night after night, you sit by your computer. You're looking for him."

Neo Quotes From 'The Matrix'

Portrayed by Keanu Reeves, Neo, born as Thomas A. Anderson, was a cybercriminal and computer programmer in the “real world”. Neo discovered the Matrix during his time as a hacker and was looking for Morpheus to explain it to him. As the events unravel, he suddenly finds himself in a dangerous situation, standing right in the center of this terrifying mystery. Read along for some of the best 'The Matrix' quotes by Neo (we also believe these might be some of the best Keanu Reeves quotes too)!

43. “Ever have that feeling where you’re not sure if you’re awake or dreaming?”

44. “I’ll show these people what you don’t want them to see. A world without rules and controls, without borders or boundaries. A world where anything is possible.”

47. “There are only two possible explanations: either no one told me, or no one knows.”

Here at Kidadl, we have carefully created lots of interesting family-friendly quotes for everyone to enjoy! If you liked our suggestions for 50+ of the best 'The Matrix' quotes from Neo, Trinity and more, then why not take a look at these '90s movie quotes, and ['American Beauty' quotes] for more?