60 Best Money Jokes You Have To Cheque Out 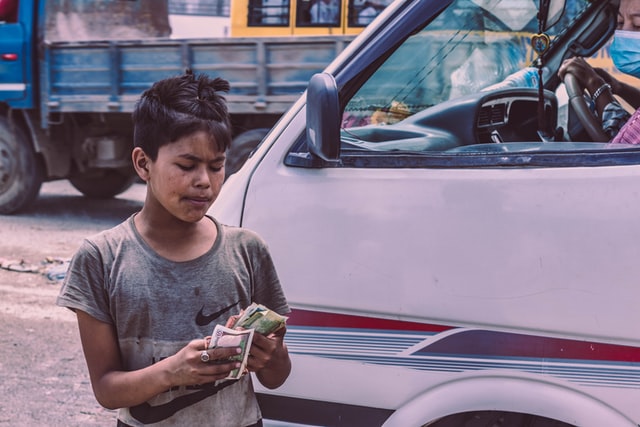 Money can be the most essential item necessary for our survival.

In the beginning, people used to exchange services and items with each other to survive. Since then, we've evolved and the medium of exchange has become things of necessity in exchange for money.

In today's time, people borrow money from each other in times of need. If they don't get it back in return when they expect it back, it can cause many problems. But everything isn't bad about it. Money can help us in many ways and can help us afford things we want in life. So why not joke about money in a more casual fashion? We've come up with a bunch of money jokes, finance jokes, broke joke, some dollar bill jokes, and many more others to make you laugh through anything.

You could also take a look at money puns and paper puns.

Money Jokes That Are Worth Million Dollars

Here we have some brilliant jokes about money and some money tree jokes and cash jokes to make you rich with laughter.

1. Why wasn't the dead woman living well? It's because she was dead broke.

2. Why didn't the man report it to the police when his credit card got stolen? Because the kind thief was spending less than the man.

4. What ad did the safe company display on their billboard? "If your things get stolen, well it's not our vault."

5. How did the dinosaur pay his bill at the restaurant? With Tyrannosaurus checks!

6. What did the man say when his landlord told him that he'd come to talk to him about his high heating bill? The man told him, "Sure, my door's always open."

7. Where did the frog put his money? It's in the river bank.

8. If money started growing on trees, what season would become everyone's favorite? Fall.

9. When does it start raining money? When there's a change in the weather.

10. What would you call it if you crossed a millionaire with a sorceress? Ms Richie Witch.

11. Why is money also called dough? Well, because every person kneads it.

12. Why did the woman put her money in her freezer? Because she wanted some cold hard cash.

13. Why do people say that if we want to get rich, we should keep our mouths shut? Probably because silence is supposed to be gold.

14. How can you become rich by eating? You should eat fortune cookies.

15. Where do polar bears go to keep their money safe? In snowbanks.

16. What would a duck say to the cashier after he was done shopping? He'd probably say, "Put it all on my bill".

17. What type of money do crabs pay their bills with? Sand dollars.

18. What would you call it if you lend some money to a bison? I'd call it Buff-a-loan.

19. How much money did the skunk have? It only had one scent.

20. What did the penny say to its friend, the other penny? It said, "Let’s meet and make some cents".

21. Why didn’t the cows have any money? It's because the farmers usually milk them dry.

22. Where does Dracula store his money? Probably in the blood bank.

23. Where will you always find money? In a dictionary.

24. Why did the robbers take a bath before they were going to steal from the bank? Because they wanted to make clean getaway.

25. What was the football coach yelling to the vending machine that ate his money? He was saying "give me my quarterback".

This list is full of funny money jokes, funny bank jokes, piggy bank jokes and so many more.

26. Why shouldn't you ask for money from the leprechauns? It's because they can never help. They are always a little short.

27. Why was the student eating his dollar bill? It's because his mother told her that it was for lunch.

28. Why did the one student swallow all her pennies? It's because the teacher told her that she needed more cents.

29. What did the Dollars name their daughter? They named her Penny.

30. What's the similarity between a dollar and the moon? It's that both of them have 4 quarters.

31. What would a stockbroker say to another stockbroker when they wanted the other person to stop talking? They'd probably say, "Put a stock in it".

32. What would you call a man that had a head full of change? He'd probably be called Headquarters.

34. What did the father do when his son wanted to go to a really expensive math university but didn't have enough money? The father cosined for him.

35. In England, what would you be called if you had to pay money to live inside a toilet? You'd probably be called a loo tenant.

36. Why did the man get caught just for accidentally dropping some money inside his washing machine? Probably because the police thought that he was laundering money.

37. What would you say if you became exhausted filling forms and calculating the amount of money you had to pay to your country? It had been a taxing day.

38. Did you hear about an ATM that got addicted to money? Heard it was suffering from withdrawals.

39. How do you make money in a dog exercising business? It should be a walk in the park.

40. What would you call it if you invested a huge amount of money into a corn farm? You could call it a major stalk investment.

41. Why wasn't the criminal able to steal all the money alone? Because she was banking on her friends to help her.

42. What would you name it if you took an exam about bad puns on how to scam money from people? It'd be called a pun-ching con-test.

43. What kind of car does a sushi chef who makes a huge amount of money drive? A Rolls-Rice.

44. Why did everyone warn the man when he said he wanted to invest all his money into a whipped cream factory? Because they all thought it was a huge whisk.

45. Why can't the dog lawyers make much money? It's because they are all pro-bone-O.

46. Why should you invest all your money in yeast? Because it has the ability to make your dough rise.

47. How much money do professional ice skaters usually make in a year? They make eight figures but they, unfortunately, can't access that because all their accounts are frozen.

48. Why don't the bees ever want to spend any money? It's because they all are stingy.

49. What would you call it if a bunch of crows started gathering money? It'd be called Crowdfunding.

50. What did the flutist do when she found out that she was not making as much money as the cellist was making? She asked the cellist what her bass salary was.

Here you'll find some knock-knock jokes that are nickel jokes, dollar jokes or financial jokes to make you rolling on the floor laughing like a penny.

No thank you, but I’ll take some peanuts if you have any.

Robin' you. Hand over all your money.

A Nicholas not much valued these days.

Bellows me money. Is he here?

Cash me if you can.

Hanover all your money.

Iowa you some money.

Yolande me some money, I'll pay you back tomorrow.

Here at Kidadl, we have carefully created lots of great family-friendly jokes for everyone to enjoy! If you liked our suggestions for money jokes then why not take a look at Green Puns, or Money Riddles.