125 Best Mongolian Names For Your Baby 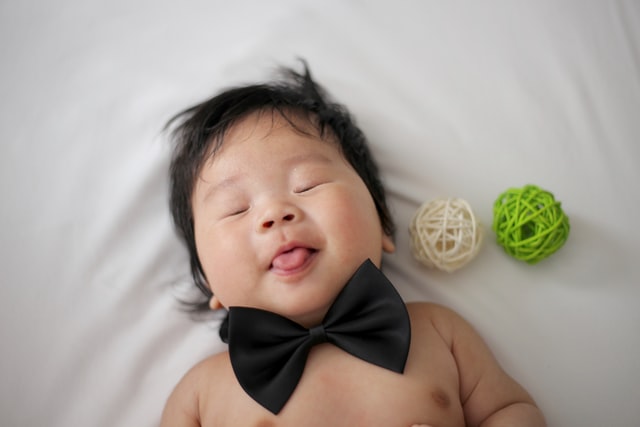 Mongolian baby name consists of two elements– a noun and its modifier.

Mongolians are not given any surname. Mongolians put their father’s first name before the given name as Mongolian last name.

Mongolia is a northern central Asian country, located between Russia and China. Ulaanbaatar is the capital city of Mongolia. The Mongols have a remarkable history, The Huns, a  community of people who lived in Central Asia were the ancestors of Mongols. Before the spread of the Buddhist religion, Mongolians use to follow shamanistic belief, which was associated with  Earth and its natural phenomenon, that is why Mongolian baby names are generally descriptive names representing auspicious connotations or symbols that are believed to bring good luck and fortune to the bearer.

There are several different ways of choosing a Mongolian baby name, the parents visit a Buddhist monastery and ask a lama before naming the baby. While the Mongolian nomads prefer a traditional method, according to which, a child is named after the first object seen after the baby's birth. In Mongolian tribes the baby naming ceremony involves, writing different names on slips of paper and shaking a bowl of rice until a name pops up, then the emerged name is given to the baby. Here is a list of names inspired by Mongolian culture and traditions.

For more baby names with meanings, take a look at Tibetan Names and Korean Boys' Names.

Mongolian name systems are done in the native language and they have been translated into languages of Chinese and Russian culture since they also have a long culture of nomadic society. Here is a  list of Mongolian baby names.

5.  Altan meaning "golden". A variant of the name Altin. Mongol khan Altan was the chief, who terrorized China during the 16th century.

8. Arslan meaning "lion". Arslan Khan was the prince of the Karluks, Mongol emperor Genghis khan gave him the title of Sartaqtai.

12. Batsaikhan meaning "he who is strong and nice." Ariunbold  Batsaikhan is a Mongolian footballer.

19. Batjargal meaning "firm happiness ". Baatarzorig Batjargal is a Mongolian painter who is famous for the techniques of Mongol Zurag painting.

21. Bayar meaning "happy". A joyful name for your child.

30. Chaghatai meaning  "baby". Chagatai Khan was the second son of the Mongolian ruler Genghis Khan and his descendants and successors.

31. Chuluun meaning "stone, or he who is strong as stone". Chuluun is a great name for your baby.

32. Dzhambul meaning "fortress". Dzhambul is a city in Russia and hence, this name has a diverse touch to it.

35. Gansukh meaning "steel axe". This can be one of the popular Mongolian baby names that you could go for.

36 .Genghis meaning "greatest and wise." Genghis Khan was the founder and first Great Khan and Emperor of the Mongolian Empire.

43. Monkhbat meaning "eternal firmness".  Mönkhbatyn Urantsetseg is  a World Champion of sports like sambo and judo.

45. Narangerel meaning "sunlight". This name might look difficult but can be one of the great Mongolian baby names with a bit of shine in it.

47. Oktai meaning "he who understands". If you are looking for wise Mongolian baby names, this can be a great choice.

51. Sukh meaning "one with an axe". This can be one of the sweet Mongolian baby names for your boy.

52. Sukhbataar meaning "hero of the axe, axe hero". Damdin Sükhbaatar was a founding member of the Mongolian People's Party.

54. Taimoorkhan meaning "he who is the king and the ruler". Inspired by Turkic-Mongolian ruler Tai

55. Tarkhan meaning "he who is skillful".

56. Temujin meaning "iron or strong, he who is strong as iron". Genghis Khan's real name was Temüjin Borjigin.

57. Timicin meaning "one who is of iron, a strong person". Dr Timicin's role was played by David Ogden Stiers.

58. TimurIron meaning "a person who is as strong as iron".

78. Geriel meaning "a light or a bright light".

79. Goa meaning "beautiful women" One of the short and sweet Mongolian baby names.

82. Khulan meaning "wild donkey". It was the name of Genghis Khan's wife.

94. Sechen meaning "a girl raised by a tiger in folklore".

98. Tsetseg meaning "flower". It is the name of a place in the western Mongol. Bayar Tsetseg.

102. Uyanga meaning "melody". Uyanga is a Province in southern Mongol.

Mongolian name consists of a noun and a modifier. Here is a list of unisex Mongolian given name.

117. Od meaning "star". Od is considered as a hypothetical power, it pervades nature and accounts for various phenomena.

125. Xanadu referring to a place in China, which was once Mongolian ruler Kublai Khan's Yuan dynasty. 'Xanadu' is also a 1980's American musical fantasy film.

Kidadl has lots of great baby names articles to inspire you. If you liked our suggestions for Mongolian Names then why not take a look at Colombian Names, or for something different take a look at Shaman Names.