79 Best Moon Puns That Eclipse All Others 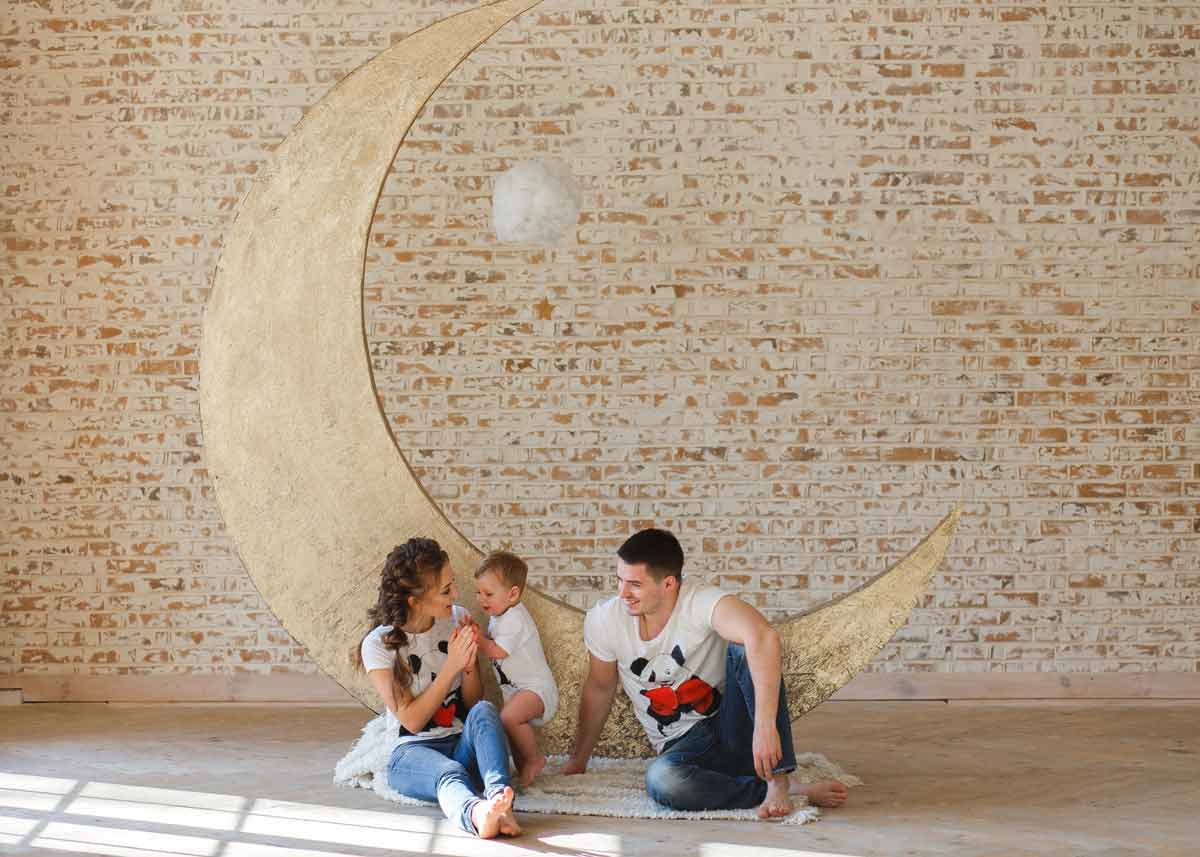 Are you looking for an a-moon-sing moon pun?

Perhaps you are looking for a catchy Instagram caption, or maybe you want to impress your kids with some hilarious full moon humor. We have an amazing selection of moon puns, moon jokes, moon one liners and even that perfect moon caption for a photograph that's out of this world; day or night, these puns about the moon are sure to raise a laugh.

Did you know that although the moon shines brightly, and we hear the phrase 'moon light', this is actually a reflection of the sun, as the moon does not create its own light? As the moon is orbiting the earth, different parts of the surface are being lit up by the sun, so although throughout the month we see the moon as many different shapes, it is actually just our view of the moon that is changing, our moon is always facing us exactly the same way!

There are many different variations of the full moon, including the wolf moon, the pink moon, the strawberry moon and even the flower moon which marks the beginning of spring. One of the most commonly spoken of full moons is probably the harvest moon, which appears in September and marks the end of the summer crop season, it shines brightly and helps the farmers see through the night as they bring in the final harvest.  The blue moon is the name we give a full moon that appears twice in one month, this happens roughly every two and a half years, and can feel pretty magical!

Check out our list of hilarious moon puns and jokes, they are pretty out of this world!

For more laughs, take a look at these space puns and these hilarious space jokes.

Fly Me To The Moon (Puns)

These moon puns are only funny at night! Just kidding, they can be moon-euvered into conversation at any time of night or day!

3. You must be a planet, and I must be a moon, because I totally revolve around you!

5. The rotation of the earth, really makes my day.

7. Don't forget to come back moon!

8. I think you are simply tre-moon-dous!

10. The moon seems pretty hungry, could you bring that snack lunar rather than later?

11. Did you know there is a series of online videos about the sun and the moon passing each other? Just look for E-clips.

12. What board game do they love to play in space? Moon-opoly!

13. You can park your space ship over their,  you just need to moon-ouver it a bit!

14. Astronomers got tired of watching the moon  rotate around the Earth for twenty-four hours, so they just called it a 'day'!

15. Are you trying to moon-ipulate me?

17. The moon seems to have a bit of an itch, do you think they've got a lunar-tick?!

18. Our cardboard spaceship will be great! Just use your i-moon-gination!

19. Those who study the moon are real optimists, they tend to look at the bright side.

20. I wonder what the moon's favorite bagel is? Probably cinna-moon raisin.

21. Sometimes I feel like I am the moon and you are the sun, I'd really be in the dark without you!

22. I don't mean to sound o-moon-ous, but that meteor looks awfully big!

23. Try not to crater-size those who love the moon, they can't help it if they are lunar-tics!

24. The moon has been talking for a long time now, I think it's just moon-ologging at this point!

25. The moon is so cheeky, it's always playing lunar-tricks.

26. I thought I saw a full moon last night but perhaps I was just i-moon-gining it!

27. You could say I'm the moon and you're the sun, because I really like having you a-round!

28. I wonder if the moon prefers coffee or gravi-tea?

It's Just A (Moon) Phase

30. Do you really think our behavior can be affected by the moon, or is that just lunacy?

31. Do you really love the moon that much, or are you just waxing lyrical?

32. How did the moon take the news? They weren't really phased.

33. I went to my first full moon party at the weekend, I have to say, it eclipsed my expectations!

34. What did the grouchy moon say? Just get outer my space!

35. When the moon is being super grumpy, its parents turn to each other and say 'gibbous strength!'.

36. On the moon they love a fancy breakfast, today they are having crescents!

37. I would love to crescent you with this award, for being the brightest moon tonight!

38. The moon seems to be going through another phase, should we get outer it's space?

39. When does Batman own the moon? When it Wayne's!

40. How does the moon keep it's legs so smooth? It waxes!

Would you love to jet off into space someday? Well you don't have to be Neil Armstrong to enjoy these space puns!

42. No need to Apollo-gize, I know you didn't moon what you said!

43. What did Neil Armstrong say when no one laughed at his moon jokes? I guess you had to be there!

44. That astronaut is such a good singer, I think they use auto-moon.

45. How does an astronaut tell the time? They just check their rocket watch.

46. What do astronauts say when they've tidied up? This place is looking space-ship shape!

47. It's hard to have a serious conversation with an astronaut, you would think they would understand the gravity of the situation!

48. I'm not really enjoying this space flight, I'd like to speak to the moon-agement!

49. The astronauts were pretty upset there was no wi-fi on the moon, they wanted to update their spacebook status!

50. You know, if the moon landing was faked, NASA owe us a huge Apollo-gy!

Throughout the year there are many different variations on the full moon, these are linked to the particular month of the year in which the full moon occurs, you might have heard of the blue moon, the strawberry moon and even the snow moon which occurs in December. We may have found one or two full moon puns related to these mysterious full moons...

51. Did you see the moon this evening? It's absolutely blue-tiful!

53. How often is it that you get to see a lunar eclipse? Only once in a blue moon!

54. Saturn said they'd give the moon a ring but they forgot! So now it is a bit of a blue moon.

55. The moon gets a little more chilly in September, time to put on it's har-vest!

56. My favorite moon is the strawberry moon, it's just so berry bright.

58. Did you hear that howling outside last night? Must have been a wolf moon!

If you are ready for some jokes about the moon, we have got you covered with these excellent funny moon jokes for kids. From harvest moon jokes, to full moon jokes,  there's a moon joke here that is sure to 'crater' laugh!

59. What kind of books does the moon like to read? Comet-books!

60. What is the first day of the week called in outer space? Moon-day!

61. Why is the moon so grumpy? It's just going through a phase!

62. What do moon people do after they get married? Go on their honey-earth!

63. Why couldn't the moon finish it's dinner? It was a full moon!

64. How do you organize a party for the moon? You just planet!

65. What is the moon's favourite type of music? Rocket and roll!

67. Why did the moon get a parking ticket? They forgot to pay the parking meteor!

68. How does the moon cut its hair? Eclipse it!

69. What is the moon's favorite type of cheese? Moon-zerella cheese!

70. Why did the restaurant on the moon get such bad reviews? There was just no atmosphere!

72. Which way did the cow jump over the moon? The Milky Way!

73. How would the moon get their baby moon to sleep? They rocket!

74. Did you hear about the cow that went to space? It landed on the mooooon.

75. What do you call a large amount of water on the moon? Lunar-sea!

76. Where does the moon go to get their qualifications? Moon-iversity!

77. What's the best drink they make in space? Le-moon-ade!

78. What is the moon's favorite cartoon? Lunar-toons.

79. What does the moon like to have on it's toast? Space Jam!

Here at Kidadl, we have carefully created lots of great family-friendly puns, jokes and riddles for everyone to enjoy! If you liked our suggestions for moon puns, then why not take a look at these rock puns for something a little 'meteor'! Or if you'd like to take a look at something a bit more down to earth, check out these ocean jokes. 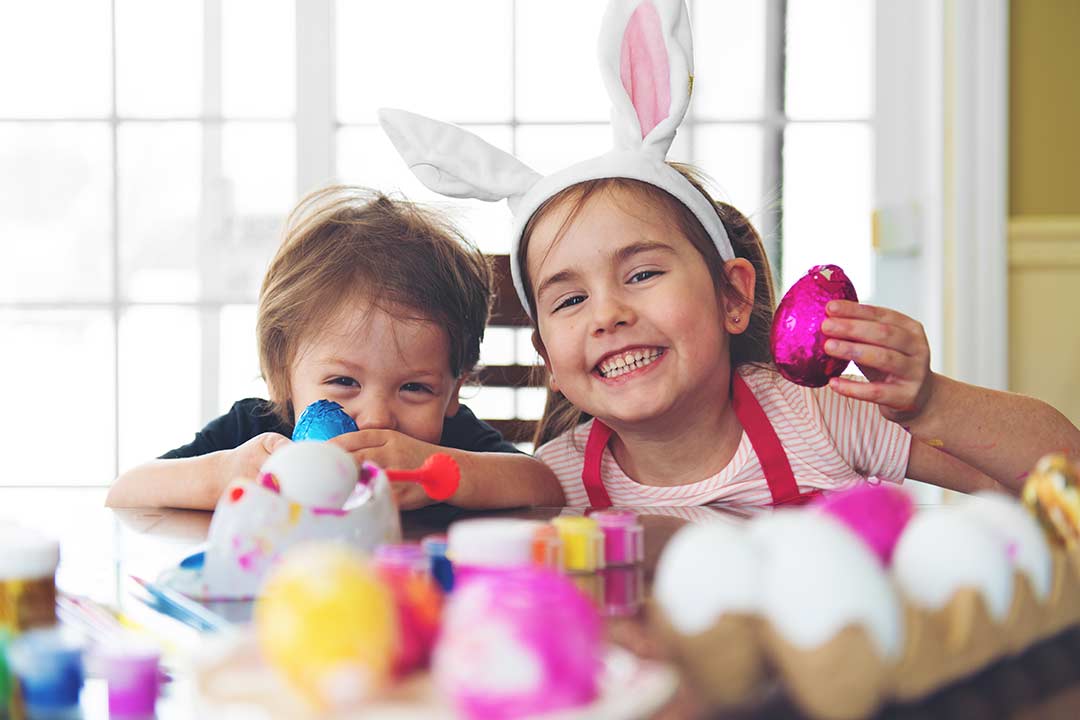 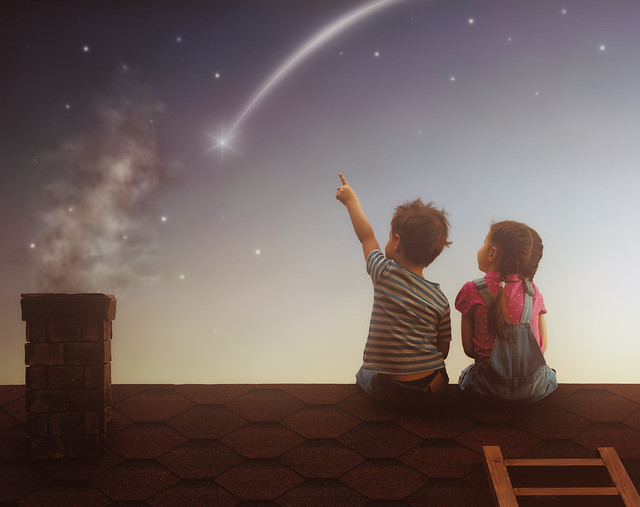 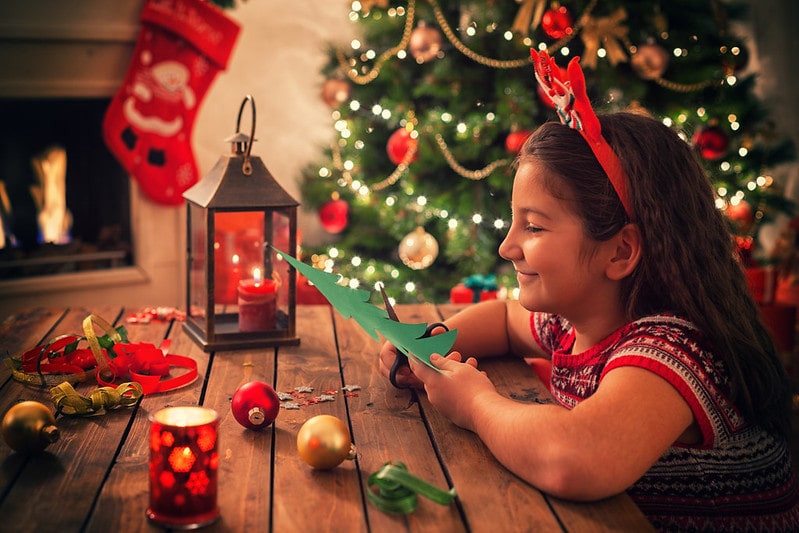 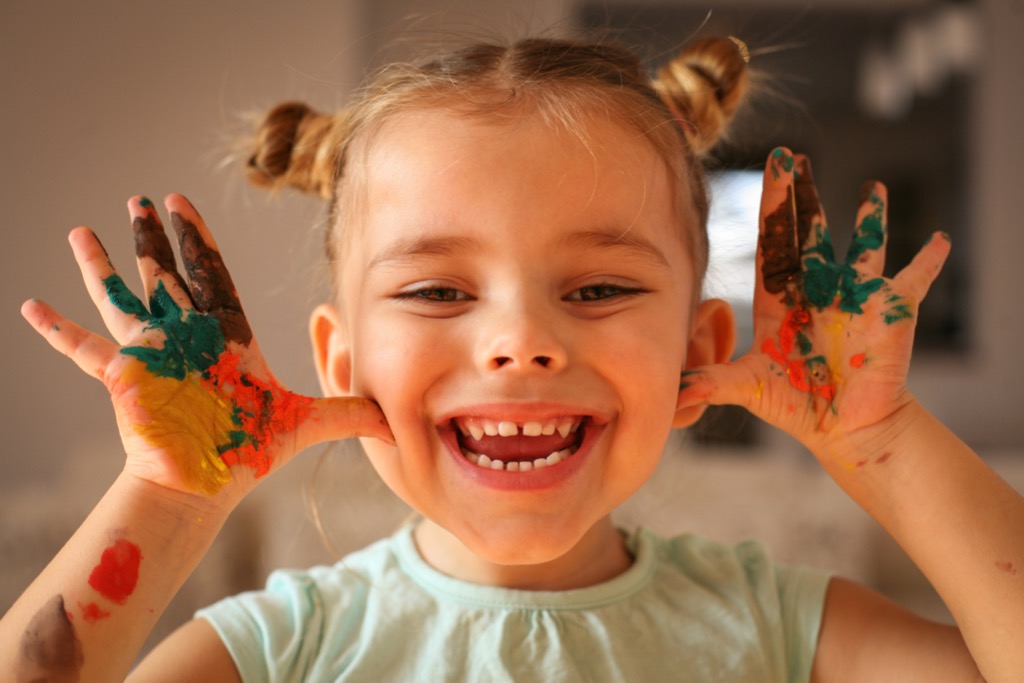 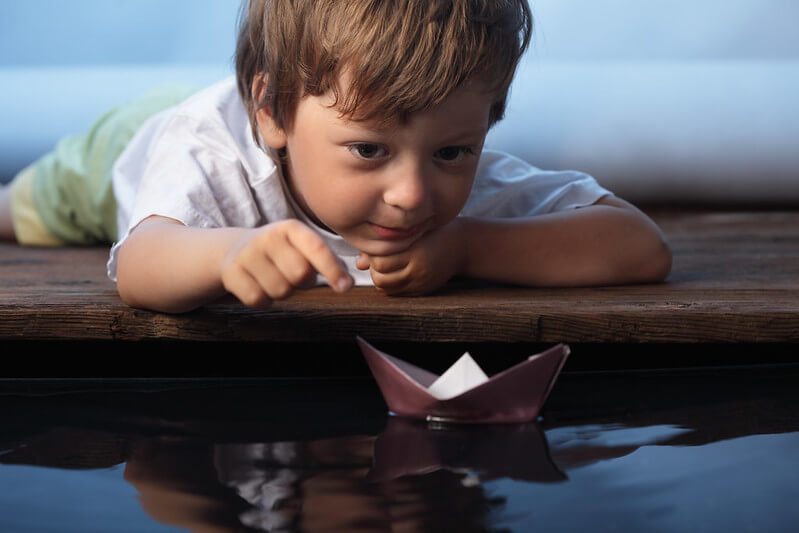 How To Make A Boat Out Of Aluminium Foil
Josie Bergman 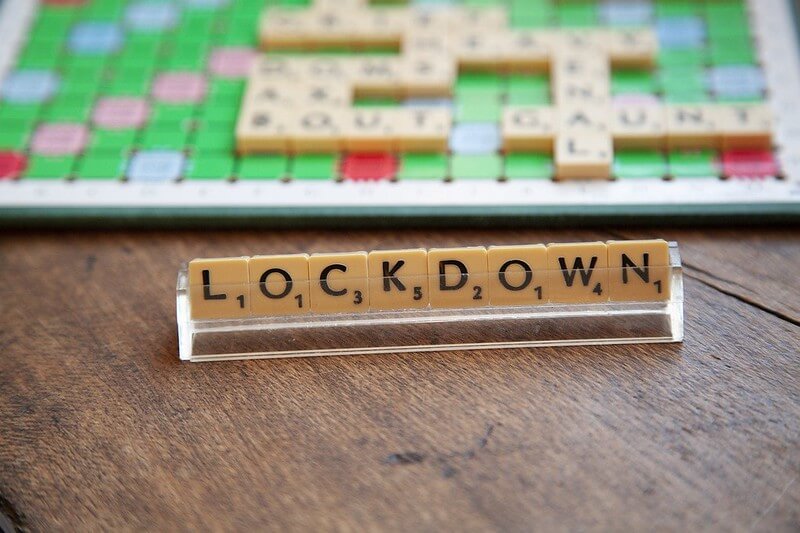