40+ Best Naga Names For Your Character 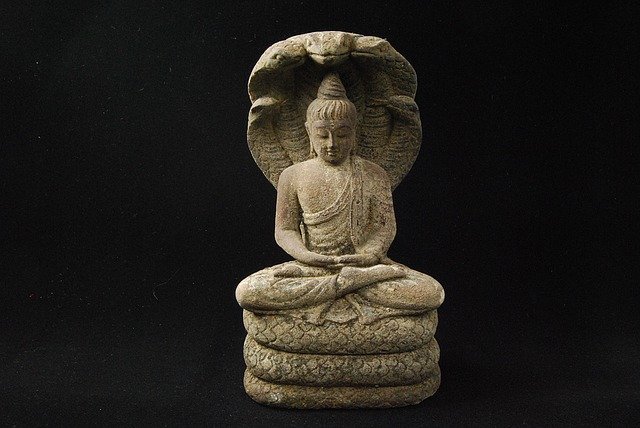 Are you looking for Naga name ideas and inspiration?

In Hinduism, Jainism, and Buddhism, the Naga are the semi-divine form of serpents that can occasionally take up the human form. The word ‘naga’ is also used to mean "snake" in Sanskrit.

The Indian Cobra is also sometimes explicitly referred to as Naga in India. It is generally between three and five feet long. The King Cobra is the longest snake, with a length of more than 18 feet!

There are three types of Nagas in the mythology: humans with snakes on their heads or around their necks, half-human & half snake forms, and common serpents. In Hinduism, Adishesha (also known as Balswarup Sheshnag) is considered the King of Nagas. Lord Vishnu from Hindu mythology is said to be always resting on Sheshnag. As per Puranas, Adishesha holds all the planets on its hoods.

Nagas also feature in online role playing games like ‘Dungeons And Dragons’ and ‘World Of Warcraft’. In the former, Nagas play a particularly important role.

If you want Naga names for your characters, you can find them from the list of names below across many different categories. And, if snakes in general fascinate you, then you can take a look at these names that means snake and these Worgen names.

If you are looking for a name for your male character and want to give it a serpentine touch, you can refer to the names from the list below.

1. Abhoga, one of the Naga King Sanskrit names, in Hinduism he is the Guardian of the southeast.

2. Anantanaga, one of the names for Sheshnag, the King of all snakes.

3. Apalala,  one of the Naga chiefs’ names from Buddhism, this name pays respect to Lord Buddha.

4. Apophis, a serpent in Egyptian religion and an enemy of the sun God. A name everyone will like.

5. Aryaka, a member of the Snake King Vasuki’s palace, he was described as a relative to the Pandava Bhima.

6. Balrama, one of the names of the incarnation of Sheshnaga in human form according to Hindu mythology.

7. Iravan, a half-Naga, the son of Arjuna and Naga Princess Ulupi in Hindu culture.

9. Kalakeya, a Naga who hid in the river Yamuna for hundreds of years to save itself from Lord Vishnu’s Mount Garuda.

10. Kulika, one of the Naga King names from Hinduism and Buddhism, the Guardian of the northwest.

11. Mandalaka, one of the decedent names of Naga King Takshaka.

12. Nahusha, a Naga spirit King of the Lunar Dynasty in Hinduism.

13. Ophion, one of the names of snakes in Greek mythology.

16. Veniskandha,  an ancient Naga King who fell into the fire for snake sacrifice as mentioned in the Hindu epic Mahabharata.

17. Virupaksha, Guardian King of the west and the leader of the Nagas.

18. Xiangliu,  one of the snake names from Chinese mythology, a nine headed Naga creature associated with floods.

If your character is female and you want to give her a snake name, the list below will help you.

19. Kadru, a female serpent, is considered as the mother of the Pannaga race of Nagas in Hinduism.

21. Padmavati, a serpent Queen and companion of Dharanendra.

22. Renuka, one of the Naga names mentioned in a Hindu epic.

23. Surusa, the mother of Nagas as described in Hinduism.

25. Ulupi, a Naga princess and the wife of the Pandava Arjuna in Hinduism.

If you like snakes and believe in mythology, you can name your character after one of these serpent Gods.

26. Gulika, one of the Ashtanga deity names in Hinduism, this serpent is red in color with a crescent mark in the hood.

27. Kaliya, a poisonous snake living in the Yamuna river in Vrindavan, Lord Krishna danced on this snake's hood.

28. Karkodaka, one of the Ashtanga deity names of a snake with a black body and three white stripes in the hood.

29. Mahapadma, one of the Ashtanga deity names in Hinduism, a snake with a white body and trident mark in the hood.

30. Mansa, the Hindu God of Snakes, worshiped in West Bengal in India for prosperity and fertility.

31. Mehen, an Egyptian Snake God who protected Ra, the sun God, from the night.

32. Muchalinda, a Naga serpent King who saved Lord Buddha from rain for seven days while he was meditating.

33. Nehebkau, one of the Snake God names in Egyptian mythology, he functions as a funerary God associated with the afterlife.

34. Nuwa, one of the Goddess names in Chinese mythology, a figure with the body of a snake and the face of a human female.

35. Padma, one of the Ashtanga deity names in Hinduism, a snake with a white streak and coral ornaments.

36. Shankapala, an Ashtanga deity name in Hinduism, a snake with a yellow body and white streak in the hood.

37. Takshak, one of the Naga Chief names from a Hindu epic, these are the only snakes which can fly and are said to be among the most venomous snakes.

38. Vasuki, the Naga snake we see around the neck of Lord Shiva, he has a gem called Nagmani on his head.

40. Zuhulong, a Chinese God with a snake’s body and a human head, responsible for day and night.

Naga Names From 'World Of Warcraft'

41. Azshara, the queen of Nagas in the game.

43. Sarevess, a tribe leader in 'World Of Warcraft'.

44. Vashj, the leader of the Coilfang tribe.

Kidadl has lots of great names articles to inspire you. If you liked our suggestions for the best Naga names for your characters, why not take a look at something different like these Blood Elf names or these Tauren names?