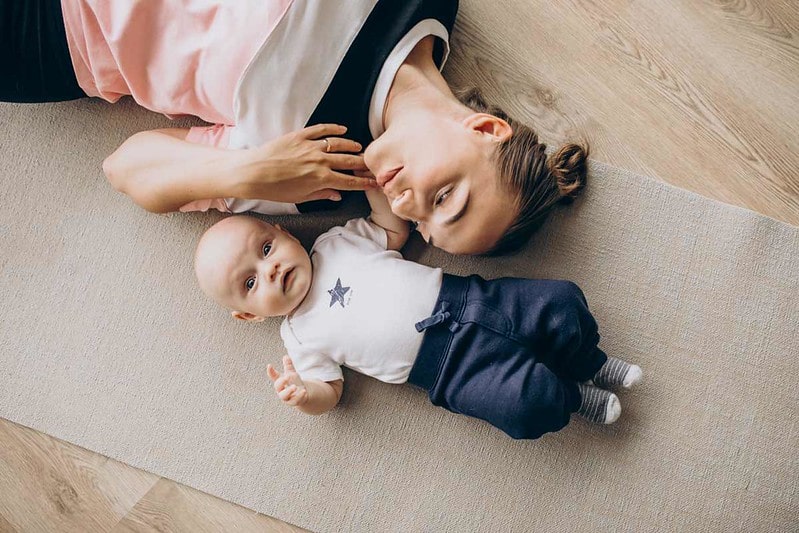 Perhaps the first thing parents decide for their children is their names.

Whether you're young or old, you still believe that your name is as unique as your existence. That is why choosing a baby name can be a difficult process, but this list of baby names that mean healing is a meaningful place to start.

Healing is one of the gifts we yearn for, whether physical, emotional, or spiritual healing.  Babies, when they're first born, give us exactly that type of healing. That's why we compiled a list of 60 baby names that mean healer for your upcoming newborn.

Starting with the little gentlemen, if you're looking for boy names meaning healer or boy names that mean healing for your baby, we're here to help you choose a unique and meaningful healer name.

1.Aeson (Greek origin), the origin for Jason, coming from the Greek (Iásōn) and meaning healer.

2.Alaunus (Celtic origin), derived from the name of the Gaulish God of the sun, prophecy, and leading. It means "light" or "bright," a connotation that the word healer possesses.

3.Apollo (Greek origin), after the Greek god Apollo of sun, music, and healing, just like the Gaulish Alaunus.

4.Arpachshad (Hebrew origin), among the boy names that mean "healer" or "release". It's derived from the name of the sons of the eldest son of Noah, Shem.

7.Bliant (Arthurian origin), meaning "healer" in the Arthurian legend of Bliant and Lancelot.

8.Chiron (Greek origin), who was a son of Cronus and a good centaur that taught several heroes of mythology. He was known for his wisdom and his ability to heal. It was used by Shakespeare in Titus Andronicus.

9.Daktari (African origin), meaning "one who heals others." It's both beautiful and altruistic, wouldn't you love for your baby boy to be both?

10.Derzelas (Thracian), after the god of abundance, health, and human spirit's vitality.

11.Errapel (Hebrew origin), meaning "the divine healer". It's popular in Israel and is one of the most poetic names.

12.Eshmun (Phoenician origin), who was a Phoenician healer god. The name is associated with therapeutic and ritualistic connotations.

13.Galen (Greek origin), derived from the name of Claudius Galenus, anglicized as Galen, a surgeon and philosopher. The name means "healer" or "calm" and is used exclusively for males.

14.Giasone (Greek origin), which is an Italian variation meaning "healer."

15.Grannus (Celtic origin), after the Gaulish deity Grannus, who was associated with the sun and thermal springs in Glanum.

17.Helem (Biblical origin), among the biblical names meaning "healing" and "dreaming." Although not so popular in modern days, it still sounds poetic.

18.Jaison (Greek origin), a name which also means healing and has various variations like Jason, Jasen, and Jaycen.

19.Jayr (Greek origin),  meaning "healer" but it is one of the rare names of the past century.

20.Josiah (Hebrew origin), one of the biblical names that mean healing, or literally "Jehovah has healed." Its pronunciation sounds like both Joshua and Joseph giving it extra charm.

21.Lee (Celtic origin), meaning healer. In old English, it means clearing of meadow, adding a greener connotation to the name.

23.Maponus (Celtic origin), relating to a Gaulish deity associated with the waters of a healing spring. He was also a god of youth, poetry, and singing, denoting physical and spiritual healing.

24.Maximón (Mayan origin), after the hero-god of health.

25.Ninazu (Sumerian origin), the name of God of the underworld and healing in Sumerian religion.

27.Rafael (Hebrew origin), meaning "God has healed" and remains one of the most famous names since it spans many generations and cultures. We have the well-known Rafael Nadal among the name bearers, and it's perhaps our favorite boy name meaning healer.

28.Wong (Chinese origin), derived from Yao Wang, a Chinese god of healing. The name is very popular in China and is the name of one widely acclaimed director, Wong Kar-wai.

Expecting an adorable baby girl and want her magical healing powers to cleanse your soul? Read this list of girl names for an equally magical choice!

29.Aala (American origin), meaning "the one who hunts and heals."

30.Aceso (Greek origin), inspired by the goddess of healing wounds and curing illnesses; she personified healing as a process rather than a cure.

31.Aegle (Greek), after the goddess of radiant good health. It's one of our best-favored baby names!

32.Airmed (Celtic origin), inspired by herbalism's goddess, who used her tears to make healing herbals and cure soldiers wounded on the battlefield.

33.Altha (Latin origin), meaning healer in Latin. It also has Greek origin, meaning high, elevated, or a healing herb. It is a majestic name.

34.Althea (Greek origin), among the girl names meaning "healer" or "wholesome", both adjectives are perfect for your baby girl!

36.Artemis (Greek), after the goddess of the hunt who also had healing powers, Artemis.

37.Beiwe (Semitic), after the goddess of the sun and sanity, who restored the mental health of those afflicted during winter.

38.Bona (Roman origin), after Bona Dea, a Roman goddess associated with purity and healing. One of our good healer names!

39.Brighid (Gaelic/Irish origin), meaning power, strength, vigor, and virtue, and inspired by the goddess of fire, poetry, and healing. It's one of the unique healing names!

41.Carmentis (Latin origin), a name meaning "healer" and derived from Latin carmen (a special utterance, like a poem or a song.)

42.Eir (Norse origin), after the name of the goddess of healing and medicine.

43.Emma (Teutonic origin), meaning "the healer of the universe. It also means"whole" or "universal."

44.Febris (Roman origin), after the name of the Roman Febris, the goddess who embodied and protected people from fever and malaria.

47.Iaso (Greek origin), after the name of a minor healing goddess, the name means "cure" or "remedy." It's very feminine, too!

48.Ianuaria (Celtic), after a Celtic goddess related to healing.

50.Meditrina (Latin), after a Roman goddess of healing, who helped when fatigue and unrest set in.

51.Panacea (Greek), after Panacea, the goddess of healing, and it means "all-healing."

54.Reselda (Latin), among the girl names that mean "healer."

55.Shaushka (Hittie), after the goddess of fertility, war, and healing.

56.Sirona (Celtic), after goddess Sirona, associated with healing and children.

57.Żywie (Slavic), after the goddess of health and healing.

If you want a unique name that fits both genders, you can choose from these three names that mean healing or heal.

58.Aja (Yoruba and Afro-American), inspired by the spirit of the forest and the animals that inhabit it and herbal healers.

59.Asa (Hebrew origin), meaning "healer" or "the one born in the morning." Because of its soft and straightforward pronunciation, it can also be used for females.

60.Leigh (Celtic), which simply means healer and is gender-neutral.

Kidadl has lots of great baby names articles to inspire you. If you liked our suggestions for Names Meaning Healer then why not take a look at Names That Mean Sweet, or for something different take a look at Scottish Names.

How Will ‘Back To School’ Be Different?
Matt Brown
No items found.