70 Best Names That Mean Life for Your Baby 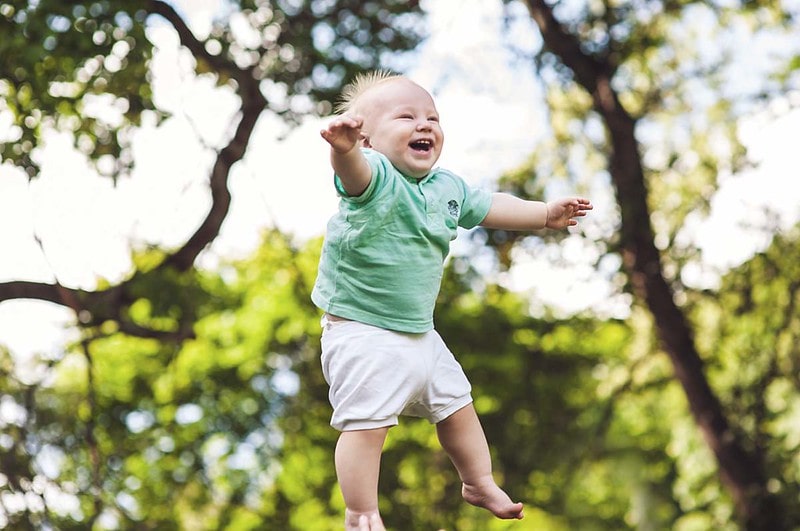 What's in a name?

Well, everything. If you're expecting a baby, you probably spend hours thinking about what possible names there are to choose from.

Parents give their children names that signify what the baby means to them. To most parents, their babies are life.

So, if you're looking for a unique name that reminds you of how sweet life can get with your baby around, read this list of the 70 best baby names that mean life.

Your little man will leave a huge mark on your life once he's born; for that, he needs a unique name meaning life or associated with it in some form.

1.Abel (Hebrew origin), a variation of Habel, meaning "breath" or "vapor" or simply "son," one of the cutest, most common names for boys.

3.Adam (Semitic origin), who was the first man created by god. It is a universal name mentioned in the Hebrew Bible, as well as Christian and Quranic verses.

4.Banks (English origin), meaning "a person who lives on the hillside or riverbank," which has life, mobility, and valor for its connotations.

7.Bourne (Old English origin), meaning someone who lives by the streaming waters.

9.Can (Turkish origin), meaning spirit, life, soul, or heart. Isn't your baby boy all of these things?

12.Deen (Hebrew and Arabic origins), meaning "a way of life" or "faith" or "religion." It is unique as much as it is universal.

13.Ethan (Hebrew origin),  meaning "firm, enduring, strong and long-lived." For a person who spent their teen years going to the movies, Ethan Hawke made that name all the more charming for me.

14.Godsalm (English origin), meaning "a person who welcomes friendships and embraces the gifts of life."

15.Haim (Hebrew origin), meaning life. It is another shorter variation of Chaim.

17.Harshavardhan (Hindu origin), meaning "the creator of joy in life." Perfectly suits the bundle of joy that is your baby boy.

20.Lazare or Lazarus (Hebrew), which literally means "God has helped" but is also the name of a Biblical figure described as being raised from the dead.

21.Macbeth (Medieval Gaelic), meaning "son of life." We do understand if you don't want to use it for its literary connotations, though.

22.Maguimba (Filipino origin), after the god who could bring the dead back to life.

23.Mahatma (Sanskrit origin), meaning "great-souled" and is used to honor any great person who is loved and respected, like Mahatma Gandhi.

24.Osiris (Ancient Egyptian origin), after the god of the afterlife, the dead, and the underworld agency that granted all life.

25.Phoenix (Greek origin), which refers to the mythical figure that rises from its ashes and has new life again. It gained wide popularity because of the Harry Potter series and Actor Joaquin Phoenix.

26.Polk (Slavic origin), meaning a person who achieves greatness and glory in life.

27.Suchart (Thai origin), meaning someone who is "born into a good life."

28.Trumwin (English origin), meaning  "a person who enjoys his life."

30.Vidal (Spanish origin), among the boy names that mean "life." We love it because it's short, sweet, and adorable to pronounce.

31.Zoticus (Latin origin), meaning "full of life" because all the babies are so full of energy and life.

How about a little princess? There's no doubt that girl names that mean life are some of the best baby girl names for a sweet queen.

32.Aisha (Arabic origin), meaning "she who lives." It has its cultural weight in the Arabic culture and Islamic heritage.

34.Asha (Swahili and Sanskrit origins), which means "life" in Swahili, and "hope" or "desire" in Sanskrit. We're in love with the soft pronunciation.

35.Abella (Hebrew origin), which is the feminine form of Abel, meaning breath, the essence of life; certainly deserves a spot among our top baby names.

37.Anastasha (Greek origin), one of the names with meanings reflecting "resurrection" and "new life".

41.Beatrix (Latin origin),  among the names with meaning: a voyager or a traveler in life.

42.Betha (Scottish origin), meaning life. We love the name because it's similar to other European names.

43.Cansu (Turkish origin), name meaning the water of life and combined from the Turkish "can," meaning "soul; life" and "us," meaning "water."

44.Chimalma (Aztec origin), a girl name after the Aztec goddess of fertility, life, death, and rebirth.

47.Eba (Latin origin), among the female names meaning "life" and derived from "Eve."

49.Eva (Hebrew name), the Latinate counterpart of English Eve, meaning "life," "living one," "full of life," or "mother of life."

50.Evika (Hebrew name), name meaning "life." We love it because it's short and sweet.

52.Feronia (Roman origin), a girl name after the goddess of wildlife.

57.Kiena (Japanese origin), name meaning "one with a prosperous life."

64.Zenobia (Greek origin), the name means life or the force of Zeus.

Last but not least, names meaning full of life, names that mean long life, or even just a name that means life also come in unisex variants.

66.Jilian (Latin origin) meaning youthful or one who enjoys their youth

69.Vida (Spanish origin), among the baby names meaning "life," and it's such a beautiful name.

Kidadl has lots of great baby names articles to inspire you. If you liked our suggestions for Names Meaning Life then why not take a look at Names That Mean Rainbow, or for something different take a look at 4-Letter Names.