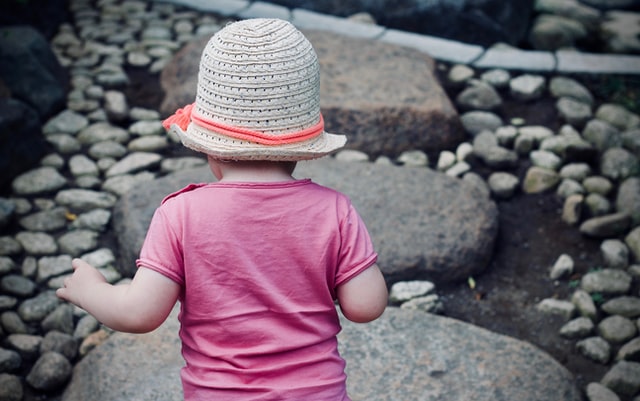 Parents want their baby to grow up strong like a rock and provide support to others.

If a name means stone, it gives a sense of strength and resilience to the child. There are many names for a rock, in a lot of languages like Celtic, Scottish and Old English.

When a name means "rock" or "stone", it is not only a piece of rock. It has a deeper meaning associated with the qualities of a warrior. It shows how warriors have the ability to face hardships as they stand solid as rocks. So, most names that mean rock, actually represent how the person is strong as a rock. There are several Old Norse names that can help your search for the name "rock" or even names with Biblical references that mean "stone". These have also been included in the lists below.

Here is a list of popular girl names that mean rock:

2. Ashma (Indian origin) meaning "rock".  Ashma is one of the popular Indian baby names for girls.

5. Gaia (Greek origin) meaning "rock from the Earth". In Greek mythology, Gaia, or Gaea, was the divine personification of the Earth and the matriarch of all things in existence.

9. Jetta (Danish origin) meaning "stone from Gagai". Jetta is a popular car that is produced by the German automobile company, Volkswagen.

15. Pedra (Spanish origin) meaning "rock". It is a name easy to remember because of the archaeological site in Brazil.

19. Pierrette (French origin) meaning "rock". It is the feminine form of the French name, Pierre, which means "rock".

26. Shila (Indian origin) meaning "rock". This is one of the more common baby names in India.

Boys names with significant meanings can be hard to find. However, a lot of popular boy names that mean "rock" or "stone" can be found in the list below.

34. Cairn (Scottish or Celtic origin) meaning "mound of stones". Cairn is a memorable name because of the Australian city, Cairns.

35. Carrick (Welsh or Celtic origin) meaning "rock". The name is often linked to Michale Carrick, an English footballer who played with Manchester United for 12 years.

37. Clive (Old English origin) meaning "rock". The name is often associated with Major General Robert Clive who was the first British Governor of the Bengal Presidency.

39. Eben (Hebrew origin) meaning "stone of help". A great name for a rock.

42. Parkins (English origin) meaning "rock". It is a very famous family name in England too.

45. Peter (Greek origin) meaning "stone" or "rock". Peter was also the name of one of the twelve apostles of Jesus Christ. A very common boy name in Greek.

52. Rochester (English origin) meaning "rock" or "fortress". It is also the name of a famous city in New York State.

53. Stanford (English origin) meaning "the stony ford". It is a name that is easy to remember because of the Ivy League, Stanford University.

54. Stanley (Old English origin) meaning "stone". It is a common name in Shakespeare's plays too.

58. Torsten (Scandinavian origin) meaning "Thor's stone". It is a compound of the theonym Thor and Sten "stone".

61. Winston (Old English origin) meaning "joy stone". Winston is often linked to Winston Churchill, one of the Prime Ministers of the United Kingdom.

A lot of gender-neutral names are of Celtic or Gaelic origin, popular in Irish and Scottish cultures. If you are in the search for a popular unisex name for your kid, your search ends here.

70. Rockwell (British origin) meaning "spring rocks". Rockwell is one of the largest neighborhoods in Manila, Philippines.

If you are in a search for gemstone names, here is a list of popular names in various countries, all of which means either "rock" or "stone", some of which are also gems.

78. Lapis (F) (Persian origin) meaning "blue colored gemstone". This is one of the rare names that mean blue rock.

A Parent's Guide To Clearing
Alice Carlill
No items found.