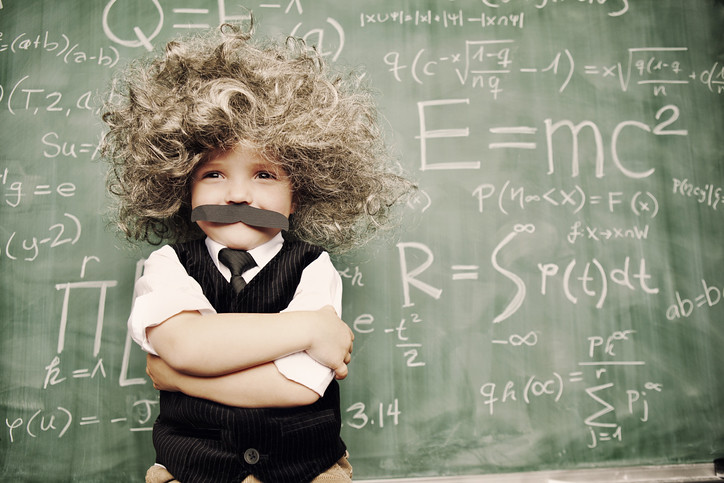 Nerdy jokes have quite a fun-element in them because they are the solutions for laughter potions.

A science lover would surely have gotten the nerdy puns mentioned above. Science nerd jokes or computer nerd jokes are something that gets a lot of attention when it comes to nerdy humor.

In the same way, when geeky jokes get turned into jokes about nerds, there is a double roar of laughter that makes the funny nerd jokes all the more hilarious, for everyone nerdy person in the room can relate to it. Some of the cute nerdy jokes are perfect for you to share the nerd love and laughter with someone you know in your class. What can be better than sharing some jokes? What's more, is that your fellow nerds will understand you expressing yourself in a funny way or with some corny science jokes. Check the below list of funny nerd jokes, jokes about dorks, as well as some corner science jokes, and a section of best nerd jokes ever to burst out in laughter with your friends.

You can also check out Computer Jokes and funny games related to Minecraft Jokes to make the joke-lover inside you feel happy.

Nerd humor is something that will have the nerdy people laugh at the same joke endlessly. Why? Because they all know the joke makes absolute sense. Check these funny jokes for geeks around you and get the answer right away.

1. How does the computer proudly address little son? My microchip off the old block.

2. How many programmers would it take to change a light bulb? Not even one, because it is a hardware problem.

3. What are you if you aren't a part of the solution? You are then the part of a precipitate.

4. What happens when you read a book about anti-gravity? You cannot put it down.

5. What is a glass of water with a tooth in it called? One molar solution.

6. What would a photon say about luggage while checking in a hotel? No luggage, I travel light.

7. What would happen if eight hobbits got together? They would know that they are turning into a hobbyte.

8. Why couldn't number 4 get into the nightclub? Because he was 2 square.

9. Why did the software engineer get six cartons of milk? Because his wife asked him to get one carton of milk and if they have eggs, get six.

10. Why shouldn't one drink water while studying? Because adding water decreases concentration.

Jokes for nerds or a joke about nerds always makes everyone laugh because we all know someone who is a nerd. This nerdy list of jokes is surely going to be the highlight for dorky parties. Look out for your favorite joke to snap in the crowd below.

11. Why is Superman always scared of fighting cases of cyber crimes? Because he is terrified of Krypto-Currency!

12. How do you comfort a grammar nerd? By distinguishing between there, their, they're.

13. What did the dad name his twin daughters? Kate and DupliKate.

14. What is a programmer from Finland called? A Nerdic.

15. When would a dad become a dad joke? When it becomes apparent.

16. Where should one store all the nerdy dad jokes? In a dada-base.

17. What is a computer programmer's least favorite animated movie? They absolutely despise "A Bug's Life"!

18. Why do accountants not love to read novels? Because the only numbers there are page numbers.

19. Why does the Roman ask for Martinus when he walks into a bar? Because if he wanted double, he would've asked for a Martini.

A joke that brings out the corniest ideas? Here is the perfect list of jokes for the nerdy group of friends who love to ask each other funny questions and laugh about the answers.

20. How many tickles were needed to get the squid to laugh? Ten tickles.

21. How would a high school kid react to 2 isotopes of Helium? HeHe.

23. What is the saddest part of parallel lines? They have so much in common but still never meet.

24. What remains if a man and a woman walk into a bar and leave after a while? The night.

25. What would a toe say if its sister stepped on it? Mi-to-sis.

26. What would you do with a sick chemist? If one cannot Helium or Curium, then one has got to Barium.

27. Why can't you trust any atoms? Because they are said to make-up things.

28. Why doesn't Helium react when it walks into a bar? The bartender says they don't serve noble gases there.

29. What happens if pi walks into a bar? The bar will run out of food because a pi never ends.

Funny jokes especially focusing on dork jokes, can never grow old. Here is a list of all-time funny jokes with geeky humor to have bursts of laughter from everyone in the room.

30. How many mathematicians would you need to change a light bulb? One, he will just assume that there is light in the room.

31. What if oxygen and potassium walk into a bar for a date? The bartender says, "It would be an OK date".

32. What would Silver Surfer and Iron Man make if they got together? An alloy.

33. Where would a criminal light end up? In a prism.

34. Why didn't anyone post a joke about sodium? Because everyone thought Na, no one would get the joke.

35. Why shouldn't one drink at a math party? Because you shouldn't drink and derive.

36. Why was a chemist hospitalized after copying the order of a fellow chemist? Because he said, "I think I'll have H2O too".

37. What did the chemists name the newly discovered elements that had taken everyone aback? They named it Ah, the element full of surprise.

38. What did the archeologists say when they discovered the new pyramid? They said it was unencrypted.

39. Why did the IT company set up their new offices near the sea beach? Because there, it was always cloudy!

40. What do you call science and mathematics nerds trying to mix well at a public gathering? You call them social engineers.

Here at Kidadl, we have carefully created lots of great family-friendly jokes for everyone to enjoy! If you liked our suggestions for Nerd Jokes then you will surely love this list of Space Jokes, as well as this hilariously crazy list of Star Wars Jokes that only a hardcore fan can understand.