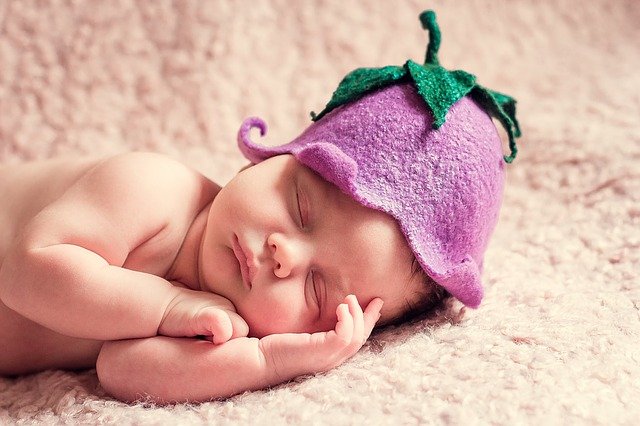 Choosing the perfect baby names is always a big responsibility for parents.

The baby's name should have an appealing meaning. A meaningful name makes your baby special and important.

New Zealand names are mostly of English origin or Maori origin. Maori are a group of indigenous Polynesian people in New Zealand. It is quite interesting to note that many names are illegal and banned in NZ, like Allah, Duke, Gunner, Messiah, etc. So, one has to do thorough research before getting the baby's name. Luckily, we have got a plethora of New Zealand baby names and meanings to choose from.

If you want to know more about names from different countries and origins, you may want to look at our other articles on Māori Names and Australian Girl Names.

Top baby names are always a top priority when searching for baby names. The most common and popular names in New Zealand are Charlotte and Oliver. Check out this list of top 10 NZ baby names.

1. Amelia (F) meaning "work". It is the English variant of the German word amal. Amelia Kerr is a famous New Zealand cricketer.

10. William (M) meaning "with gilded helmet" or "protector" in Old Germanic languages. William Reeves was a New Zealand politician and historian. William is quite a popular name in New Zealand. William as a baby name comes with a royal touch.

These baby names are popular because they are some of the top baby names out there. If you want some great girls' names for your baby, take a look at this list of New Zealand girl names and meanings.

14. Daisy meaning "day's eye". One of the most popular names found in  New Zealand.

16. Ella meaning "fairy maiden". It is one of the best girls' names from New Zealand.

17. Emily meaning "to strive" or "rival". Emily Perkins is a New Zealand author.

19. Eve meaning "life". This is a great choice for girls' names.

22. Hazel meaning "hazelnut tree" or "a color". One of the popular names for a girl with hazel eyes.

27. Lucy meaning "light". This name is associated with Lucy Hockings, a BBC news presenter and event host from New Zealand.

30. Willow meaning "from the willow grove".

Popular names never go out of fashion. Check out this incredible list of popular baby names for boys from New Zealand.

31. Archer meaning "one who excels at archery" or "bowman".

32. Arthur meaning "noble" or "courageous", after Arthur Shelby, a character from the tv series 'Peaky Blinders'.

33. Austin meaning "great" or "magnificent". This name is associated with David Austin, a New Zealand-based actor.

37. Charlie meaning "free man". It is a nickname for the name Charles.

39. Daniel (Hebrew origin) meaning "God is my judge", after Daniel Witwicky, the protagonist of the 'Transformer' series.

42. Hunter meaning "one who hunts". This is a perfect choice for boys' names.

4. Mason meaning "one who works with the stone". Mason Durie is a New Zealand professor of psychiatry and research.

47. Tyler meaning "maker of tiles". It is one of the most popular New Zealand boy names.

Gender-neutral names have a special charm. They are neither too pretty nor too macho and will be a perfect choice for a baby name. Here is a unique list of some of the gender-neutral popular baby names.

56. Ernest meaning "serious" or "resolute". This name is associated with Ernest Rutherford, a scientist from New Zealand.

60. Quinn (Irish origin) meaning "descendent of Conn". This is a unique name for boys and girls.

Maori baby names are often associated with beautiful sounds that prevail in evocative meanings. Being one of the main settlers, they have gained popularity as some of the best NZ baby names. Here is a fabulous list of the top 10 popular baby names of Māori descent.

65. Moana (M/F) meaning "ocean or sea". Moana is the protagonist of the Disney animated film 'Moana'.

66. Rawiri (M) meaning "the beloved" or "adored one". Rawiri Paratene is a New Zealand stage and screen actor.

Maori girl names sound unique and make a good choice for your baby. Check out this list of top 10 Maori names for girls.

72. Aroha meaning "love, mercy and almost a very compassionate person". Aroha Awarau is a journalist and playwright from New Zealand.

75. Hauku meaning "dew". This is a perfect choice for girls' names.

77. Kahurangi meaning "blue" or "honorable". It is a type of greenstone in New Zealand.

79. Marama meaning "moon" or "light". This name is associated with Marama Davidson, a New Zealand politician and member of Parliament.

Maori boys' names are special and can make your baby stand out. These popular baby names are rich in culture. Here is a great list of the top 10 popular Maori boy names for you to take a pick.

82. Ihaia meaning "God is your Salvation". This name is associated with Ihaia West, a New Zealand rugby union player.

85. Nikau meaning "palm tree". This is one of the most popular Māori boys' names.

87. Rangi meaning "sky". Rangi was the God of the sky in Maori mythology.

88. Rongo meaning "peace", is the Maori God of crops and peace.

89. Tawera meaning "morning star". This is a perfect name for boys from New Zealand.

Some last names can be also used as first names. Check out this list of popular last names from NZ.

91. Abbott meaning "priest" or "head of a monastery". This name is associated with the New Zealand actress Cortney Abbot.

97. Scott meaning "a person from Scotland", after Rosie Scott, a New Zealand novelist.

Many of the popular NZ names are of Biblical (or Hebrew) origin. If you are seeking a religious name for your baby, take a look at this list of biblical names from New Zealand.

109. Elizabeth (F) meaning "God is my abundance". Elizabeth Colenso was a missionary from New Zealand.