85 Best Ocean Quotes To Inspire You 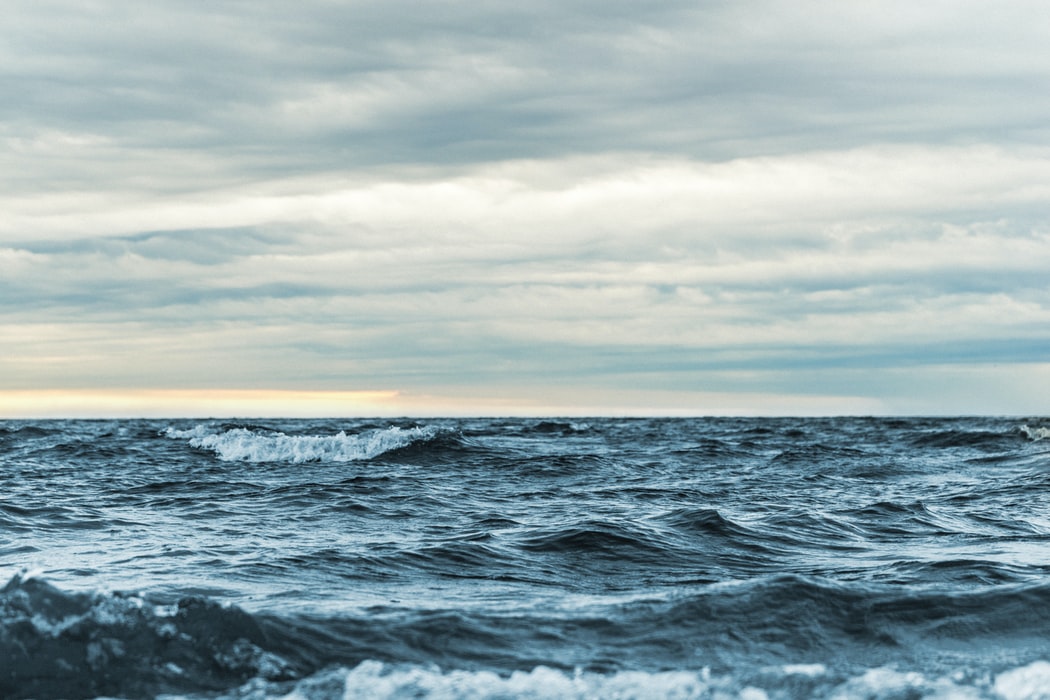 The ocean is a continuous body of salt water that cumulatively covers nearly three quartersof the Earth's surface.

There are five main oceans. These are the Pacific Ocean, Atlantic Ocean, Indian Ocean, Southern Ocean, and the Arctic Ocean.

The continents framing the ocean are what define their boundaries. Humans depend on these massive concentrations of water bodies for comfort and survival. 97% of the Earth's water supply comes from the oceans, which hold up to 1.34 billion cubic kilometers of water. Oceans regulate global weather patterns and temperature by distributing the sun's heat around the world. They absorb it and then transfer it to the atmosphere.

The oceans are home to millions of plants and animals, from microscopic single-celled organisms to the gigantic blue whale, the planet's largest living animal. Half of the world's oxygen also comes from phytoplankton, which are microscopic organisms that survive through photosynthesis on the surface.

For more related content take a look at these beach day quotes and [sailing quotes].

Inspirational Quotes About The Ocean

Ocean quotes and sayings that will inspire and motivate your thoughts about the oceans, from Holly Black and more!

1. “God gave me my love for the ocean and I honor him when I delight in that passion!”

2. “I couldn't imagine living in a state that didn't reach the ocean. It was a giant reset button. You could go to the edge of the land and see infinity and feel renewed.”

3. “Looking out over the ocean you can see reflections of God.”

4. “Individually, we are one drop. Together, we are an ocean.”

5. “In one drop of water are found all the secrets of all the oceans.”

6. “A river starts by longing for the ocean.”

7. “The ocean has a life of its own. Its tides, whirlpools, currents and eddies are a testament to its conflicting emotions.”

8. “I wonder if the ocean smells different on the other side of the world.”

9. “I go to the ocean to calm down, to reconnect with the creator, to just be happy.”

10. “The ocean is this beautiful, unexplored place. Why on Earth everyone isn’t down there, I don’t know.”

11. “The thing about the ocean is that the surface won’t always tell you what is going on underneath.”

12. “No one would have crossed the ocean if he could have gotten off the ship in the storm.”

13. “The ocean and the wind and the stars and the moon will all teach you many things.”

14. “Man cannot discover new oceans unless he has the courage to lose sight of the shore.”

15. “And the ocean, calling out to us both. A song of freedom and longing.”

16. “I loved the smell of ocean water. Salt always smells like memory.”

17. “In one aspect of you are found all the aspects of existence.”

18. “She loves the serene brutality of the ocean, loves the electric power she felt with each breath of wet, briny air.”

Ocean love quotes and deep ocean quotes are amazing thoughts to share with others, be it from a book, a speech, or simply someone's thoughts.

19. “We are opening up an enormous new era in archaeology. Time capsules in the deep oceans.”

21.  “We know that when we protect our oceans we’re protecting our future.”

22. “Civilization is like a thin layer of ice upon a deep ocean of chaos and darkness.”

23. “A healthy ocean is vital to our economy and well-being. We need clean and healthy oceans to sustain tourism and fisheries.”

24. “The ocean is a central image. It is the symbolism of a great journey.”

25. “Never underestimate the power of the ocean.”

26. “The ocean is so magnificent, peaceful, and awesome.”

27. “Even castles made from sand fall to the ocean.”

28. “Ocean: A body of water occupying two-thirds of a world made for man - who has no gills.”

29. “I love the ocean. I’ve always liked the blue, so tranquil and peaceful and gliding. And the fear of it.”

30. “Each kiss of an ocean wave is passed along, as long as there is life on and in the seas.”

32. “Sponges grow in the ocean. That just kills me. I wonder how much deeper the ocean would be if that didn't happen.”

33. “Ocean is more ancient than the mountains, and freighted with the memories and the dreams of Time.”

34. “How inappropriate to call this planet Earth when it is quite clearly Ocean.”

36. “What would an ocean be without a monster lurking in the dark? It would be like sleep without dreams.”

37. “We ourselves feel that what we are doing is just a drop in the ocean. But the ocean would be less because of that missing drop.”

39. “The ocean makes me feel really small and it makes me put my whole life into perspective.”

42. “The beauty and mystery of the ocean, fills our lives with wonders.”

43. “If you want to hear the distant voice of the ocean put your ear to the lips of a seashell.”

Quotes About The Ocean And Life

Great ocean quotes are a great source of information about life and the ocean. Can you find the quote from John F Kennedy here?

44. “If you wish to be a mine of jewels, open the deep ocean within your heart.”

45. “On the ocean of life let your mind be the ship and your heart be the compass.”

46. “It was a living thing that was as unpredictable as a great stage actor: it could be calm and welcoming.”

47. “My mother told me I had a chameleon soul, no moral compass pointing due north, no fixed personality; just an inner indecisiveness that was as wide and as wavering as the ocean.”

48. “Sometimes I catch myself staring at it and forget my duties. It seems big enough to contain everything anyone could ever feel.”

49. “The ocean stirs the heart, inspires the imagination and brings eternal joy to the soul.”

51. “We are tied to the ocean. And when we go back to the sea whether it is to sail or to watch it we are going back from whence we came.”

52. “We are all born in a little port but not all of us sail the vast oceans! Majority remains in the port!”

53. “Without the will or desire to achieve one is like flotsam on the oceans of time.”

54. “There's nothing more beautiful than the way the ocean refuses to stop kissing the shoreline, no matter how many times it's sent away.”

55. “You must not lose faith in humanity. Humanity is an ocean; if a few drops of the ocean are dirty, the ocean does not become dirty.”

Great quotes about the waves that will wash away your worries.

57. “Like as the waves make towards the pebbl'd shore, so do our minutes, hasten to their end.”

58.  “The universe is an ocean upon which we are the waves.”

59. “The waves broke and spread their waters swiftly over the shore. One after another they massed themselves and fell; the spray tossed itself back with the energy of their fall.”

60. “The breaking of a wave cannot explain the whole sea.”

61. “The winds and the waves are always on the side of the ablest navigators.”

62. “Just take your time – wave comes. Let the other guys go, catch another one.”

63. “Life is a wave, which in no two consecutive moments of its existence is composed of the same particles.”

68. “Every wave, regardless of how high and forceful it crests, must eventually collapse within itself.”

Quotes About The Sea

Some of the best sea quotes and sayings alongside some sea funny sea quotes talking about the sea and its impact.

69. “The voice of the sea speaks to the soul. The touch of the sea is sensuous, enfolding the body in its soft, close embrace.”

70. “The sea, once it casts its spell, holds one in its net of wonder forever.”

71. “To me the sea is a continual miracle; the fishes that swim, the rocks, the motion of the waves, the ships with men in them. What stranger miracles are there?”

72. “The calming movement of the sea along with the restless ocean breeze gently caresses me creating a soothing trance which lulls me to a place of peace.”

73. “The sea is emotion incarnate. It loves, hates, and weeps. It defies all attempts to capture it with words and rejects all shackles. No matter what you say about it, there is always that which you can't.”

74. “The sea, once it casts its spell, holds one in its net of wonder forever.”

77. “The sea will grant each man new hope, and sleep will bring dreams of home.”

78. “It’s out there at sea that you are really yourself.”

81. “He that will not sail till all dangers are over must never put to sea.”

83. “It isn't that life ashore is distasteful to me. But life at sea is better.”

84. There is nothing more enticing, disenchanting, and enslaving than the life at sea.”

85. “I would not creep along the coast but steer

Out in mid-sea, by guidance of the stars.”

Here at Kidadl, we have carefully created lots of interesting family-friendly quotes for everyone to enjoy! If you liked our suggestions for ocean quotes then why not take a look at these fish quotes or [seashell quotes] too?