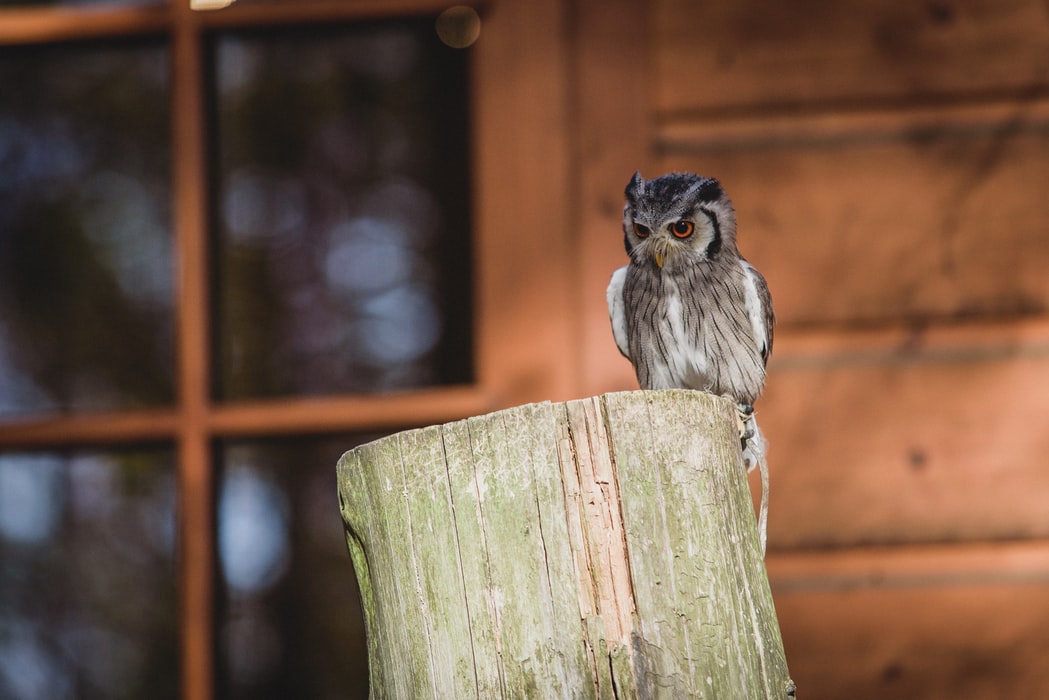 Owls seem to have always been a bird that sparks the creative imagination.

An owl is often used for symbolizing different emotions, such as victory, wisdom or solitude. They have also been associated with Halloween and the fantasy world.

Owls are known to attack people only in defense, and it is not fatal. One can say owls are not dangerous. Owl sayings can motivate people. Owl quotes never go out of trend in life. These are some old owl quotes, along with some amazing owl sayings, and owl proverbs by some of the famous authors and personalities such as Victor Hugo, David Mallet, Munia Khan, Jonathan Swift, and many more.

If you love what you read, do check out [bird quotes] and [flying quotes]

The list of owl quotes will help you get motivated and understand the importance of wisdom. These are some famous sayings about owls.

2. "Owl is the grand and rather clever old man of the forest. He can also spell Tuesday."

3. "Do not trap yourself into an owl's hooting sound where sad nights linger through the blackness of a hound."

6. "Those who drink whiskey with the owls at night, cannot soar with the eagles the next day."

7. "People say the darkness is where secrets are best hidden. Night time brings clarity and focus to owls, even if the aperture of this vision comes with a stigma."

8. "Alone and warming his five wits, the white owl in the belfry sits."

9. "Perhaps he does not want to be friends with you until he knows what you are like. With owls, it is never easy-come-easy-go."

10. "An owl is the wisest of all birds because the more it sees the the less it talks."

You might have often heard people talking about owl and relating it to different purposes. We have curated such owl phrases below.

11. "Lamentation is the only musician that always, like a screech-owl, alights and sits on the roof of any angry man."

12. "The clamorous owl that nightly hoots and wonders at our quaint spirits."

13. "Owls are known as lonely birds; but it is not known that they have the forest as their best friend!"

14. "The little owls call to each other with tremulous, quavering voices throughout the livelong night, as they sit in the creaking trees."

15. "Don't count your owls before they are delivered."

17. "She wants to be flowers, but you make her owls. You must not complain, then, if she goes hunting."

18. "Other sound than the owl's voice there was none, save the falling of a fountain into its stone basin; for, it was one of those dark nights that hold their breath by the hour together."

19. "Of all the horrid, hideous notes of woe, sadder than owl-songs or the midnight blast, is that portentous phrase, 'I told you so."

20. "Then lady Cynthia goes, with the fashionable owls, to bed."

Get inspired and add some quotes to your life with the help of these quotes below.

21. "The large white owl that with eye is blind, that hath sate for years in the old tree hollow, is carried away in a gust of wind."

22. "Owls are wise. They are careful and patient. Wisdom precludes boldness. That is why owls make poor heroes."

25. "If you are unwilling to defend your right to your own lives, then you are merely like mice trying to argue with owls. You think their ways are wrong. They think you are dinner."

26. "I'm a night owl, and luckily my profession supports that. The best ideas come to me in the dead of night."

27. "If there were werewolves around, I'd be likely to run into them, being the night owl that I am."

28. "When the silent flamingo dances pink with desire, I'll be there, sipping on owl stares and kitten curls."

29. "The owl, that bird of onomatopoetic name, is a repetitious question wrapped in feathery insulation especially for winter delivery."

An owl is the wisest bird among all the birds out there. The funny owl quotes created below speak about the value it holds within itself.

31. "The wailing owl screams solitary to the mournful moon."

34. "Some men pray only when the world is dark, as owls hoot at night."

35. "That little owl with a call as steady as my heartbeat was telling anyone who would listen, 'I am here.'"

36. "Then at night the general stillness is more impressive than any sound, but occasionally you hear the note of an owl farther or nearer in the woods."

37. "It was the owl that shrieked, the fatal bellman, which gives the stern'st good-night."

38. "Owl was telling Kanga an interesting anecdote full of long words like Encyclopedia and Rhododendron to which Kanga wasn't listening."

There are different obstacles in everyone's life. These owl quote will help you sort out things better.

41. "The Owl that calls upon the Night

43. "We learned to be patient observers like the owl."

44. "You can't hoot with the owls and then soar with the eagles."

45. "The owl and the pussy cat went to sea, in a beautiful pea green boat. They took some honey, and plenty of money, wrapped up in a five pound note."

46. "As Hegel put it, only when it is dark does the owl of Minerva begin its flight. Only in extinction is the collector comprehend."

47. "A legend, Kludd, is a story that you begin to feel. And perhaps makes you become a better owl."

49. "The ignorant hath an Eagles wings, and an Owles eyes."

50. "At home, I love reaching out into that absolute silence, when you can hear the owl or the wind."

These owl quotes given below will act as a medium to realize how important it is to awaken the wisdom inside you.

51. "An owl sound wandered along the road with me. I didn't hear it--I breathed it into my ears."

52. "I'm the worst night owl, because I'm a self-loathing night owl who thinks, 'No, I should be getting up early'."

53. "Thou ominous and fearful owl of death."

54. "Why should I copy this owl, I might just as well try to trace a perfect circle."

55. "My friends call me an owl. Apparently, it's a combination of being wise and having big eyes."

57. "An owl is traditionally a symbol of wisdom, and we are vigilant when others are resting."

59. "The owl of Minerva spreads its wings only with the falling of the dusk."

60. "No owl is afraid of the night, no snake of the swamp and no traitor of the treason!"

62. "The owl flies, in the moonlight, over a field where the wounded cry out. Like the owl, I fly in the night over my own misfortune."

63. "Words should wander and meander. They should fly like owls, should murmur and scream and dance and sing."

64. "I don't really start writing until later in the night. I'm a night owl."

Here at Kidadl, we have carefully created lots of interesting family-friendly quotes for everyone to enjoy! If you liked our suggestions for owl quotes, then why not take a look at [eagle quotes] or [nature quotes].

Can You Still Hold A Children’s Birthday Party?
Matt Brown
No items found.