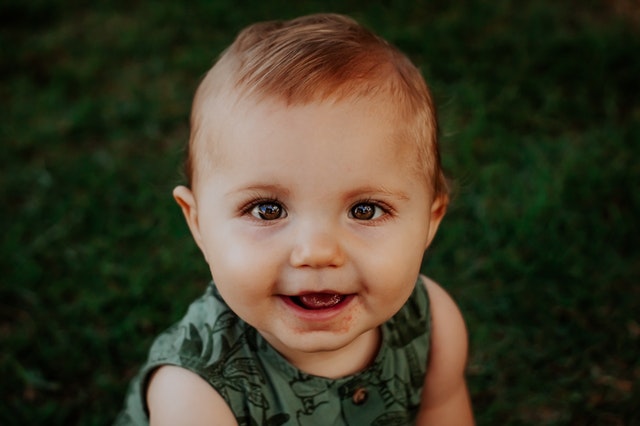 Looking for an appropriate name becomes your priority when you have a new baby.

Most baby names given after the time of a child's birth in Pakistan are inspired by prominent religious figures or the world's virtues. The names of many Pakistani babies are taken from religious texts, like the Quran.

Hence, it is a common tradition to name Pakistani babies after the divine Allah, a notable prophet featured in the Quran. Many baby names are derived from Arabic, Persian, Urdu, and Turkish languages. In many cases, boy babies can be given two names or more when they are born, out of which, one is chosen to be the most addressed called name. Female babies, however, are not usually given more than two names. This is unlike the Western tradition of giving more than one. The name Pakistan was coined by Choudhry Rahmat Ali and soon the name became famous all over the world. This country has inspired some beautiful baby names and meanings.

If you are on the search for a list of relevant names, here's a wholesome list of the most beautiful and meaningful names to help you out as you first step into parenthood.

If you are interested in learning more about different names and surnames, you can look at our other articles Sanskrit Baby Names and Sikh Names.

On the search for modern Islamic names? Check out this list of Pakistani modern baby names to help you in your first step into parenthood.

1. Ahmed (Arabic origin) meaning "praiseworthy" or, "commendable." A modern and beautiful Pakistani name. Ahmed Ali was a famous Pakistani novelist known all over the world.

3. Arham (Arabic origin) meaning "one filled with compassion." A unique Pakistani name for a baby.

5. Awan (Arabic origin) meaning "a moment of time." A brilliant name to give a happy child.

7. Ayaan (Arabic origin) meaning "inclined towards God." A popular name for both Muslim and Hindu children.

8. Aysar (Arabic origin) meaning "one who is living better." A beautiful Pakistani name given to baby boys.

9. Ayyubi (Arabic origin) meaning "one who is patient, humble, and virtuous like prophet Ayyub." A perfect Islamic name for a baby boy.

16. Hamza (Arabic origin) meaning "without any weakness." A popular and powerful name used for baby boys in Islamic countries.

17. Harnail (Islamic origin) meaning "one from Harnai, a city of Pakistan."

20. Kachela (Islamic origin) meaning "a surname of the people of Samma tribe."

21. Khaan (Turkish origin) meaning means "ruler." One of the most popular baby names.

22. Muhallil (Arabic origin) meaning "one who has pronounced the Testimony of Faith." An Islamic baby name given to somebody who believes "there is no deity besides God."

23. Muhazzim (Urdu origin) meaning "one who defeats everyone." A beautiful and powerful name, popular amongst people in Pakistan.

If you are on the search for a list of good traditional Pakistani male names to use, check out this list.

33. Attaf (Arabic origin) meaning "one who protects the weak and oppressed."

47. Chashida (Persian origin) meaning  "one who is experienced." A unique Muslim baby boy name amongst the people in Pakistan.

51. Ejlaal (Islamic origin) meaning "to honor." A Muslim name derived from the Quran.

57. Fidvi (Urdu origin) meaning "one who is ready tso sacrifice."

60. Mourib (Arabic origin) meaning "one who is fluent." A popular name in Muslim languages.

64. Tahmaseb (Persian origin) meaning "the name of a character in 'Shahnameh.'"

Looking for a list of cool female names? Check out this list of Pakistani female names you would love to use that are hip and modern.

73. Anadia (Urdu origin) meaning "delicate, moist and tender." One of the top names for Pakistan girls.

88. Ateef (Arabic origin) meaning "kind one who likes to help."

92. Bahnaz (Persian origin) meaning "one you love the most." One of the top names given to girls in Pakistan.

96. Eshaal (Arabic  origin) meaning "enlivened with the light of knowledge."

102. Haniya (Arabic origin) meaning "pleased." One of the top baby names in Pakistan.

111. Muhaimin (Islamic origin) meaning "protector." One of the popular names in Pakistan.

On a search for traditional names? Check out this list of traditional and meaningful female names you would love to choose after the birth of your beautiful Pakistani daughters.

114. Atiyyaat (Urdu origin) meaning "gifts." One of the top names in Pakistan.

127. Ayyubia (Arabic origin) meaning "a woman who is as patient as prophet Ayyub."

138. Hukaymah (Urdu origin) meaning "the granddaughter of Umaymah and Ruqayqah."

139. Hukayman (Muslim origin) meaning "the reciter of the Quran and the daughter of Mahmood Bin Muhammad ."

141. Qudrah (Arabic origin) meaning "the capacity of a woman."

Kidadl has lots of great baby names articles to inspire you. If you liked our suggestions for best Pakistani names then why not take a look at something different like Indian Boy Names or Indian Girl Names.