50 Best Pilot Quotes for Those Who Like To Fly High 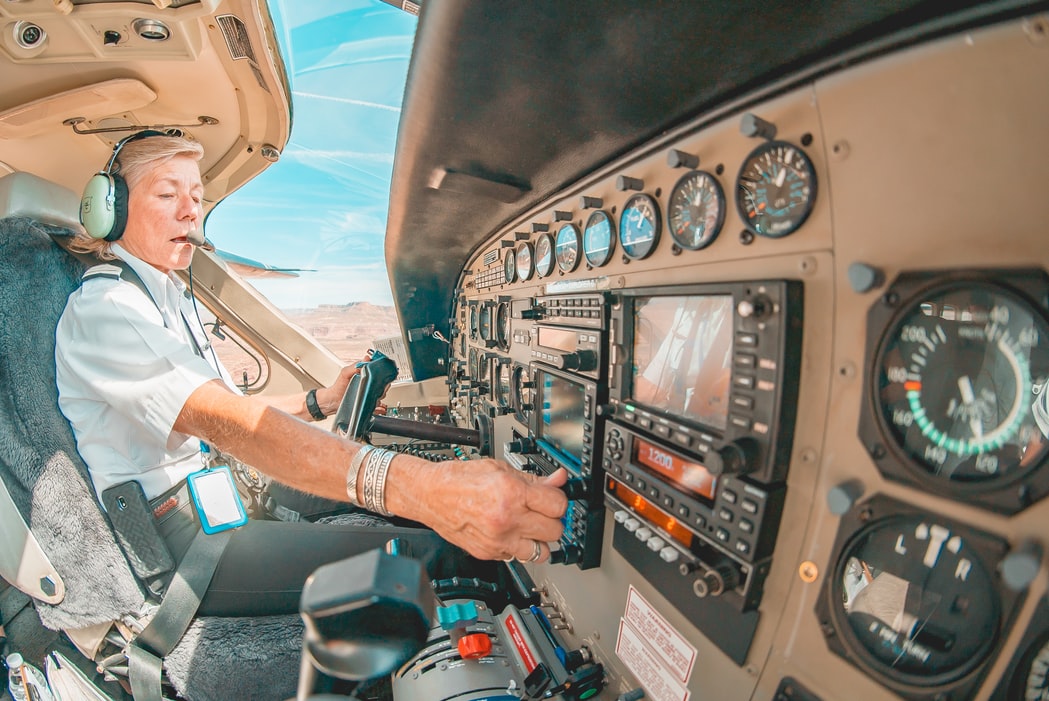 Pilots are a pioneering part of society, and apart from their career as a pilot, it is indeed a thrilling experience.

Aviation is fascinating and mysterious at the same time. In the quotes below, you will find quotes to wish pilots a good flight.

If you like these quotes, check out sky quotes and fly high quotes.

The pilot quotes listed below are inspirational quotes to inspire you along your journey. These are the quotes you can say to pilots before the flight.

1. "The successful pilots succeeded because they did not open fire until they were close to the target."

– Douglas Bader, 'Fight For The Sky'.

2. "Pilots are a rare kind of human. They leave the ordinary surface of the world to purify their soul in the sky, and they come down to the earth only after receiving the communion of the infinite."

3. "Without the pilot, there is no flying from one place to another."

4. "I'm a long-flight pilot; pushing a little bubble of air-filled metal across an ocean of nothing is what I was born to do."

5. "Sometimes, flying feels too God-like to be attained by man. Sometimes, the world from above seems too beautiful, too wonderful, too distant for human eyes to see."

6. "The desire to fly is an idea handed down to us by our ancestors who, in their gruelling travel across trackless lands in prehistoric times, looked enviously at the birds soaring freely through space, at full speed, above all obstacles, on the infinite highway of the air."

7. "Learning to fly an airplane taught me a way of thinking, an approach to problem-solving that was applicable and effective. Pilots are very methodical and meticulous, and artists tend not to be."

8. "The best pilots fly more than the others; that's why they're the best."

9. "There isn't a flight goes by when I don't stare out of the window and thank my lucky stars for what I'm feeling and seeing."

10. "Everyone has oceans to fly, if they have the heart to do it. Is it reckless? Maybe. But what do dreams know of boundaries?"

These are some quotes pilots say before they take off. These aircraft quotes will offer you an extra boost and help you stay focused on people on the plane.

11. "Fighter pilots have ice in their veins. They don't have emotions. They think, anticipate."

12. "There's a big difference between a pilot and an aviator. One is a technician, the other is an artist in love with flight."

14. "Be the pilot of your own flight. Not the passenger."

15. "There's only one job in this world that gives you an office in the sky; and that is pilot."

16. "Your thoughts are a pilot of your life journey; the best or the worst landing depends on how and where you land."

17. "It is possible to fly without motors, but not without knowledge and skill."

18. "When you have once tasted flight, you will forever walk the Earth with your eyes turned skyward, for there you have been, and there you will always long to return."

19. "In the dark, a glimmering light is often sufficient for the pilot to find the polar star and fix his course."

20. "The only mystery in life is why the kamikaze pilots wore helmets."

These aviation quotes make every pilot feel closer to their work and take pride in whatever they do. We can use these quotes to wish a pilot a good flight.

21. "Your true pilot cares nothing about anything on earth but the river, and his pride in his occupation surpasses the pride of kings."

22. "A great pilot can sail even when his canvas is rent."

24. "Fighter pilots rove in the area allotted to them in any way they like, and when they spot an enemy they attack and shoot them down. Everything else is rubbish."

25. "The small amount of vanity is fatal in aeroplane fighting. Self-distrust is rather the quality to which many a pilot owes his protracted existence."

26. "Both optimists and pessimists contribute to our society. The optimist invents the airplane and the pessimist the parachute."

27. "Beware the lessons of a fighter pilot who would rather fly a slide rule than kick your ass."

28. "The closest modern equivalent to the Homeric hero is the ace fighter pilot."

29. "To be a good fighter pilot, there is one prime requisite think fast, and act faster."

30. "The most important thing for a fighter pilot is to get his victory without too much shock."

The pilot quotes are inspirational and help the pilots make a good start to their journey at every moment with these wishes and quotes.

31. "A pilot who says he has never been frightened in an airplane is, I'm afraid, lying."

32. "I fly because it releases my mind from the tyranny of petty things."

33. "Time flies fast, but it's good you are the pilot. Just control your time well away from hijackers. Save time profitably; Spend time productively!"

-Sting, 'Let Your Soul Be Your Pilot'.

35. "The mind aware of itself is a pilot...vastly freer than a passenger mind."

36. "Flying is more than a sport and more than a job; flying is pure passion and desire, which fill a lifetime."

37. "When everything seems to be against you, remember that an airplane takes off against the wind, not with it."

38. "Don't ever let a fear of failing keep you from knowing the joys of flight."

39. "Man must rise above the Earth—to the top of the atmosphere and beyond—for only thus will he fully understand the world in which he lives."

40. "Prepare for the unknown, unexpected and inconceivable … after 50 years of flying I'm still learning every time I fly."

Pilot quotes are the first inspirational things one can think of before starting the day.

42. "He who would learn to fly one day must first learn to stand and walk and run and climb and dance; one cannot fly into flying."

43. "There are pilots and there are pilots; with the good ones, it is inborn. You can't teach it. If you are a fighter pilot, you have to be willing to take risks."

44. "Flying prevails whenever a man and his airplane are put to a test of maximum performance."

45. "The most important thing for a fighter pilot is get his first victory without too much of shock."

46. "Flying the airplane is more important than radioing your plight to a person on the ground incapable of understanding it."

48. "Sometimes you have to go up really high to see how small you are."

49. "The man who flies an airplane must believe in the unseen."

50. "Remember, you fly an airplane with you head, not your hands and feet."

Here at Kidadl, we have carefully created lots of inspirational aviation quotes for pilots for all the plane members. If you liked our suggestions for pilot quotes, then why not take a look at [flying quotes], or aviation quotes?