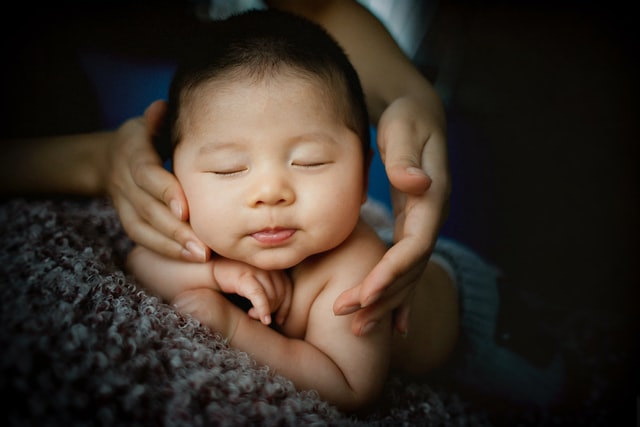 Baby girls are absolute blessings and sometimes, they need elegant and cool names to express themselves.

We all want to give the best to our children and their names are no exception. A lot of us want our baby girls to have unique yet posh names.

Coming up with preppy baby names can be extremely difficult. After all, names are like a gift that we give to our children. Girl names have a lot of variations like sorority girl names, country girl names, chic girl names, unique baby names, cute southern girl names or a nature girl names and the list goes on. Well, we have a list of some preppy names that will put your mind at ease. A preppy name is generally a posh name associated with sophisticated children going to private colleges or prepping up for Ivy-league schools.

If you are interested in girl baby names with character, you can also look at our other articles Country Girl Names and Sassy Girl Names.

Preppy baby girl names are names that give away your daughter's personality and status. She must have names unique enough to be the only one in her class. We are giving you a list of preppy names for girls you are going to love.

6. Alexandra (Greek origin), meaning "defender" or "a protector of a man". The female form of Alexander.

11. Amelia (German origin), meaning "work". It is an English version of the name Amalia. The British actress from 'Haunting of Bly Manor', Amelia Eve.

22. Chole (Greek origin), meaning "green shoot". 'Chole' the popular brand of bags and purse. It is one of the popular baby girl names.

23. Claire (French origin), meaning "clear". Claire is a French word in its feminine form. From the Australian actress Claire Holt.

25. Cora ( Latin origin), meaning "clear", "bright" or "famous". It is the female version of the Clarus which is a late Latin name. From the author Cora Reilly.

30. Emery (German origin), meaning "brave" or "valiant ruler". It is derived from the old German names like Emmerich or Emmerike.

32. Eva (Latin origin), meaning "life" or "living one". The fictional character, Eva Beadle from the TV show 'Little House on the Prairie'.

35. Gianna (Italian origin), meaning "god of gracious". It is a variant of the name Giovanna. The 'New Testament' female character, Gianna.

37. Hailey (English origin), meaning "dweller in the hay meadow". American actor, Stephen Baldwin's daughter is Hailey Rodhe Bieber, who is an American model and actress herself.

39. Isla (Scottish origin), meaning "dynamic", "vibrant" and "bright as sun". It is derived from Islay, an island that is in the west coast of Scotland.

41. Josephine ( French origin), meaning "shall grow". The Australian actress, Josephine Langford, from the 'After' series.

42. Julia (Latin origin), meaning "of the gens Julia" or "a descendant of Julus". It is the female version of the name Julio.

44. Kennedy (Gaelic origin), meaning "grandson of Cinnedidh". Kennedy McMann is a famous actress making it one of the popular baby girl names.

47. Lydia (Greek origin), meaning "beautiful one" or "noble one". The musician Lydia Night.

51. Mia (Scandinavian origin), meaning "the sea" or "bitter". The American fashion model, actress, and activist Mia Farrow. One of the few popular names for girls.

56. Ruby (Irish origin), meaning "red". The name is taken from the gemstone ruby. The Australian model, Ruby Rose, has this name.

58. Samantha (Greek origin), meaning "flower". The character Samantha from the movie 'Her' played by Scarlett Johansson.

60. Valentina (Latin origin), meaning "healthy" or "strong". This is one of the lovely names for girls. This is also one of the beautiful and posh baby girl names.

You can also gift her sassy girl names like Lyre and others from the list. A preppy baby girl deserves unique baby names. She should perfectly match the vibe. Here's a list of names preppy enough to win your heart.

61. Beck (Hebrew origin), meaning "Martyr". The character Beck from the Netflix thriller 'YOU'.

62. Beth (Hebrew origin), meaning "God is abundance" and "God is my oath". The character Beth from the ongoing TV Show 'This is Us'.

64. Buffy (American origin), meaning "nickname for Elizabeth". Buffy from the famous TV show 'Buffy the Vampire Slayer'. This baby name is quite popular for a baby girl.

66. Diana (Indo-European origin), meaning "divine". The Princess of Wales Diana. A unique baby name for a baby girl with a royal touch.

67. Eleanor (Latin origin), meaning "the other one". The character Eleanor from the novel 'Eleanor and Park' by Rainbow Rowell.

73. Kendall (English origin), meaning "the Kent river valley". The very famous American media personality Kendall Jenner. One of the popular baby girl names that you can give to your baby girl.

75. Lexi (Greek origin), meaning "defending men". The only member who is a female in the Loonatics from 'Loonatics Unleashed'.

76. Luna (Latin origin), meaning 'moon'. The character Luna Lovegood from the 'Harry Potter' series. A comforting baby name and one of the unique names for a baby in these times.

77. Scarlett (Medieval Europe origin), meaning, "designated to a person who sold scarlet". The famous actress Scarlett Johansson. One of the popular names for girls. This also comes under the unique names for a baby.

Unique Names To Give To A Preppy Baby

79. Amanda (Latin origin), meaning "deserving to be loved". The DC universe character Amanda Waller who was the director of missions in 'Suicide Squad'.

87. Hazel (Old English origin), meaning "hazel". It comes from the name of the tree or the color Hazel.

Kidadl has lots of great baby names articles to inspire you. If you liked our suggestions for preppy girl names then why not take a look at American Girl Names, or for something different take a look at California Boy Names.