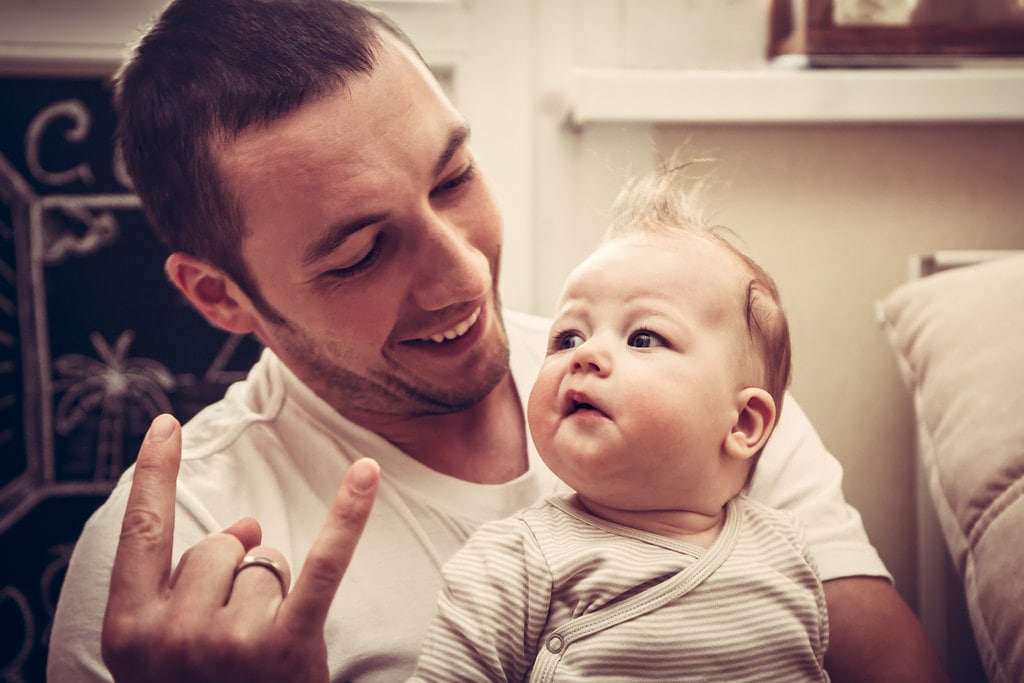 Punk rock first hit the scene in the 1970s with bands such as The Ramones and The Clash and is seen as an expression of youthful rebellion. More recently punk has been revived with pop punk bands such as Blink 182 and Green Day.

If you're looking for a music inspired baby name check out this list or find some more edgy boy baby names here.

These cool punk names all belong to famous bands and musicians and would make great baby names. There's some especially strong punk girl names such as Courtney and Patti.

1.Avril (French Origin), meaning "the month of April". Avril Lavigne was a pop punk singer in the '00s, known as the pop punk Queen.

4.Courtney (English Origin), meaning "a French dynasty name". Courtney Love was a well known American singer in the punk scene during the '90s.

12.Iggy (English Origin), meaning "fiery one". Iggy Pop is known as the Godfather of punk.

17.Lou (German Origin), meaning "famed warrior". Lou Reed formed The Velvet Underground who are considered to be influential in the development of punk rock.

18.Mike (English Origin), meaning "who is like God". Fat Mike was the vocalist for NOFX.

20.Penny (English Origin), meaning "with a web over her face". Penny Rimbaud (Jeremy John Ratter) was co-founder of the band Crass in 1977.

22.Ramone (Spanish Origin), meaning "counsel protection". The Ramones are known as being one of the first punk rock bands.

23.Sid (English Origin), meaning "diminutive of the name Sidney". Sid Vicious was a member of the Sex Pistols, a British punk rock band.

24.Siouxsie (Hebrew Origin), meaning "lily, rose". This name is pronounced Susie. Siouxsie and the Banshees were a post-punk band.

25.Travis (English Origin), meaning "from the crossing or tollgate". Travis was the drummer for pop punk band Blink 182.

These punk rock baby names all feature in song titles.

27.Dottie (English Origin), meaning "gift of God". From the song 'I'm A Loner Dottie, A Rebel' by The Get Up Kids.

29.Jen (English Origin), meaning "fair phantom". From the song 'Jen Doesn't Like Me Anymore' by Less Than Jake.

30.Judy (English Origin), meaning "from Judaea". From the song 'Judy Is A Punk' by the Ramones.

32.Oliver (English Origin), meaning "descendant of the ancestor". From the song 'Oliver Boy (All Of Our Boys)' by Flogging Molly.

35.Sheena (Scottish Origin), meaning "God is gracious". From the song 'Sheena Is A Punk Rocker' by the Ramones.

We love these potential baby names inspired by artists, writers and designers of the punk era.

37.Andy (English Origin), meaning "manly". Pop art, such as by Andy Warhol, played a major rule in influencing the look of the punk scene. Warhol also managed The Velvet Underground for a short time.

39.John (Hebrew Origin), meaning "God is gracious". John Holmstrom was a punk cartoonist who designed work for bands such as the Ramones.

43.Nancy (English Origin), meaning "grace". Nancy Spungen was the American girlfriend of Sid Vicious, the bassist from the Sex Pistols.