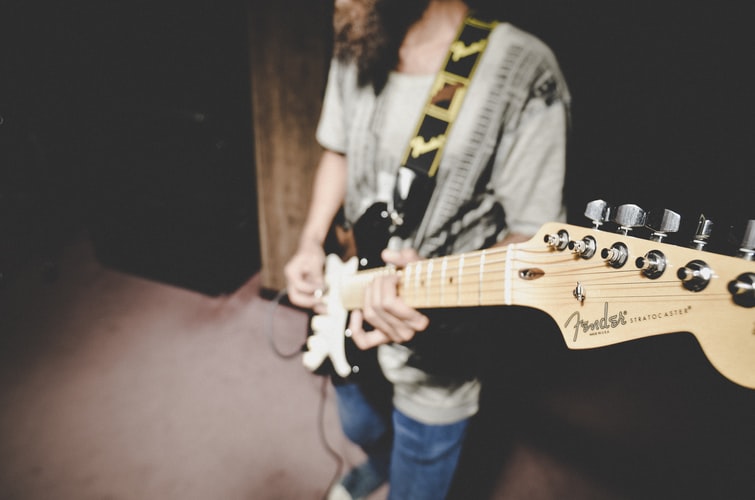 Punk (traditionally known as punk rock) is a sub-genre of rock music that became extremely popular in the '70s.

Punk rock can be easily differentiated from other genres by its characteristic hard-hitting lyrics and fast-paced tempo. Having its roots in the garage bands of the '60s, with growing public appreciation, it became a large-scale movement in the '70s.

The iconic band, The Sex Pistols, is believed by many to have started the Punk movement in the UK. The second wave of punk music hit the mainstream during the last decade of the last century, with the formation of bands like Green Day and Blink-182, who became extremely popular among punk listeners.

If you love punk rock music be sure to check these love punk quotes. If you find these punk quotes interesting then do check out these rock and roll quotes and [Joe Strummer quotes] too.

1. "Punk rock should mean freedom, liking and excepting anything that you like. Playing whatever you want. As sloppy as you want. As long as it's good and it has passion.”

2. "Where there is young people and vitality, you're going to find punk rock."

3. "Punk is like looking at a mirror. I already have a mirror so I don't need the offspring to remind me how gorgeous I am."

4. "A lot of punk rock is not going to be in the mainstream. It's below the radar. The beauty of it is that you're not supposed to always know. It's subterranean."

5. "Punk rock has become another viable art form. It always was. But now it's like everyone's doing it."

6. "When punk rock happened, it created an opening in the culture... it made it OK to think you could play music, even though you had no musical training."

9. "Punk has always been about doing things your own way. What it represents for me is ultimate freedom and a sense of individuality."

10. "Punk to me was a form of free speech. It was a moment when suddenly all kinds of strange voices that no reasonable person could ever have expected to hear in public were being heard all over the place."

Here you will some of the most famous punk rock quotes all about the famed punk ideology. Why not share these famous punk quotes with your friends? Look out for some 'SLC Punk' quotes too from the famous punk film!

13. "Music never leaves you alone, and punk rock will always be there when nothing else will."

14. "I dropped out of high school and I couldn't go to college 'cause I wasn't smart enough, so I'd resigned myself to loading trucks and playing punk rock on the weekends."

15. "Punk rock has never really had much patience with musical virtuosity. Actually, it'd be more accurate to say that for most of its history, punk has been actively hostile to virtuosity."

17. "Punk rock is a word used by dilettantes and heartless manipulators about music that takes up the energies, the bodies, the hearts, the souls, the time and the minds of young men who give everything they have to it."

18. "Punk rock isn't something you grow out of. Punk rock is an attitude, and the essence of that attitude is 'give us some truth.'"

19. "The thing about punk is that there are purists. Once you start going outside of that, they don't think what you're doing is punk rock."

20. "Punk rock is very rebellious, of course, but it also means thinking for yourself."

21. "In a country of lost souls rebellion comes hard."

Here you will find the best punk rock quotes and punk quotes along with quotes from punk rock songs. Which quote is your favorite punk lyric?

God save your mad parade

'Cause I'm blessed by nationality

I'm a member of a growing populace."

I'm tense and nervous and I can't relax

26. "Don't wanna be an American idiot

Don't want a nation under the new media

And can you hear the sound of hysteria?"

Pulsating to the back beat

28. "London calling to the faraway towns

Now war is declared and battle come down

London calling to the underworld."

It's coming sometime and maybe

I give a wrong time, stop a traffic line."

30. "Efficiency and progress is ours once more

Now that we have the neutron bomb

It's nice and quick and clean and gets things done."

Of people rich enough to buy it

While we walk the street

Too chicken to even try it."

32. "I heard you crying loud, all the way across town

Cause you been searching for that someone

And it's me out on the prowl

As you sit around feeling sorry for yourself."

Here at Kidadl, we have carefully created lots of interesting family-friendly quotes for everyone to enjoy! If you liked our suggestions for punk quotes then why not take a look at these funny music quotes or heavy metal quotes too?