51+ Best Quotes About Tea And Coffee To Soothe Your Soul 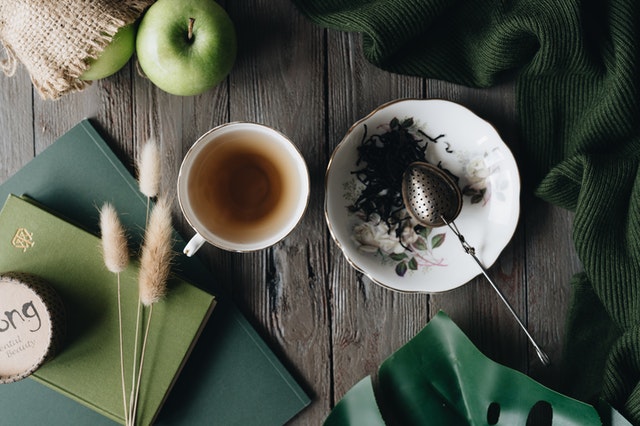 Tea and coffee are some of the most consumed beverages in the whole world.

Tea was invented much before coffee in 2737 BC in China. Whereas coffee was first produced near the Red Sea in Arabia in 674 A.D.

Both tea and coffee contain caffeine which helps to energize the body. There are different variants of tea and coffee all over the world. Some of the most common types of tea that are consumed are black tea, green tea, and herbal tea. Some of the most common kinds of coffee that people have are black coffee, americano, espresso, and cappuccino. Both the drinks help in controlling diabetes, Parkinson's disease, and much more.

If you like what you are reading you may also like Saturday morning quotes and kitchen quotes.

Famous quotes about tea that all tea lovers will absolutely cherish and adore.

1. "There is something in the nature of tea that leads us into a world of quiet contemplation of life."

2. "You can never get a cup of tea large enough or a book long enough to suit me."

4. “Some people will tell you there is a great deal of poetry and fine sentiment in a chest of tea.”

5. “Rainy days should be spent at home with a cup of tea and a good book.”

7. "Tea tempers the spirits and harmonizes the mind, dispels lassitude and relieves fatigue, awakens thought and prevents drowsiness, lightens or refreshes the body, and clears the perceptive faculties.”

8. "No matter where you are in the world, you are at home when tea is served."

10. "My dear if you could give me a cup of tea to clear my muddle of a head I should better understand your affairs."

11. "Tea is an act complete in its simplicity. When I drink tea, there is only me and the tea. The rest of the world dissolves. There are no worries about the future. No dwelling on past mistakes. Tea is simple: loose-leaf tea, hot pure water, a cup."

12. "As far as her mom was concerned, tea fixed everything. Have a cold? Have some tea. Broken bones? There’s a tea for that too."

If you enjoy your daily dose of caffeine, these coffee quotes are definitely going to make your day.

13. "There are those who love to get dirty and fix things. They drink coffee at dawn, beer after work. And those who stay clean, just appreciate things."

14. "I have measured out my life with coffee spoons."

15. "As long as there was coffee in the world, how bad could things be?"

16. "I put instant coffee in a microwave oven and almost went back in time."

18. "The powers of a man’s mind are directly proportional to the quantity of coffee he drinks."

19. "It is inhumane in my opinion, to force people who have a genuine medical need for coffee to wait in line behind people who apparently view it as some kind of recreational activity."

20. "The Communist slogan 'Workers, arise!' has come to mean in capitalist countries that it's time for the coffee break."

23. "Coffee, according to the women of Denmark, is to the body what the Word of the Lord is to the soul."

25. "In the new artisan coffee movement, Jeremy Challender, a 32-year-old Australian who is one of the founders of Prufrock Coffee, explains precision is everything for the barista."

Quotes On Drinking Tea And Coffee

Here's a list of coffee and tea quotes that you will relate to on a personal level.

26. "When tea becomes ritual, it takes its place at the heart of our ability to see greatness in small things. Where is beauty to be found? In great things that, like everything else, are doomed to die, or in small things that aspire to nothing, yet know how to set a jewel of infinity in a single moment?"

29. "Tea time is a chance to slow down, pull back and appreciate our surroundings."

30. "It's better to be deprived of food for three days, than tea for one."

31."When I'm depressed and the weather is bad I look up my page on IMDb and I have my coffee and feel better. There are even films on there I don't know about!"

33. "Good communication is as stimulating as black coffee, and just as hard."

34.  "When you are drinking tea, it is basically a private conversation between the tea and your individual soul."

35. “Each cup of tea represents an imaginary voyage.”

36. "A leaf fluttered in through the window this morning, as if supported by the rays of the sun, a bird settled on the fire escape, joy in the task of coffee, joy accompanied me as I walked."

37. "Ah coffee. The sweet balm by which we shall accomplish today's tasks."

38. "We want to do a lot of stuff; we’re not in great shape. We didn’t get a good night’s sleep. We’re a little depressed. Coffee solves all these problems in one delightful little cup."

These shortlisted coffee and tea quotes are what you were looking for today. So go on and give them a read.

39.  "At breakfast they have milk and juice at night. There are those who do both, they drink tea."

if you are too heated, it will cool you;

If you are depressed, it will cheer you;

If you are excited, it will calm you."

41. "I'm an early riser. I get up between five and six, have coffee, and read for a couple of hours before everyone else gets up."

42. “There are few hours in life more agreeable than the hour dedicated to the ceremony known as afternoon tea”

45. "No matter what historians claimed, BC really stood for ‘Before Coffee.’ "

47. "I would rather suffer with coffee than be senseless."

48. "Our culture runs on coffee and gasoline, the first often tasting like the second."

49. "I don't know where my ideas come from. I will admit, however, that one key ingredient is caffeine. I get a couple cups of coffee into me and weird things just start to happen."

50.  "I love my Saturday coffee the way I used to love Saturday morning cartoons."

51.  "At Christmas, tea is compulsory. Relatives are optional."

52. “There is no trouble so great or grave that cannot be much diminished by a nice cup of tea.”

Here at Kidadl, we have carefully created lots of interesting family-friendly quotes for everyone to enjoy! If you liked our suggestions for coffee and tea quotes then why not take a look at pizza quotes and proverbs quotes.