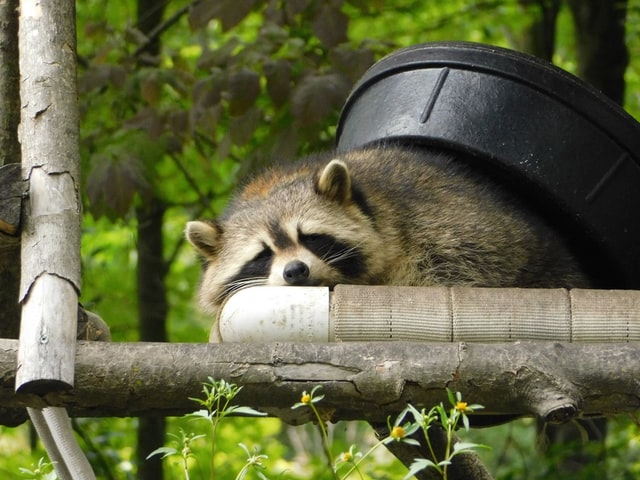 Choosing your pet raccoon names can be quite a daunting task.

Raccoons have eyes like the Pandas and, though they can be loyal and sweet pets, given half an opportunity these naughty monsters can tear into your trash. Hence their hilarious nickname on the internet, Trash Pandas.

Did you know? Male raccoons are called boars and a female is called a sow.

Also, if your pet happens to be a Squirrel or any other pet you can consider browsing through the following Kidadl articles fox names, and crow and raven names.

Some raccoons can be a real handful but no one can say they're not cute. If you're looking for cute names we're sure you'll find it here.

4. Cuddles (Scottish origin),  a perfect name for a cute little one.

5. Dash (English origin), one of the cute raccoon names, perfect for a little rascal.

6. Flash (English origin), a name that you may surely love for your raccoon.

7. Fiddle (Anglo-Saxon origin),  one of the cute raccoon names.

8. Jerry (Old English origin), a name that will remind you of the naughty mouse from Tom & Jerry.

11. Mushy (unknown origin), a name which means “pulpy”. One of the cutest raccoon names.

14. Ringtail (unknown origin), a name that defines the tail of your raccoon.

15. Sunshine (Medieval Germanic origin), means someone with a “sunny disposition”.

16. Swift (Old English origin),  for those little ones who are on their toes.

17. Whiskers (Scottish origin),  for the ones with poky and cute whiskers.

All raccoons love food, so why not give them a good related name? Find a funny food inspired fun names for racoons from our selection below.

19. Brownie (US origin), the name is a derivative from the color “brown”.

21. Choco (Aztec origin), short for chocolate. One of the tasty pet raccoon names.

23. Coffee (Arabic origin), after the drink.

24. Cupcake (US origin), one of the beautiful raccoon names.

26. Marshmallow (Egyptian origin), is derived from the mallow plant species.

29. Spice (French origin), someone who is easy to mingle.

Give a funny name to these cute little beings. Choose the one that tickles your bones.

32. Buttons (French origin), a character in the pantomime of Cinderella.

37. Prowler (English origin), refers to an animal or man who prowls.

43. Rocky (English origin), means “rest”. Rocky is inspired from the movie franchise ‘Rocky’. Rocky is truly a lovely name for a raccoon.

45. Swifty (English origin), refers to someone who is “very fast”.

48. Trouble (Latin origin), another funny name for these troublemakers.

Raccoons have found themselves being cast in various movies and cartoons. The reason being these inimitable creatures have a sense of inquisitiveness about them and add a fair bit of comic relief to any situation. The following names of raccoons have been made famous by their portrayal in highly successful movies.

50. Adam the Raccoon, the title character of Glen Keane’s book series ‘The parables for kids’, the book follows Adam on various adventures.

51. Eddie the Rac, is an orphaned raccoon, who is adopted and kept in Hank’s ranch in the comics ‘Hank the cow dog’.

52. Freddy, is a troublemaker and a classmate and friend of the cubs in the famous American TV called ‘Chucklewood Critters’.

54. Jojo, is a raccoon and a character in the Nintendo game ‘Rocket: Robot on wheels’.

55. Meeko, is the title characters friend and associate in the movie ‘Pocahontas’. The name Meeko means “beauty”, “majesty” and “grace”.

56. Rocket, is the name of the character in the Marvel Comics. Rocket essays the role of a marauding bandit in several Marvel movies like ‘Guardians of the Galaxy’, the ‘Avengers’ saga etc. Rocket is one of the most popular names on our list. This name may be perfect for your funny little rascal.

57. Roderick, is the cartoon raccoon friend of Smiley and Fone Bone in the fifth book in the Bone series, Rock Jaw - Master of the Eastern Border.

58. Rory, the raccoon is one of the principal characters in the American animated TV series ‘Linus the Lionhearted’.

59. Skelter, is a raccoon is a scientist in the online multiplayer game ‘Genesis’.

60. Woo, is the raccoon of Sandra in the web-comic ‘Sandra and Woo’.

A quirky pet deserves a quirky name. If you are looking for a slightly unconventional name that will set your pet rascal aside from the herd, then look no further, this list of quirky, funny names will help you find it.

62. Chica (Spanish origin), is derived from the word chico which means “small”.

64. Hip-Hop (urban slang), a dance form which is popular worldwide.

65. Jazz (US origin), another form of Western dance which is world-famous.

68. Kohl (Arabic origin), refers to a powdered form of cosmetic to darken the eyes.

69. Lightning (English origin), refers to a family who lived in a clearing.

71. Mask (Latin origin), is derived from the word “masca” which means “nightmare”.

73. Peekaboo (French origin), is a game popular amongst children.

75. Shadow (English origin), another quirky name for your pet raccoon. It means “shade from the sun”.

77. Twist (Germanic origin), a name meaning something is “twisted”.

This list of names is perfect for a racoon who is actually very well behaved. We have lots of names perfect for a rascal in this article but some raccoons make perfect pets! If you're looking for names for a good raccoon, look no further.

Kidadl has lots of great names articles to inspire you. If you liked our suggestions for raccoon names, then why not look at something different like pet rock names, or funny fish names.