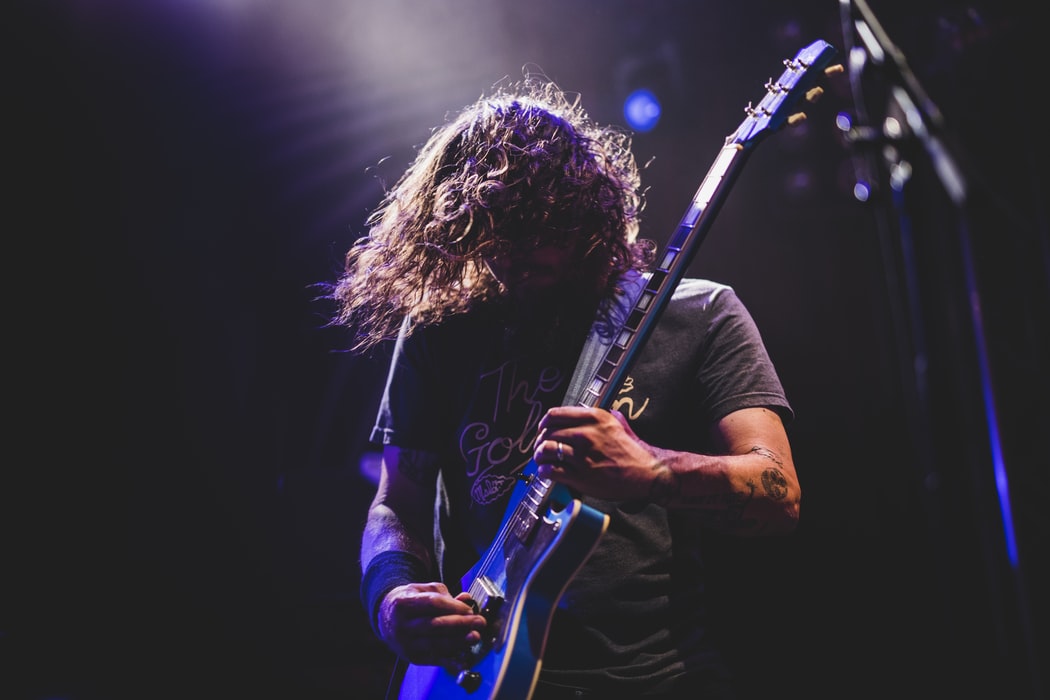 Rock and Roll is a hugely popular genre of music.

Started by the iconic Chuck Berry, this genre saw some huge names of the music industry like Elvis Presley, Bob Dylan, David Bowie and others. A Few bands gained huge popularity in this particular genre like Led Zeppelin, The Beatles, The Who, The Rolling Stones and others.

This genre of music started in the United States in the late '40s. A typical rock and roll song follows a typical dance beat and music being a lovely concoction of jazz mixed with blues. Do give a look at these lovely rock and roll quotes and we are sure that you will enjoy it.

If you find our content interesting then do check out Pink Floyd quotes and Freddie Mercury quotes.

3. 'Rock and roll ain't nothing but jazz with a hard backbeat.'

4. 'I wanted to have the adoration of John Lennon but have the anonymity of Ringo Starr. I didn't want to be a frontman. I just wanted to be back there and still be a rock and roll star at the same time.'

5. "Rock and Roll: Music for the neck downwards."

6. "If you tried to give rock and roll another name, you might call it 'Chuck Berry'.'"

Any old time you use it

It's gotta be rock and roll music

If you wanna dance with me."

8. "Good music comes out of people playing together, knowing what they want to do and going for it."

9. "If Music is a place - then Jazz is the city, Folk is the wilderness, Rock is the road, Classical is a temple."

10. "Drive away and try to keep smiling. Get a little rock and roll on the radio and go toward life with all the courage you can find and all the belief you can muster. Be true, be brave, stand."

14. "Rock 'n' roll might not solve your problems, but it does let you dance all over them."

Rock and roll is here to stay

It's better to burn out than to fade away."

17. "The music simply drifts away into the stratosphere of formal dialectic, beyond our social concerns."

18. "Rock and roll keeps you in a constant state of juvenile delinquency."

19. "Through Kurt I saw the beauty of minimalism and the importance of music that's stripped down."

20. "Rock and roll is a nuclear blast of reality in a mundane world where no-one is allowed to be magnificent."

Here you will find some the finest rock and roll quotes along with rock n roll quotes on life.

22. "Rock and roll doesn't necessarily mean a band. It's that question of trying to be immortal."

24. "A lot of people seem to think I started this business. But rock 'n' roll was here a long time before I came along. Nobody can sing that kind of music like colored people. Let's face it: I can't sing like Fats Domino can. I know that."

26. "Rock and roll is the hamburger that ate the world."

27. "Rock ’n roll is really swing with a modern name. It began on the levees and plantations, took in folk songs, and features blues and rhythm. It's the rhythm that gets to the kids – they're starved of music they can dance to, after all those years of crooners."

28. "No change in musical style will survive unless it is accompanied by a change in clothing style. Rock is to dress up to."

29. From this moment on I'd dedicate my life to rock and roll and take as many drugs as possible. What could possibly go wrong?

- Craig Ferguson, 'American On Purpose: The Improbable Adventures Of An Unlikely Patriot'.

30. "Usually, the best thing is when the band goes to the bar and gets the corner table, we sit there like kings, and then they bring people to us. It's just rock 'n' roll. It's stupid, really."

32. "Rock'n'roll starts between the legs and goes through the heart, then to the head. As long as it does those three things, it's a great rock song."

33. "The great thing about rock and roll is that someone like me can be a star."

34. "If you want to release your aggression, get up and dance. That's what rock and roll is all about."

36. "Rock music was never written for or performed for conservative tastes."

38. "Until I realized that rock music was my connection to the rest of the human race, I felt like I was dying, for some reason, and I didn't know why."

39. "Music is the only thing in this world, with the exception of sneezing and looking at the sunset, that takes you to a place that's above the mundane."

40. "Paul Ryan's love for Rage Against The Machine is amusing, because he is the embodiment of the machine that our music has been raging against for two decades"

41. "Led Zeppelin is the greatest. Robert Plant is one of the most original vocalists of our time. As a rock band they deserve the kind of success they're getting."

enlisted below are quotes from the finest rock n roll songs of all times. You will also find quotes of Mike Evans, quotations about music and life and few cool rock n roll quotes.

And nobody's waiting by your side?

You've been running and hiding much too long."

43. "Back at the Roadhouse they got some bungalows

And that's for the people

Carrying me home to see my kin

Singing songs about the southland."

Put another dime in the jukebox, baby

I love rock and roll

So come and take your time and dance with me."

Deep Purple, ‘Smoke On The Water’.

You got me so I don't know what I'm doin'

Yeah, you really got me now."

Baby I'd give you my world

When you won't take it from me?"

Racin' with the wind

And the feelin' that I'm under."

51. "With the lights out, it's less dangerous

Here we are now, entertain us

I feel stupid and contagious

Said the joker to the thief

There's too much confusion

- Bob Dylan, ‘All Along The Watchtower’.

With stars to fill my dream

I am a traveler of both time and space."

54. "He told me to come but I was already there

Cause the walls start shaking

The earth was quaking

My mind was aching."

It's raining in the park but meantime

South of the river you stop and you hold everything. "

Here at Kidadl, we have carefully created lots of interesting family-friendly quotes for everyone to enjoy! If you liked our suggestions for rock and roll quotes then why not take a look at funny music quotes or [jazz quotes]?