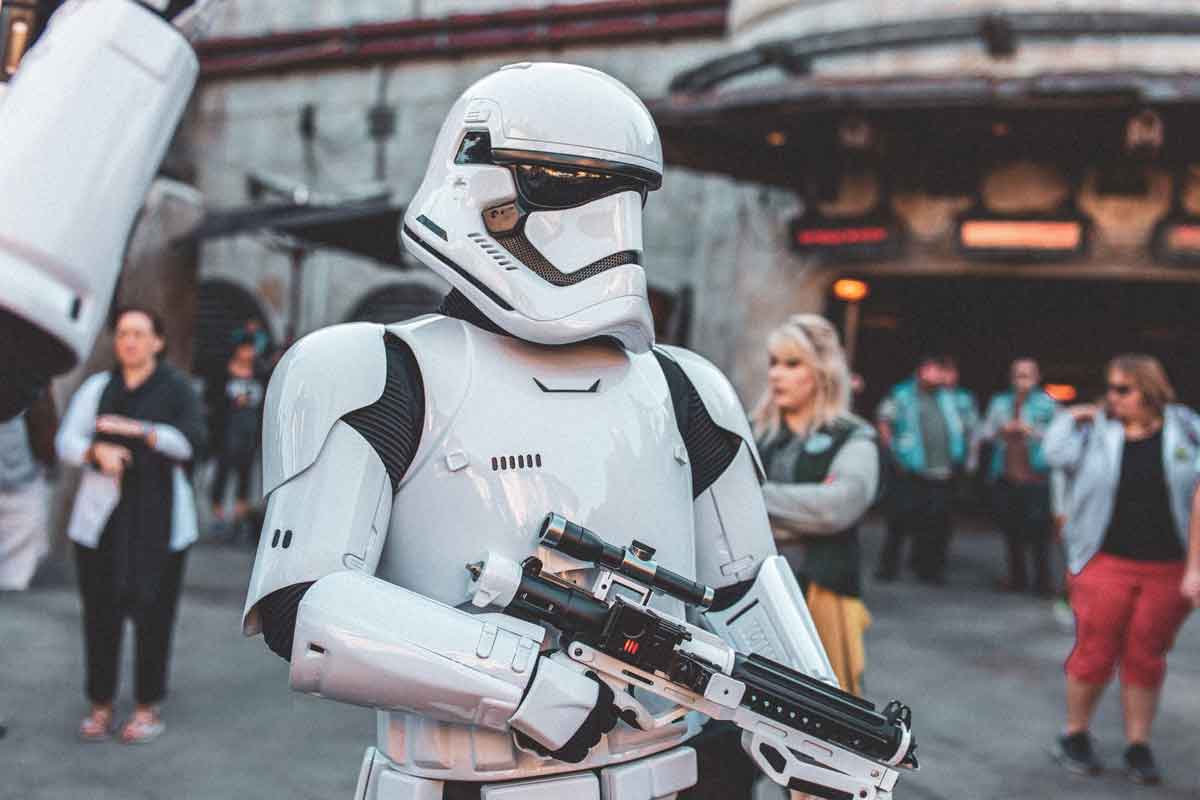 The movie presented a different perspective of the rebel alliance; it introduced us to the rebel spies group that we know since the opening crawl of 'A New Hope', strengthening hope in the saga. 'Rogue One' is the first installment in the Star Wars anthology and an immediate prequel to the 'Star Wars: A New Hope'. It is produced by Lucasfilm president Kathleen Kennedy and distributed by Walt Disney Studios Motion pictures. 'Rogue One' in the Star Wars timeline fits as follows: 'The Phantom Menace', 'Attack Of The Clones', 'Revenge Of The Sith', 'Rogue One: A Star Wars Story', 'A New Hope', 'The Empire Strikes Back', 'Return Of The Jedi', and 'The Force Awakens'.

While you enjoy these best 'Rogue One' quotes, do also take a look at our 'Star Wars' prequel quotes, or 'Empire Strikes Back' quotes.

Best Quotes From 'Rogue One'

Here are some lines and quotes from 'Rogue One', an action and adventure film directed by Gareth Edwards.

2. "I’ve been waiting for you, Obi-Wan. We meet again, at last. The circle is now complete. When I left you, I was but the learner; now I am the master."

4. "You were the chosen one! It was said that you would destroy the Sith, not join them. You were to bring balance to the Force, not leave it in darkness."

5. "Orson Krennic: We were on the verge of greatness. We were this close to providing peace and security for the galaxy.

Orson Krennic: Well, you have to start somewhere."

6. "Cassian Andor: You're not the only one who lost everything. Some of us just decided to do something about it.

Jyn Erso: You can't talk your way around this.

Cassian Andor: I don't have to."

7. "He tends to say whatever comes into his circuits."

8. "I will run no longer. But you must save yourself. Go! Save the Rebellion! Save the dream"

9. "Be careful not to choke on your aspirations, Director."

10. "What chance do we have? The question is 'what choice.' Run, hide, plead for mercy, scatter your forces. You give way to an enemy this evil with this much power and you condemn the galaxy to an eternity of submission. The time to fight is now!"

11. "You were the daughter of an Imperial science officer. People were starting to figure that out. People who wanted to use you as a hostage. Not a day goes by that I don't think of you. But today... of all days... It's a trap. Isn't it?"

Memorable 'Rogue One' Quotes For All

Here are a few great 'Rogue One' quotes including some Rogue One K2SO quotes and lines that are always remembered by fans.

K-2SO: That is a bad idea. I think so, and so does Cassian. What do I know? My specialty is just strategic analysis."

K-2SO: There you are. I'm standing by as you requested, although there's a problem on the horizon. There's no horizon.

15. "I find that answer vague and unconvincing."

16. "We call it the Death Star. There is no better name, and the day is coming soon when it will be unleashed."

17. "Attachment is forbidden. Possession is forbidden. Compassion, which I would define as unconditional love, is essential to a Jedi’s life. So you might say, that we are encouraged to love."

18. "We can beat the people who did this. My father’s message, I’ve seen it. They call it the Death Star. But they have no idea there’s a way to defeat it. You’re wrong about my father."

20. "If there’s one thing I’ve learned from you, master, it’s that following direct orders isn’t always the best way to solve a problem."

Cassian Andor: It's because of your old friend, Saw Gerrera. He's been attacking the cargo shipments.

Jyn Erso: What are they bringing in?

Cassian Andor: It's what are they taking out. Kyber crystal. All they can get. We wondered why they were stripping the temple. Now we know. It's the fuel for the weapon."

23. "Cassian Andor: The temple’s been destroyed, but she’ll be there waiting. We’ll give her your name and hope that gets us a meeting with Saw.

25. "You’re asking me to be rational. That is something that I know I cannot do. Believe me, I wish I could just wish away my feelings, but I can’t."

26. "I had a contact. One of Saw's rebels. But he's just gone missing. His sister will be looking for him."

27. "Baze Malbus: What kind of trap? You said your father made a trap.

Jyn Erso: The reactor. He's placed a weakness there. He's been hiding it for years. He said if you can blow the reactor, the module, the whole system goes down. You need to send word to the Alliance."

Cassian Andor: How do you know that?

Jyn Erso: I know because it's me."

Here at Kidadl, we have carefully created lots of interesting family-friendly quotes for everyone to enjoy! If you liked our suggestions for 'Rogue One' quotes, why not look at [funny 'Star Wars' quotes] or 'Star Wars' love quotes?