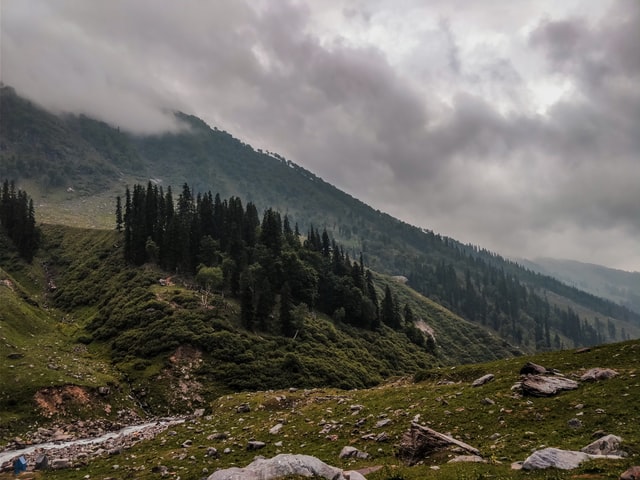 Sacagawea was the only woman on the famous Lewis and Clark expedition in America.

Born around 1788 in Lemhi County, located on the present-day Idaho-Montana border, Sacagawea, from the Shoshone tribe, was kidnapped by their rival tribe, the Hidatsa Tribe, at a very young age. She was later sold to a French-Canadian trader, Toussaint Charbonneau, who then married her. Together, they carried on their lives among the Hidatsa tribe around the Missouri River, which is currently North Dakota.

In 1804, the Corps Of Discovery, also known as the Lewis and Clark expedition, entered the Hidatsa area and settled down n their villages. They realized they would need the help of the tribe to communicate with other tribes and make the expedition more efficient. Therefore, they sought the help of Sacagawea, who spoke Shoshone, and her husband Charbonneau, who spoke Hidatsa. Together they would be the perfect duo to interpret between both tribes during their expedition. A fun fact about Sacagawea is that she was also an expert food gatherer with great knowledge about various plants, which made her an even more important expedition member.

During this time, Sacagawea was pregnant with her first child, yet she agreed to participate in the expedition. Together with the expedition team, Sacagawea successfully traveled across the American plains from the Hidatsa Villages to the Pacific Northwest. She gave birth to her son, Jean-Baptiste Charbonneau, on 11 February 1805.

During one of their journeys, while crossing a river, the tides capsized Sacagawea's boat. Instead of panicking, she quickly collected all the vital expedition documents and items without letting them drown or flow down the river, all the while holding onto her infant child. This particular act of hers earned her the entire expedition team's respect, and as a token of this, they decided to name the river after her. Right after, the team encountered a Shoshone tribe and realized that they could use their help to traverse through the rocky mountains. They decided to trade some of their items for horses to help their journey. They sought the help of Sacagawea to communicate with the Shoshone tribe leader, who, to her surprise, happened to be her brother, making the event a sentimental reunification.

The inclusion of Sacagawea was a monumental blessing for the expedition, as not only did she help with the interpretation, but her mere presence was a blessing. The sight of a mother carrying a child amongst a crew comprised entirely of men portrayed peace towards all the tribes they met on their journey, earning their essential cooperation.

During their expedition, the team built several forts such as Fort Mandan and Fort Clatsop to shelter themselves from the weather, which are now considered National Memorials across the country. The expedition's stories are recorded in the detailed journal written by William Clark, providing us with much-needed information about the journey of American expansion and the role of the courageous Shoshone woman, Sacagawea. She gave birth to her daughter Lisette in August 1812 before she died due to an illness on 22 December 1812. She is one of the most celebrated women in America, with various monuments and memorials being dedicated to her after she died, and still today.

Let's take a look at her adventures life with these quotes and if you are looking for more inspiring quotes, take a peek at our collection of John Trudell quotes and Tecumseh quotes too.

These Sacagawea famous quotes give you a glimpse into her adventurous life.

1. "Amazing the things you find when you bother to search for them."

2. "Don't go around saying the world owes you a living."

3. "I was taken in the middle of the river as I was crossing at a shallow place to make my escape."

5. "I have traveled a long way with you to see the great waters of the pacific ocean, and that now that monstrous fish was also to be seen, I thought it very hard that I could not be permitted to see either."

Lewis And Clark Quotes About Sacagawea

Lewis and Clark were extremely grateful to Sacagawea as her unique set of skills aided them greatly in their expeditions across the American South, as an interpreter and beyond. See what they had to say about her here.

6. "As soon as they saw the Square wife of the interpreter they pointed to her and informed those who continued yet in the same position I first found them, they immediately all came out and appeared to assume new life, the sight of This Indian woman, wife to one of our interpreters."

7. "Sah-cah-gar-we-ah our Indian woman was one of the female prisoners taken at that time; tho I cannot discover that she shows any emotion of sorrow in recollecting this even, or of joy in being restored to her native country."

8. "Charbono and his Indian woman were also of the party; the Indian woman was very impo[r]tunate to be permitted to go, and was therefore indulged."

9. "The One-Eyed Chief arrived and we... spoke to the Indians through a Snake boy Shabono and his wife. We informed them who we were, where we came from and our intentions towards them, which pleased them very much"

10. "Sacagawea recognizes the country and assures us that... the three forks are at no great distance. This piece of information has cheered the spirits of the party."

11. "Sacagawea was the only dependence for a friendly negotiation with the Shoshoni Indians."

Here at Kidadl, we have carefully created lots of interesting family-friendly quotes for everyone to enjoy! If you liked our suggestions for Sacagawea quotes, then why not take a look at these [Native American quotes] or Women's History Month quotes to discover more quotes from inspiring female figures.