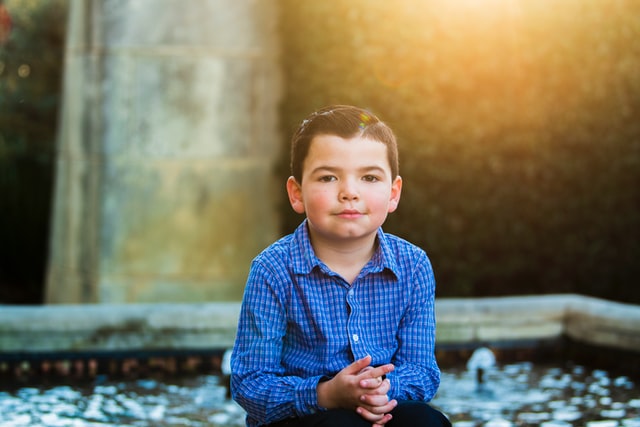 If you are blessed with a baby boy, then indeed you're lucky!

But what can enhance your baby's luck? A name that can amplify his personality and help him become more aware of his existence in your life and that of others.

Previously, when a Catholic family used to baptize their child after his birth at the Church, the priest used to give them saint names or confirmation names which is a form of connection or ties to their god and the Bible. Now with changes in both Church and the outlook of people, parents are no longer required to give their children these names.

But, nowadays, very religious parents have begun taking interest in these rare, uplifting, and unique names of saints for their baby boy and baby girl.

If you are interested in ancient names, try out these beautiful saints’ names, which are a great source of inspiration. We have names from Irish to German, French, and even Scottish origins. We have listed Christian saints' and Catholic saints' names too. So, let's dive into the list of popular saint names that are suitable for your beloved baby boy.

For more baby names, take a look at Christian Names and Saint Names For Girls.

Catholic saints' names like Abel and Andrew, among others have always been favorites, but apart from these common names, we selected some unique catholic boy names for your son.

2. Andrew (Ancient Greek origin) means "strong", "courageous", and "warrior". St. Andrew, was one of the apostles of Christ.

5. Apollo (Greek origin) means "destroyer". Apollo, was an Egyptian Christian who lived as a hermit and Greek god of the sun.

9. Bernadine (German and French origin) means Bernadine was an Italian priest, a Catholic saint, and a Franciscan missionary. A unisex name perfect for both genders.

Ireland is not only a land of beautiful mountains and landscape but also the home of some legendary saints. So, if you want a name for your son, which represent their sacrifice and love, then check out these names:

21. Bean (Scottish origin) means “seller of the bean”. A beautiful unisex name that belongs to St. Bean of Ireland.

25. Columba (English origin) means “a dove". Columba is among the most common names for saints of Ireland.

28. Declan (Irish origin) means "full of goodness". It is among the most popular saint names in America.

40. Tressan (Irish origin) means “one who leaves all comfort for God”.

Rome is the city of beautiful architecture, Christianity and home of hundreds and thousands of Saints, who fought for their Gods. We hope one of these names is going to speak out to you.

42. Alexis (Greek origin) means “helping”. A unisex name, which was popularized by St. Alexis. He has an interesting story. He is believed to have dressed up as a beggar in order to escape from his wealthy family.

Check out some cool Catholic boy names that are inspired by some brave and famous saints who lived in Italy. They played a major role in the promotion of religion in the region.

These beautiful catholic baby boys names will help you connect with God and helps you in instilling some good qualities in your son.

78. Eustathius (Greek origin) means "to stand, to set up". Famous name bearer Eustathius, a Greek saint and Archbishop of Thessalonica.

80. Gerasimus (Greek origin) means "the one who deserves honor".

We have compiled a list of some unique and interesting patron saint names.

93. Phanourios (Greek origin) means Phanourios, the Great Martyr, is recognized as a saint by the Greek Orthodox church.

94. Philothei (Greek origin) means "lover of God". Famous name bearer: saint and martyr of Greece during the era of Ottoman.

99. Triantafyllos (Greek origin) means "rose." Also the name of a famous and revered saint during the Greek Orthodox church.

Kidadl has lots of great baby names articles to inspire you. If you liked our suggestions for Saint Boys Names then why not take a look at Names Meaning Faith, or for something different take a look at Lithuanian Names.