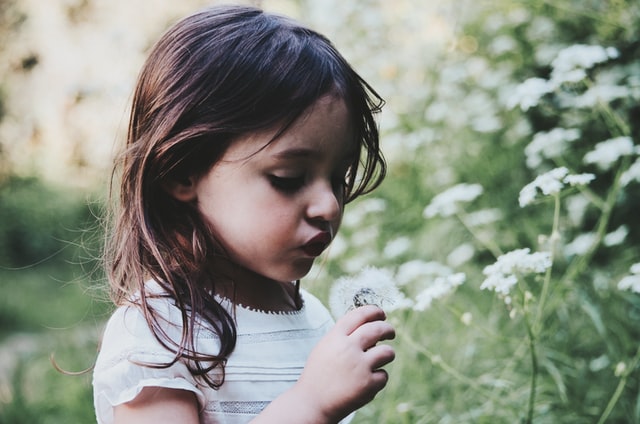 Many parents wish to give their child a name that shows elegance.

Even better would be a name that shows both elegance and sophistication. Baby names of that sort can be perfectly suited for your need.

Names are symbols of one's status. The very best of the names have stayed on for decades and centuries. The list that we have prepared is filled with names that are rich in history, sound posh, and are classics. That's the very best way to define a sophisticated name. Let's look below and see some of the beautiful names. Sophisticated names are popular, famous, elegant, and characterful.

If you want more classy names, you can read our articles on Elegant Boy Names and Vintage Girl Names.

Enlisted below are some of the best girl names. Search through the list and find the name which appeals to you.

6. Annabelle (English origin) meaning "graceful". 'Annabelle' is a popular horror movie about a doll of the same name.

9. Beatrice (Italian origin) meaning "voyager". Beatrice was a character in the Shakespearean drama 'Much ado about nothing'.

10. Bernice (Greek origin) means "to bring victory". Bernice was the sister of King Herod II, according to the New Testament.

11. Bethany (English origin) means "from a fig house." According to the New Testament, Bethany was the name of the town in which Lazarus resided.

13. Caledonia (English origin) meaning "from Scotland". Timeless girl names like these will never get old.

16. Cassandra (Greek origin) meaning "to shine upon man". According to Greek mythology, she was the daughter of Hecuba and Priam. Apollo gave her the power of prophecy as a gift.

17. Caterina (Italian origin) means "pure". Elegant names for girls like these are perfect for a baby girl.

20. Cordelia (English origin) meaning "daughter of the sea". Elegant girl names like Cordelia can be lovely baby names. This is perhaps the rarest baby name for a girl.

23. Delilah (Latin origin) meaning "delicate". Delilah, as per the Bible, was the liver of Samson. A Latin name like this is perfect for parents in search of a name for their little girl.

24. Diana (English origin) means "divine". Lady Diana was the Princess of Wales and the first wife of Charles. Class baby girl names like Diana can be perfect for your kid.

25. Eleanor (Literature origin) meaning "shining light". In 'Lord of the Rings', she was the eldest daughter of Sam.

26. Elizabeth (Biblical origin) meaning "devoted to God". Elizabeth is a royal name, and Elizabeth II, the queen in the United Kingdom. Timeless girls' names like Elizabeth are trendy.

27. Emilia (Italian origin) meaning "to emulate". Emilia Clarke is a famous British actress with notable works in 'Star Wars' and 'Game of Thrones'.

29. Florence (French origin) means "blossoming". Florence Nightingale is considered the founder of modern nursing. French name like these has a class in them.

36. Jacqueline (French origin) meaning "he who supplants". Long girls' names like this are elegant.

38. Juliet (English origin) meaning "youthful". Juliet was one of the protagonists in the Shakespearean play 'Romeo and Juliet'.

42. Maria (Italian origin) meaning "star of the sea". This is a sweet baby name.

43. Meredith (Welsh origin) means "guardian of the sea". Meredith Grey is the protagonist in the famous TV series 'Grey's Anatomy'.

45. Rosalind (English origin) meaning "beautiful rose." Rosalind was the name of one of the main characters in William Shakespeare's play 'As You Like It.

47. Serena (Roman origin)meaning "calm". Serena Williams is a world-famous tennis player, and this name can be an excellent option for parents in search of baby names for their little daughter.

Here are some of the best and sophisticated names for your baby boy.

50. Alasdair (Scottish origin) meaning "defender of mankind". Noble names like these are most rare.

52. Alfred (Polish origin) meaning "elf counsel". Alfred Lord Tennyson was a poet from Britain who had this name.

54. Ashby (English origin) meaning "from the ash tree". This is an elegant baby name for little boys.

55. Asher (Hebrew origin) meaning "happy and blessed". This is a rare baby name for your little one.

58. Bartholomew (Biblical origin) meaning "son of Talmai". Bartholomew Diaz was a Portuguese traveler who discovered the southernmost tip of Africa.

62. Charles (English origin) means "free man". Charles Darwin brought the 'Theory of Evolution' to the world while Charles Dickens was a famous novelist with works like 'Oliver Twist' and 'David Copperfield'.

64. Constantine (Latin origin) name means "constant". A Latin name which is one of the timeless baby names.

72. Ezra (Biblical origin) meaning "help". This is a perfect name for a baby boy.

78. Gerald (English origin) name meaning "ruler of the spear". This is a perfect baby boy name.

79. Giovanni (Italian origin) means "Jehovah has been gracious". Giovanni Lorenzo Bernini was a famous painter of the Renaissance era.

82. Gustav (Swedish origin) meaning "staff of the Goths". This is an excellent name for a little baby boy.

86. Ian (Scottish origin) meaning "God is gracious". This is a lovely first name for a baby boy.

89. Lawrence (English origin) means "from Laurentum". D.H. Lawrence was a famous author. Long names for boys like these are elegant.

91. Michael (Biblical origin) meaning "who is like God". Michael Jordan is a world-renowned Basketball icon.

98. Sebastian (German origin) means "person from the ancient city of Sebastia". Sebastian Vettel is a Formula One racer.

99. Simon (Biblical origin) meaning "the listener". This is a lovely first name for a baby boy.

Kidadl has lots of great baby names articles to inspire you. If you liked our suggestions for sophisticated names then why not take a look at Elegant Girls Names, or for something different take a look at Lovely Long Names.