45 Best Spiderman Quotes That Are Full Of Great Power 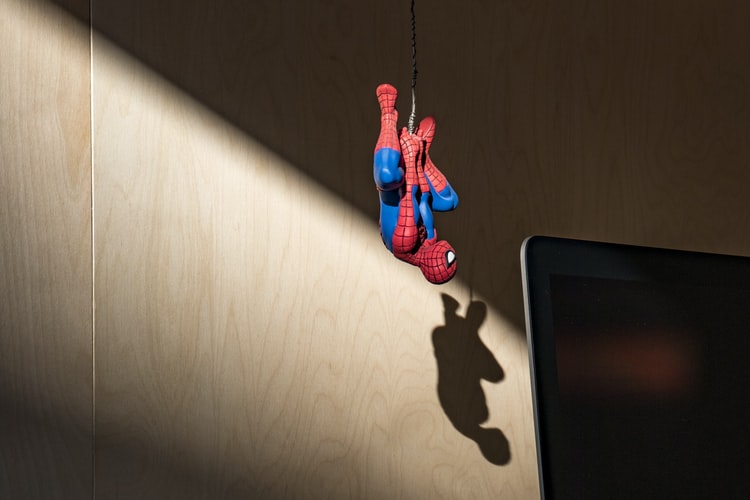 Spiderman is a fictional superhero character created by Marvel Comics.

Many versions of Spiderman movies have been made to this date. Toby Maguire, Andrew Garfield, Tom Holland all have delivered incredible performances as the superhero.

The phrase most used by Spiderman is, "with great power comes great responsibility". He uses the phrase "web barrage" whenever he's shooting webs. But his most important power is his Spidey sense, because of which he gets a whiff of any coming danger before it arrives. This sensation depends on the intensity and proximity of the danger. Read up on these quotes from the 'friendly neighborhood Spider-Man' to know more about the superhero.

Quotes From 'The Spider-Man' Trilogy

A font similar to 'Homoarakhn' was used for the movie posters. Here are a few of the best Spiderman inspirational quotes from the movies.

2. "Peter Parker: Some spiders change colors to blend into their environment. It's a defense mechanism.

Harry Osborn: Peter, what possibly makes you think I would want to know that?

3. "Love should never be a secret. If you keep something as complicated as love stored up inside, it could make you sick."

4. "You know, I guess one person really can make a difference... 'Nuff said!"

5. "No matter what I do, no matter how hard I try, the ones I love will always be the ones who pay."

7. "I believe there's a hero in all of us, that keeps us honest, gives us strength, makes us noble, and finally allows us to die with pride, even though sometimes we have to be steady, and give up the thing we want the most. Even our dreams."

9. "Who am I? You sure you want to know? The story of my life is not for the faint of heart. If somebody said it was a happy little tale... if somebody told you I was just your average ordinary guy, not a care in the world… somebody lied."

10. "Not everyone is meant to make a difference. But for me, the choice to lead an ordinary life is no longer an option."

11. "Whatever life holds in store for me, I will never forget these words: 'With great power comes great responsibility.' This is my gift, my curse. Who am I? I'm Spider-Man."

Marc Webb directed two of 'The Amazing Spider-Man' movies which gained a fair bit of popularity. These are a few famous quotes from the movies.

12. "Electro: You're too late, Spider-Man. I designed this power grid. Now I'm gonna take back what is rightfully mine. I will control everything. And I will be like a god to them.

Spider-Man: You want me to come down there so you can kill me?

Spider-Man: Okay, I'll be right there."

15. "I thought it was great what you did out there. Stupid, but great."

18. "My wish for you is to become hope; people need that. And even if we fail, what better way is there to live?"

19. 'You are a lot like your father. You really are, Peter, and that's a good thing … He believed that if you could do good things for other people, you had a moral obligation to do those things! That's what's at stake here. Not choice. Responsibility."

20. "It's easy to feel hopeful on a beautiful day like today, but there will be dark days ahead of us too. There will be days where you feel all alone, and that's when hope is needed most … you must promise me that you will hold on to hope."

21. "If anyone's destined for greatness, it's you, son. You owe the world your gifts. You just have to figure out how to use them and know that wherever they take you, we'll always be here. So, come on home, Peter. You're my hero... and I love you!"

Here are a few 'Spiderman: Homecoming' quotes and Avengers quotes that show his importance.

22. "Tony Stark: So, you're the Spiderling. Crime-fighting Spider. You're Spider-Boy?

24. "Peter Parker: Everywhere I go, I see his face. I just really miss him.

Happy Hogan: Yeah, I miss him too. I don't think Tony would've done what he did, if he didn't know you were gonna be here after he was gone."

Happy Hogan: I don't feel good about it either."

27. "Just a typical homecoming, on the outside of an invisible jet, fighting my girlfriend's dad."

28. "Adrian Toomes: Peter, you're young. You don't understand how the world works.

Peter Parker: Yeah, but I understand that selling weapons to criminals is wrong!"

31. "Spiderman: That thing does not obey the laws of physics at all.

'Spider-Man: Into The Spider-Verse' Quotes

These are a few of the best quotes from the movie.

34. "Miles, the hardest thing about this job is you can't always save everybody."

Miles Morales: That's not how it goes."

36. "That person who helps others simply because it should or must be done, and because it is the right thing to do, is indeed without a doubt, a real superhero."

Below are a few of the best Spiderman comic quotes.

39. "Before I go - a little helpful hint - breathe through your nose. 'Cause those webs can taste pretty hideous! Heh-heh."

40. "Hehh... I guess it's easy to laugh in the face of danger when you don't take anything too seriously."

41. "Thanks for the God lesson. I'll be leaving now! Good luck subjugating the will of all humanity."

42. "Getting caught in a battle between two god-like beings is not how I planned on spending my day, but... I guess it never is!"

44. "If the cost of silence is the soul of the country...If the cost of tacit support is that we lose the very things that make this nation the greatest in human history, then the price is too high."

Here at Kidadl, we have carefully created lots of interesting family-friendly quotes for everyone to enjoy! If you liked our suggestions for Spiderman quotes then why not take a look at superhero quotes, or 'Avengers: Endgame' quotes.