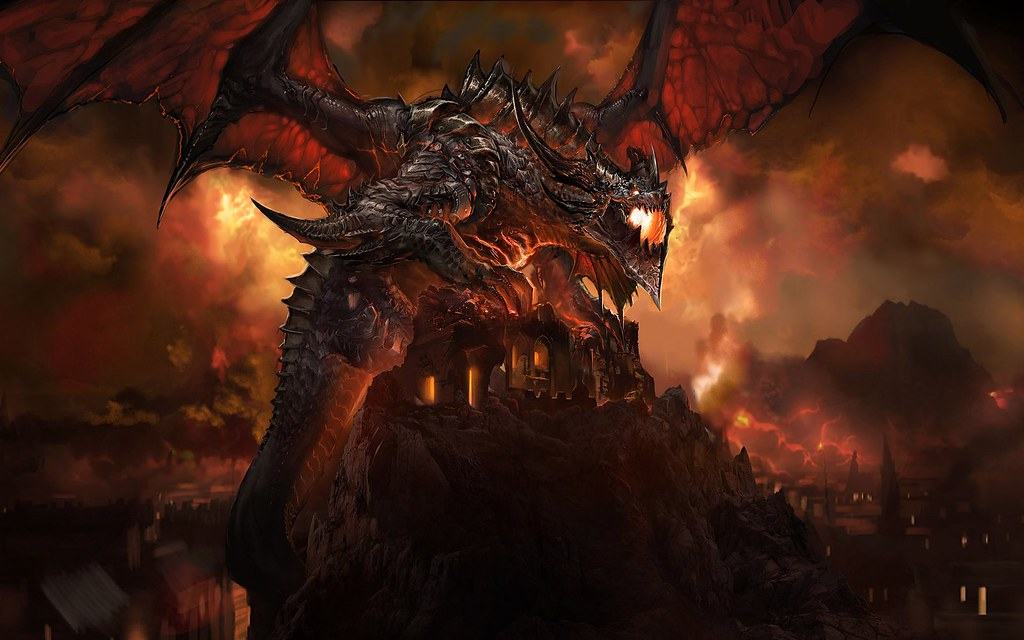 'World Of Warcraft' has several complex characters to draw on for inspiration.

Taurens happen to be one such class of characters. They’re large humanoids who have a bovine appearance along with horns and hooves.

Living in Mulgore’s open plains in central Kalimdor, they stand at between nine and 12 feet, weighing between 650 and 1000 lbs. There are different character classes within the Tauren race, including the hunter, warrior, druid, and shaman classes.

Tauren names typically tend to be more than just a single name. Their last names are often family names but performing an extraordinary act of bravery can result in a Tauren being able to choose their own last name. They usually receive a birth name and a second name once they reach adulthood, with their names highlighting a valued quality of theirs, or an important life event.

We hope our list of Tauren names gives you all the inspiration you need. For more, take a look at these Half-Orc names and these Blood Elf names.

Looking for a name for your female character? Take a pick from this list.

3. Almenis, she lives in Dreamgrove providing a Seal of Broken Fate for each work order in the 'World Of Warcraft'.

4. Antur Fallow, she a quest giver in the 'World Of Warcraft'  located at Mulgore’s Red Cloud Mesa exit.

5. Aponi Brightmane, this is the name of a Tauren from the Paladin and Warrior class who is the leader and founder of Sunwalkers.

7. Chesmu, the name of a Thunder Bluff banker.

8. Choluna, this is the name of a member of Druids of the Talon located in Mount Hyjal.

9. Enola, a Tauren follower from the Priest class who can be seen at Frostfire Ridge’s Frostwall.

10. Faala, a Tauren from the Paladin class you can see at Frostwall who can even be recruited through the use of the Headhunter’s Harvest available at the Frostwall Tavern.

11. Gaho, this is the name for a good Tauren follower from the Warrior class who can be found in the Frostfire Ridge’s Frostwall.

12. Genah Brawnhoof, a Tauren 'World Of Warcraft' follower from the Druid class.

14. Jandia, a vendor of trade goods at the Freewind Post.

15. Kalla Darkmane, a Tauren from the Shaman class.

16. Kova Boradhorn, this is the name of an amateur alchemist from the Shaman class.

17. Lama Cloudsong, this is the name of a Shaman trainer in Thunder Bluff.

18. Leanine Starborn, she is a Priestess and High Elf Wizard in the 'World Of Warcraft'.

19. Loirea Galerunner, she is a new humanoid Tauren appearing in the 'World Of Warcraft' during the Lunar festival in Silvermoon City to share details of occurrences during that time.

20. Mahala Cloudsong, the second Horde trainer from the Shaman class in the Eastern Kingdoms.

21. Masha Cliffwalker, from the Warrior and Hunter class, she is the wife of High Chieftain Cliffwalker.

24. Numa Cloudsister, a Shaman in the Slave Pens of the Coilfang Reservoir.

25. Prate Cloudseer, name of a Tauren Shaman in Weathered Nook.

26. Regla Brighthorn, this is the name of an auctioneer in Warspear’s Auction House.

27. Sahi Cloudsinger, a Shaman trainer in Orgrimmar’s Valley of Wisdom.

28. Tadi Embertotem, she is a vendor in trade goods and also provides repair services in Stormsong Valley.

29. Teya, a member of the Dawnchaser tribe.

30. Thalia Amberhide, found in Thousand Needles under the Freewind Post.

31. Turida Coldwind, a flight master from the Borean Tundra territory.

For a male character, choose from this list of male Tauren names.

34. Abeqwa, an innkeeper in Freewind Post of the Thousand Needles contested territory.

35. Aboda, serves as a stable master in Desolace which is contested territory.

36. Alamo, a 'World Of Warcraft' Tauren sensation belonging to the Druid class.

37. Allabas, this is the name for a Tauren flight master living in Windfall Cavern.

38. Braug Dimspirit, a Tauren from the Shaman class located in the conflicted territory of Stonetalon Mountains.

39. Bronk, this is the name of an alchemy vendor in Feralas.

40. Byula, this is the name of a former Tauren innkeeper of Camp Taurajo in the Barrens, which is a Horde aligned territory.

42. Datein, the name of a techslayer.

43. Elki, he is an armor vendor in Hewa’s Armory in Thunder Bluff.

44. Furmund, this is one of the good quest givers seen in Orgrimmar’s Valley of Strength, who people get to meet at the Feast of Winter Veil event.

45. Gamon, this is one of the popular names among people for an elite warrior Tauren in the Valley of Strength who offers assistance during the Siege of Orgrimmar raid.

46. Garn Cloudsong, the name of a Shaman trainer in Spirit Rise.

48. Gorrim, this is one of the flight masters in Felwood territory’s Emerald Sanctuary who can share his knowledge.

50. Harb Clawhoof, this is among the popular 'World Of Warcraft' Tauren names for Mulgore’s kodo vendor.

51. Hellak Darkhorn, the name of a warrior serving the Alliance.

52. Kador, a Shaman trainer from the Cloudsong tribe.

53. Korv, elite Shaman Tauren who is a part of Theldren’s gladiator team.

54. Maaklu, popular among Tauren names from the Shaman class.

55. Malar Bravehorn, a member of Argent Dawn in 'World Of Warcraft'.

56. Maruff Grandhorn, this is one of the good Tauren healers in 'World Of Warcraft'.

57. Morin Cloudstalker, this is a quest giver from the Outrunner class.

58. Mot Dawnstrider, this is an apprentice enchanter Tauren located at Thunder Bluff who was captured by the Void during the Highmountain Tauren feast.

59. Orox Darkhorn, a Tauren name from the class of Priests.

62. Rustler Burnhoof, this is the 'World Of Warcraft' Tauren name of a character in Dragonblight’s Kor’kron Vanguard.

63. Sagorne Creststrider, a Shaman trainer from the Valley of Wisdom.

65. Tarl Cloudsong, a Shaman trainer in the Bloodhoof village who can share training details to strengthen characters.

68. Umber Goonrock, this right hand Tauren of Dak’mal is a felsworn and runemaster.

69. Windcaller Claw, you can see this Tauren in the Underbog.

70. Wuul Breezerider, the name of a Tauren belonging to the warrior class.