20+ Best 'The Hate U Give' Quotes By Angie Thomas 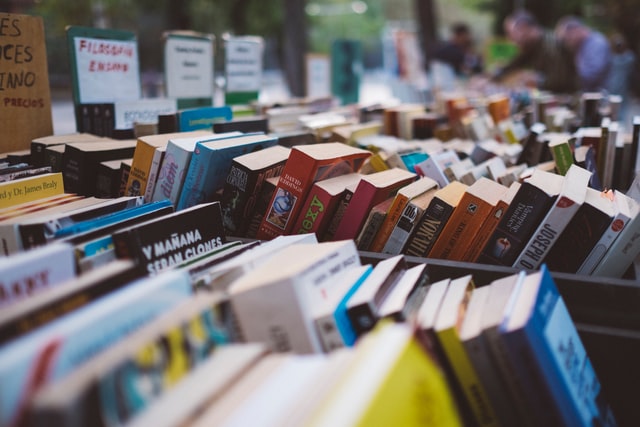 Bring out your notebooks for the following quotes will not just take you through a reading experience but a learning experience.

'The Hate U Give' by Angie Thomas explores its way through the journey of a 16 year old teenage girl, Starr Carter, who struggles her way navigating racial boundaries whilst being subjected to police brutality as well. She also witnesses the death of her black friend at the hands of the police.

These important 'The Hate U Give' quotes are important in every sense of the word, as they meander through the complex and minuscule details of man's social existence, of segregation, of bias, and of oblivion. Angie Thomas and her bone-chilling portrayal, as reflected in the Starr Carter quotes, raises questions, it provokes thought and brings about a stir in one's heart, you will be silent in those moments. The social image painted by Angie Thomas projects its way through all existential conflicts and stands out. The blatant portrayal is unthinkable, unimaginable, and undeniable. Maybe that's why the book still remains banned from many institutional libraries.

Angie Thomas creates a masterpiece through the 'The Hate U Give' characters Starr Carter and Garden Heights. The book transcends its way out of the pages into real life as it becomes an unbearable shrill cry for protest. It had also been aired as a movie. We know that you can use these quotes in any place to bring a difference and the impact they have says a lot about our society as a whole.

If you like this then do check out 'The Fault In Our Stars' quotes and 'The Book Thief' quotes.

On The Struggle For Existence

These 'The Hate U Give' book quotes will take you through the deepest layers of how minorities exist. Angie Thomas very simply portrays the shackles of race bias. Truly, no matter how much hate you give, the tormented voice can no longer be shunned.

1. "Daddy once told me there's a rage passed down to every black man from his ancestors, born the moment they couldn't stop the slave masters from hurting their families. Daddy also said there's nothing more dangerous than when that rage is activated."

3. "When the Khalils get arrested for selling drugs, they either spend most of their life in prison, another billion-dollar industry, or they have a hard time getting a real job and probably start selling drugs again. That’s the hate they’re giving us, a system designed against us. That's thug life."

4. "People like us in situations like this become hashtags, but they rarely get justice. I think we all wait for that one time though, that one time when it ends right."

5. "I’m cool by default because I’m one of the only black kids there."

6. "If bravery is a medical condition, everybody's misdiagnosed me."

7. "When you fight, you put yourself out there, not caring who you hurt or if you'll get hurt."

9. "Funerals aren’t for dead people. They’re for the living."

10. "Don’t let them put words in your mouth. God gave you a brain. You don’t need theirs."

11. "People say misery loves company, but I think it’s like that with anger too."

On Life Under Racial Biases

These quotes from 'The Hate U Give' are an eye opener and a necessary read for all sensible social beings. With 'The Hate U Give', Angie Thomas uses Starr and writes a piece that is necessary for the time and quite unfortunately might be relevant for times to come. Those who say, say it right, the idea is to keep going, even though you're scared.

12. "Funny. Slave masters thought they were making a difference in black people’s lives too. Saving them from their wild African ways."

13.  "What's the point of having a voice if you're gonna be silent in those moments you shouldn't be?"

14. "Good-byes hurt the most when the other person’s already gone."

15. "Once you've seen how broken someone is it's like seeing them naked—you can't look at them the same anymore."

16. "I can't change where I come from or what I've been through, so why should I be ashamed of what makes me, me?"

17. "Brave doesn't mean you're not scared. It means you go on even though you're scared."

18. "At an early age I learned that people make mistakes, and you have to decide if their mistakes are bigger than your love for them."

19. "Sometimes you can do everything right and things will still go wrong. The key is to never stop doing right."

20. "My nana likes to say that spring brings love. Spring in Garden Heights doesn’t always bring love, but it promises babies in the winter."

Here at Kidadl, we have carefully created lots of interesting family-friendly quotes for everyone to enjoy! If you liked our suggestions for 'The Hate U Give' Quotes then why not take a look at 'The Handmaid's Tale' quotes, or 'The Kite Runner' quotes.