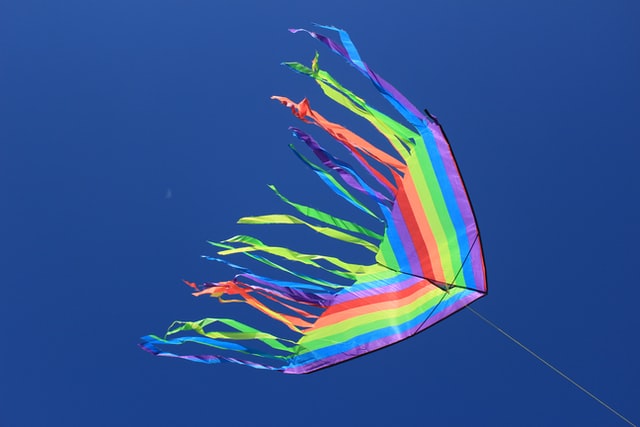 'The Kite Runner' is the first novel published in 2003 by Afghan-American author Khaled Hosseini.

Even though the story depicted in the book is not true, the plot's cultural and historical backdrop is accurate to a large extent. Through his poignant use of words, Khaled Hosseini has weaved magic into the book right from chapter one, and each and every character, be it Amir, Hassan, Rahim Khan, or Baba, leaves a lasting impact on the reader's mind.

The story is largely set in Afghanistan in the 1970s. 'The Kite Runner's protagonist is Amir, a wealthy businessman's son. Amir befriends one of his father's servant's son Hassan, who becomes a close friend and confidant of Amir until a fateful day's events, and Amir's pre-adolescent course of actions change the dynamics of their relationship forever. The book begins with an adult Amir reminiscing his childhood memory of a traumatic event that, in a way, seems to haunt him still. The book then shifts to Amir and Hassan's childhood days in Afghanistan and the way Amir strives to build a closer bond with his father. Eventually, Amir sets out to atone for his mistakes by rescuing Sohrab, the son of Hassan. Despite the book being banned in some regions for inappropriate content, quotations from 'The Kite Runner' are still a favorite a thousand times over among people who enjoy Khaled Hosseini.

If you like what you read, check out the ['A Thousand Splendid Suns' quotes] and ['The Book Thief' quotes].

Memorable Quotes From 'The Kite Runner'

Here are some important quotes from 'The Kite Runner' that you'll find in the book.

1. "Quiet is turning down the volume knob on life. Silence is pushing the off button...shutting it down. All of it."

2. "Perspective was a luxury when your head was constantly buzzing with a swarm of demons."

3. "Never mind any of those things. Because history isn't easy to overcome. Neither is religion."

4. "Kabul had become a city of ghosts for me. A city of harelipped ghosts."

5. "The desert weed lives on, but the flower of spring blooms and wilts. Such grace, such dignity, such a tragedy."

6. "Boys and girls must know the legacy of their fathers"

8. "That was a long time ago, but it's wrong what they say about the past, I've learned about how you can bury it. Because the past claws its way out, looking back now I realize I have been peeking into that deserted alley for the last twenty-six years."

These Hassan quotes are true gems that make his character unforgettable.

10. "I dream that lawla flowers will bloom in the streets of Kabul again and rubab music will play in the samovar houses and kites will fly in the skies."

11. "Kindness is gone from the land and you cannot escape the killings."

12. "I am hopeful that one day I will hold one of your letters in my hands and read of your life in America."

Rahim Khan was the closest confidant of Baba and here are some of his wise words.

16. "And that is what true redemption is, Amir Jan, when guilt leads to good."

17. "A man who has no conscience, no goodness, does not suffer."

18. "Children aren't coloring books. You don't get to fill them with your favorite colors."

19. "But the most impressive thing about your story is that it has irony...It is something that some writers reach for their entire careers and never attain."

Amir calls his father 'Baba', and here are some things said by Baba that reflect the man's personality.

22. "War doesn't negate decency. It demands it, even more than in times of peace."

23. "There is no act more wretched than stealing."

25. "There is only one sin, only one. And that is theft. Every other sin is a variation of theft."

26. "But better to get hurt by the truth than comforted with a lie."

27. "It may be unfair, but what happens in a few days, sometimes even a single day, can change the course of a whole lifetime, Amir."

'The Kite Runner' Quotes About Hassan

Here are some quotes about Hassan that show first-hand his unadulterated affection for Amir, something that most people would find soul-stirring.

28. "And that's the thing about people who mean everything they say. They think everyone else does too."

29. "Hassan couldn't read a first-grade textbook but he'd read me plenty. That was a little unsettling, but also sort of comfortable to have someone who always knew what you needed."

30. "How could I be such an open book to him when, half the time, I had no idea what was milling around in his head?"

31. "Then he smiled his Hassan smile and disappeared around the corner. The next time I saw him smile unabashedly like that was twenty-six years later, in a faded Polaroid photograph."

Here at Kidadl, we have carefully created lots of interesting family-friendly quotes for everyone to enjoy! If you liked our suggestions for 'The Kite Runner' quotes then why not take a look at ['The Alchemist' quotes], or ['The Handmaid's Tale' quotes]