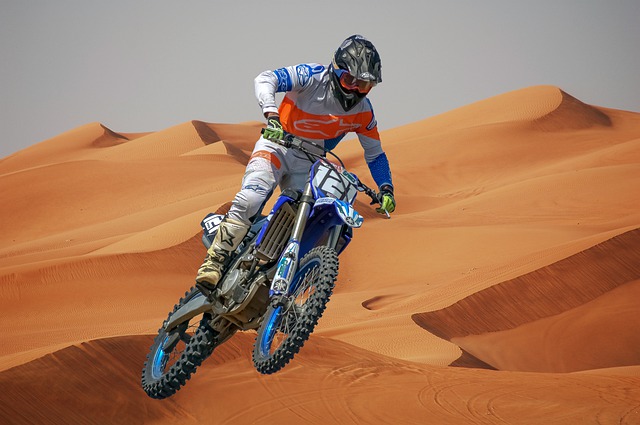 Are you looking for tough biker names for your video game character?

You’ve come to the right place. We provide you with an extensive list of more than 170 biker names to provide your video game biker character with.

Any video game enthusiast is aware of how important naming their video game character appropriately is. After all, the name you provide your protagonist biker with will well and truly set the mood for your gameplay. It will motivate you forward and keep you interested in steering your biker character to glory. So, what are some some tough boy names you can use for your video game biker? Let’s find out. This list includes loads of short, snappy and strong names for you to use!

For more name ideas, take a look at these tough boy names or these motorcycle club names.

Find below a list of popular names to provide your video game biker character with. Hopefully you will find a name that you like!

6. Agitator – Meaning “somebody who urges other people to protest or rebel.”

7. Agony – Meaning “suffering that is extreme in nature.”

14. Bear – Meaning “to carry the weight of.” Why not fall into the bear trap of this name?

16. Breaker – Meaning “heavy sea wave that breaks into foam on the shore.”

17. Brick – Meaning “small block of fired or sun-dried clay.” This name is one of the most popular biker names.

18. Brute – Meaning “a person who is savage like an animal.”

20. Butch – Meaning “having qualities that are traditionally masculine.”

21. Buzz – Meaning “an atmosphere of activity and excitement.” This name is undoubtedly a cool biker name.

22. Capone – A famous criminal name that doubles as one of the best biker names.

23. Chains – Meaning “a series of linked metal rings intended to secure something or for pulling weight.”

24. Crow – Meaning “a glossy black bird with a shrill voice.”

27. Cut – Meaning “to draw a wound onto something with a sharp object.”

28. Cutlass – Meaning “a short sword with a curved blade, frequently used by sailors.”

29. Cyclops – The name of the race of one-eyed giants in Homer’s 'The Odyssey'.

31. Daemon – Meaning “an entity between God and humans in Greek mythology.”

34. Daredevil – Meaning “a reckless person who likes dabbling in danger.”

37. Daydream – Meaning “a series of positive thoughts that might distract.”

57. Element – Meaning “an essential part of an abstract thing.”

61. Excavator – Meaning “person who digs up an archaeological site.”

63. Exterminator – Meaning “somebody who exterminates.”

68. Fate – Meaning “events occurring beyond the control of a person.”

Don't fall into the bear trap of picking a biker name that isn't tough enough! In this section, we inform you about some biker road names that you can give to your biker character.

78. Fist – One of the best biker names, it means “a palm with all the fingers enclosed.”

82. Fox – One of the more fancy biker names meaning “a mammal belonging to the dog family.”

83. Foxy – A favorite among cool biker names that means “like a fox.”

87. Furore – Meaning “an outbreak of excitement.”

90. Garter – Meaning “a band worn around the leg or arm to uphold a sock or stocking.”

93. Gauntlet – Meaning “a glove with a loose and long wrist.”

95. Gears – One of the biker names meaning “equipment used for a particular purpose.”

96. Geronimo – Meaning “used to express a sense of exhilaration.”

99. Gladius – One of our favorite biker names meaning “a sword which is short sized.”

104. Gorgon – A name meaning “Greek mythological being with magical powers.”

105. Goshawk – A name meaning “a large and short winged bird resembling a hawk.”

109. Grizzly – Meaning “large brown bear.” Why not lengthen this name to Grizzly Bear or Mama Bear? Choosing a name associated with a bear gives you a strong rugged biker persona.

110. Grudge – We really like this nickname which means “resentment resulting from past injury.”

111. Gunner – This name means “person operating with a gun.”

114. Hammer – This name means “heavy metal tool.” Great if you love your bike.

117. Harlem – The name of a New York City neighborhood.

119. Hashtag – A good name that is among the funny biker names, meaning “word or phrase preceded by the hash sign.”

121. Haunter – Meaning “person who haunts.” The perfect nickname for bike lovers to use.

128. Hero – Meaning “somebody admired for their courage.”

131. Hitter – Meaning “person who hits runs to score points in a game.”

134. Horror – Meaning “an intense feeling of disgust or fear.”

138. Hypernova – Meaning “exploder star with brighter energy than a supernova.”

144. Infinity – Meaning “state of being infinite.”

Still haven’t found a great nickname for your biking video game character? Maybe you will now.

157. Jawbone – A biker nickname meaning “bone in the lower jaw.”

158. Jesse James– An American outlaw who fought as a Confederate soldier.

161. Kafka – A Czech novelist. A good name for a philosophical biker.

163. Katana – Meaning “long Samurai sword” for those who love their bike.

164. Katniss – Meaning “plant with edible tubers.” For all bike lovers who are fans of 'The Hunger Games'.

166. Keno – One of the popular biker nicknames meaning “game of chance.”

170. Kiki – One of the amazing biker nicknames meaning “social gathering.”

Kidadl has plenty of name articles to inspire you. If you liked our suggestions here for biker names, you must check out our article all about strong male names too, or for something different take a look at these snake names.