133 Best Triplet Names To Inspire You 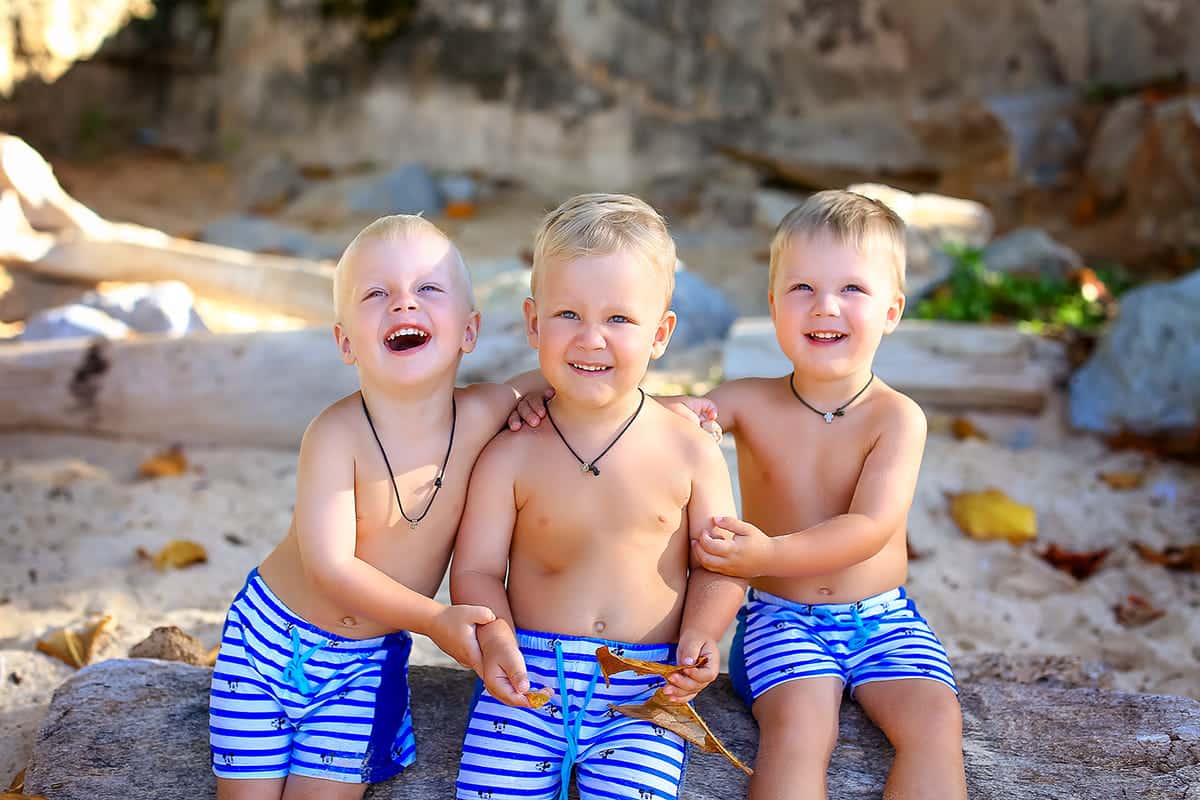 A baby in the house is a cause for happiness.

In the case of triplets, it's three times the amount of happiness. Along with this  happiness though, comes triple the amount of names as you need to pick not one, but three, great names for your triplets.

Babies from a multiple birth are amazing, you may have quadruplets (four babies), quintuplets (five babies), sextuplets (six twins), septuplets (seven babies), or even octuplets (eight twins). Whether it's cleaning, feeding, or putting to sleep, multiples definitely require a lot more work. But there is one job that we can help with right now: naming your new babies!

Looking for popular triplet girl names that will be perfect for your little baby girls? Pick one of the triplets names combinations from this list.

Jasmine (Persian origin), meaning "God's gift". Could also be used to refer to the flower.

Annabelle (Hebrew origin), meaning "one whom God has favored". Among the triplet names that rhyme.

Zippora (Hebrew origin), meaning "bird". One of the triplets names inspired by birds.

Jemima (Hebrew origin), this is among the names for triplets meaning "dove".

Rosemary (Hebrew origin), meaning "dew of the sea". These names for triplets are nature inspired.

June (English origin), name of the month, but could also refer to the Roman Goddess, Juno.

May (English origin), among the baby names representing a month, but this could also refer to the Roman Goddess of fertility, Maia.

Monica (Latin origin), meaning "to advise". If you're looking for names of popular trios, this set of names from 'Friends' is perfect for your little girls.

Sedona (English origin), referring to the beautiful city in Arizona known for its tranquility.

Want to ensure your sons get some popular triplet names that they can proudly wear for life? Pick one of the combinations from this list.

Theodore (Greek origin), meaning "God given". These are the names of the famous triplets characters from 'Alvin And The Chipmunks'.

Hermes (Greek origin), meaning "interpreter". Hermes was the Greek God of good luck and speed. These are powerful baby names to consider when naming your little boys.

Joey (Hebrew origin), meaning "God increases". If you're looking for names of popular trios, this set of names from 'Friends' is perfect for you.

Falcon (English origin), refers to a bird in the hawk family.

Want to explore some names that are popular for triplet boys and girls? Pick a combination you like from this list when naming your little babies.

Want to use names inspired by famous twins and triplets of celebrities when naming your little boys and girls? Pick the set of names you want from this list.

Jordan (Hebrew origin), this name means "one who descends". These are the triplets of Dr. Drew and Susan Pinsky.

Kidadl has lots of great baby names articles to inspire you. If you liked our suggestions for triplet names, check out these sibling names, or for something different these gemstone baby names.