Best 100+ Unusual Irish Boy Names That Will Stand Out 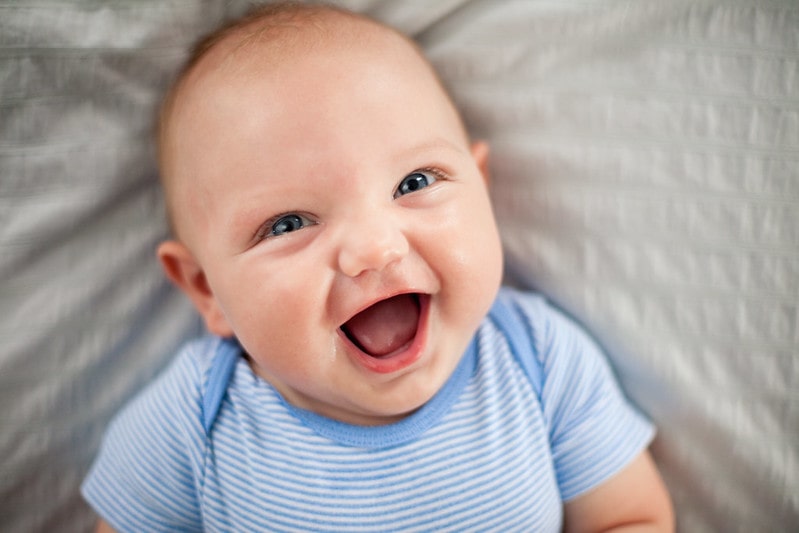 If you're looking for an unusual name for your baby, then you've come to the right place. We've hunted down the most uncommon male names with Irish origins. Some are truly rare Irish boy names that you won't hear often. They come from a pool of old Irish names, traditional Irish names and cute Irish boy names, but we think you'll agree that if you're looking for a unique Irish name for your baby boy, you'll find plenty to choose from on our list.

Many classic Irish names for boys have fallen out of use, which means you may well find one of the uncommon Irish boy names on the list below a wonderfully unique baby name for your son.

18) Diarmuid (also spelled Dermot and Deermot), this was the name of an Irish demi-god.

21) Eoin (also spelled Ewan, Ewen, Evan and Eoghan, and pronounced Owen), meaning "God is gracious". It's also the Gaelic form of John and is currently one of the most popular baby names in Ireland.

28) Hugh, the Anglicized version of Aodh (see above), meaning "fire".

30) Iollan (pronounced Ul-an), meaning "one who worships a different god".

33) Leith, which is also attributed to Scotland, meaning "wide".

49) Saorirse (pronounced Sor-cha), meaning freedom. This name is sometimes given to girls now, but it was originally a boys' name.

55) Ultan, meaning "one who comes from Ulster".

57) Yven, the name the French gave to Celts.

Some modern Irish boy names are gender neutral, but they still make strong boy names. See if one of the following Irish names grabs your fancy.

60) Cathal, this was the name of an ancient Irish saint, but has recently come out of underuse to become an unusual Irish baby name.

61) Clancy, originally an Irish surname and now used as a boy name. It means "red warrior".

62) Connelly, another unusual Irish baby name that started out as an Irish surname. It means "fierce as a hound".

64) Dillon, yet another Irish name that started as a surname, it means "like a son".

65) Farrell, which is a variant of Feargal, and comes from an Irish clan, meaning "member of the Fearghal clan".

66) Fintan, though an ancient name is only now starting to gain traction. It means "white fire".

67) Flynn, which probably started life as a surname and now used as an Irish baby name.

68) Keegan, another Irish name that was a surname but increasingly used as a first name, meaning "fire".

71) Maquire, which started off as a surname only, but has been taken up by parents recently as a first name. It means "son of the dark haired one".

76) Shane, meaning "God is gracious". This is an Irish baby name that can be given to a boy or a girl.

How about choosing one of these Irish names with meaning that hark back to Christmas? They're unusual and make cool baby names.

78) Críostóir (pronounced Kree-stor), this is the Irish version of Christopher and means "bearer of Christ".

80) Gaibrial, the Irish spelling of the archangel who appeared to Mary.

81) Nioclás (pronounced Nik-los), this is the Irish version of Nicholas and means "victory", though of course it also has connotations with St Nick.

Names that have been popularised through books and films can make great unusual baby names, as these prove.

83) Cullen, which became famous as the surname of the vampire family in the Twilight films, it's also used as an unusual Irish baby name and means "holly".

84) Darcy, which probably came from an Irish surname and is sometimes used for as a girl as well as a boy's name. It became popularised from Jane Austen's novel Pride and Prejudice, and means "dark haired".

86) Garrett, a character in Breaking Dawn, part of the Twilight saga.

87) Kermit, which has become well-known for being the name of the green frog in Sesame Street, it means "free man".

The list of famous Irishmen is long, meaning there are heaps of cool Irish names for babies that parents can be inspired by. What about a name meaning king or guardian? Choose one of the nearly unique Irish boy names here and that could be the subtext of your baby's name.

91) Conor, from the Irish mixed martial artist Conor MacGregor, meaning "one who loves wolves or dogs".

95) Seamus (pronounced Shaymus), from the Irish poet Seamus Heaney. Seamus is the Irish version of James.

96) Benen, which was the name of an ancient Irish saint.

97) Carbry, meaning "charioteer". Iósua (pronounced Yo-swa), this is the Irish version of Joshua and means "salvation".

103) Finbar, which is an ancient Irish saint's name.

111) Seosamh (pronounced Show-sav), this is the Irish version of Joseph and means "he will add".

117) Tynan, originally a surname but starting to get used as a first name, meaning "dark".