10 Best Vaporwave Quotes For The Funky Music And Art Style 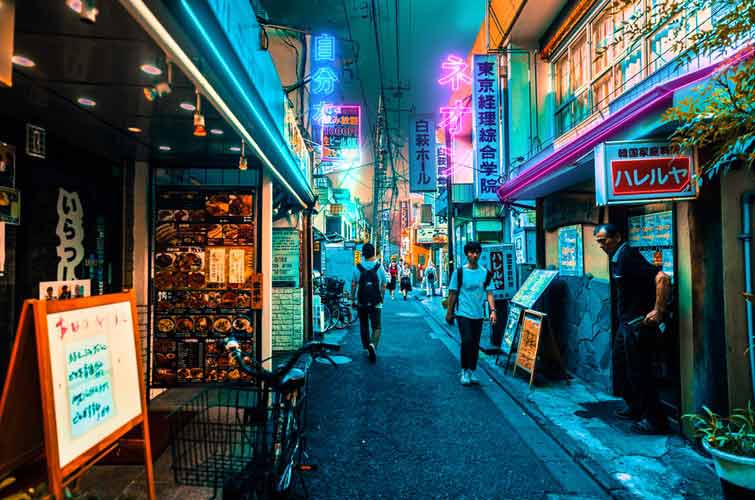 Vaporwave is a microgenre that was born and raised on the internet in the early 2010s.

Vaporwave music is composed by taking references from older songs, web designs, images, elements of pop culture and combine them with surreal and distorted elements. Vaporwave gives nostalgia, reminiscent of memories of the past in a completely different way.

Vaporwave is characterized as electronic music and an art style. Consequently, after it gained significant exposure in 2012, subgenres of Vaporwave have evolved, including hardvapour, future funk, and mallsoft. In the internet meme, the Vaporwave aesthetic has been popular due to the 2D and 3D computer-generated graphics and not to mention bringing back the old musical styles and consumer culture in a unique manner. Vaporwave also incorporates sounds, imagery from East Asia, especially Japan. Hence one can say this art form is not limited to one region or culture but is developed globally by artists who use the internet to share their ideas.

Vaporwave is derived from the term 'vaporware', a commercial software that was never released. A few of the Vaporwave producers are Skylar Spence, Oneohtrix Point Never, James Ferraro, George Clanton, Infinity Frequencies. Some people refuse to accept this art form and term it as dead or uninspiring, as they believe it is mere stealing of '80s songs and slowing them down to create music, and it requires minimum effort. Evidently, this art form is not for everyone.

If you like the work of millennials who created a new genre of music and aesthetic that offers an alternative history, then here we bring a collection of Vaporwave quotes for all the fans of this funky music and art style. You may also like our articles Art quotes for kids and Internet quotes.

Vaporwave is composed of slowed-down samples and music from the 1980s and 1990s by chopped and screwed techniques. The visual aesthetic constitutes late 1990s web design, glitch art, Internet imagery, and many more. A few of the famous Vaporwave bands or Vaporwave albums are Floral Shoppe, Hardvapour, Chuck Person's Eccojams, and Blank Banshee, among others. If you are looking for vaporwave quotes, wallpaper quotes, then find below are a few one-liners that you may use.

2."I mean, I just think people are so interesting."

3."I love sarcasm. It's like punching people in the face, but with words."

5."You are the artist of your life. Don't give the paintbrush to anyone else."

6."What is vaporwave? According to commenters in various music forums, it's 'chillwave for Marxists,' 'post-elevator music,' 'corporate smooth jazz Windows 95 pop,'"

7."It seems now me and other ppl who were doing things before the tag got invented are living with it, more or less. once this kind of thing explodes, it becomes futile to try and kill it off. I'd rather just keep doing what I'm doing instead of making everything I do a reaction to this label."

8."Of course I'm into it. I don't see any reason for antagonism. I'm curious about the formal ideas behind what other people are doing all the time. I'd like to learn more in that sense about that crew of artists at some point."

9."I tend to categorize this category of music as 'vaporwave' (similarly to 'vaporware' type of software) – projects trying to the replicate retro feel of the older decades (analog synths etc.) with shy beat structures and New Age-y and old computer imagery."

10."As I have learned over the years, and will discuss further in subsequent chapters, the reluctance to experiment, test, evaluate, and learn that I experienced at General Motors is all too common."

Here at Kidadl, we have carefully created lots of interesting family-friendly quotes for everyone to enjoy! If you liked our suggestions for Best Vaporwave Quotes For The Funky Music And Art Style, then why not take a look at Unique Quotes or Thoughtful Quotes.