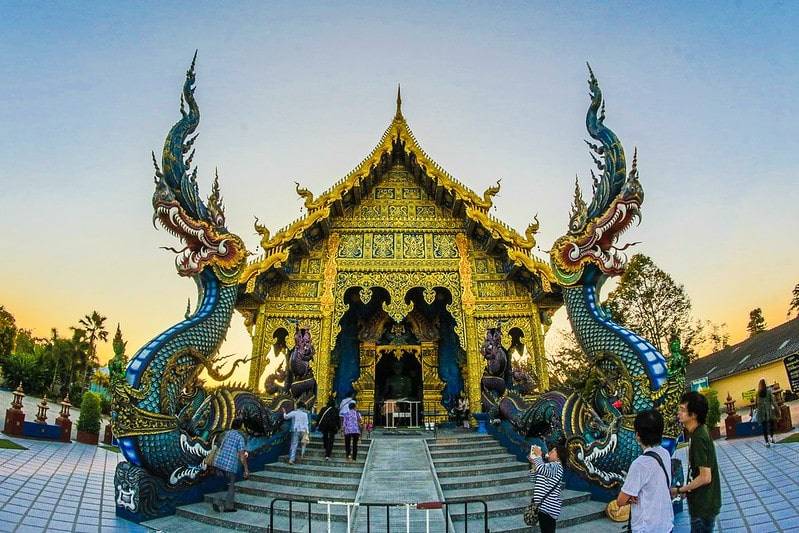 Water dragons are a type of sea serpent which are scattered across mythologies, films, books and popular culture.

Draconic names are powerful and fearsome as they attribute characteristics of a dragon to the named person. That’s why many people from across the world like to give their characters unique names of dragons.

Water dragons are known to encircle the world and in Eastern culture, they are seen as an epitome of wisdom. Their color is generally blue, but may change as per their natural habitat. We have compiled a list of water dragon names from different cultures like Chinese water dragon names or from games, movies and mythology. These names that mean snake, serpent or dragon have a powerful ring to them, worthy of water dragons.

If you are looking for a name for dragon for your male character, here is a list of names that mean water dragon which will strike fear in the hearts of others:

4.Goko (Japanese origin) is an alternative of Goku meaning “aware of loneliness”. It is the name of the dragon king ruling the East Sea. This name is also associated with the famous Dragon Ball-Z character, Goku.

5.Haku (Japanese origin) meaning “white”. A famous character who can transform into a dragon from Hayao Miyazaki’s film, Spirited Away.

7.Imoogi (Korean origin) meaning “a huge serpent”. This name is associated with a mythical sea monster from Korean mythology.

10.Ladon (Greek origin) is the name of Dragon of Hera, a Greek river god of dragons who had 100 heads.

12.Mushu (Chinese origin) means “fearless”. A fictional side character who is a dragon in the Disney movie Mulan.

13.Ryujin (Japanese origin) is the name of the revered dragon sea god in Japanese mythology.

14.Smaug (English Origin) refers to a fictional dragon from Tolkien’s book The Hobbit.

Cool water dragon names can really bring out the innate power of any female character. Here is a list of female names for dragons:

17.Atlantis (Greek origin) refers to a mythical city known to have been lost under the sea.

19.Feilong (Chinese origin) refers to a Chinese Dragon god of the mist and clouds.

22.Nessie (Scottish origin) is a nickname for The Lochness Monster, possibly a sea serpent.

23.Siren (Old French origin) is associated with mystical sea-creatures that lure sailors to their deaths.

24.Tiamat (Ancient Babylon origin) is the name of a dragon character in Dungeon and Dragons.

Here is a list of powerful dragon names if you want to keep it gender-neutral:

27.Charizard (English origin) is a famous dragon creature from Pokemon.

29.Eragon (Albanian origin) name of a fictional dragon rider from the book series by Christopher Paolini.

30.Godzilla (Japanese and Kujira origin) refers to a fictional titanic reptilian monster famous for the 1954 film by Ishiro Honda.

31.Jabberwocky (English origin) refers to the dragon from the novel, Through the Looking-Glass.

32.Longwan (Chinese origin) is associated with a dragon who is the ruler of the seas.

34.Naga (Tibeto-Burman origin) is linked to a semi-divine mystic race who is part human and part cobra.

35.Panlong (Chinese origin) refers to a water dragon god that rules over time.

37.Shenlong (Chinese origin) is associated with a dragon that rules over the weather. Quite similar to Shenron, the mythical dragon from the Dragon Ball Z series.

38.Viper (Latin origin) meaning "a deadly serpent". A famous supervillain in the Avengers and X-men series from Marvel Comics.

39.Wyrm (Old English origin) meaning "evil reptile or serpent". It is associated with the dragon in Beowulf.

40.Yinglong (Chinese origin) is linked to a dragon god ruling over the rain and floods.

Kidadl has lots of great names articles to inspire you. If you liked our suggestions for Water Dragon Names, take a look at names meaning wind, or for something different here are unusual middle names.