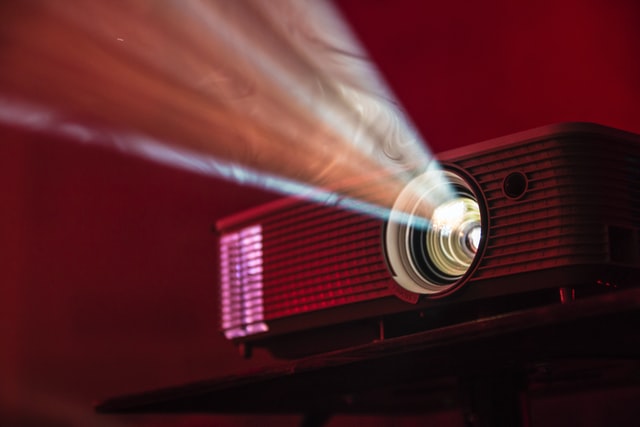 The famous 'Westworld' movie is a sci-fi thriller which was written and directed by Michael Crichton in the year 1973.

'Westworld', the film, is all about human-like robots that malfunction and start murdering the visitors of an amusement park. While the TV series' plot is more technologically advanced, it is still about a wild-west amusement park by the very same name, 'Westworld', which is populated by the android robots known as Hosts.

The 'Westworld' amusement park caters for high-paying guests who could enjoy their fantasies within the park without the fear of being attacked by Hosts (who are programmed not to harm humans). But things go wrong as the Host robots start to malfunction and begin to harm the guests. The show has been immensely popular and its quotes have become something akin to a phenomenon. Here's a curated list of some great 'Westworld' quotes.

If you like these quotes, you can also take a look at these 'Twin Peaks' quotes and 'True Detective' quotes for more great quotes from the world of film and TV.

The Most Famous Quotes From 'Westworld'

Here are some famous quotes from Westworld which have turned memorable over time.

1. “Some say you destroy your enemy by making them your friend. I'm more of a literal person.”

2. “Patience is the most overrated virtue.”

3. “I was angry at first. Torn between two impulses. We can annihilate them, or we can tear down their world in the hopes we can build a new one. One that’s truly free.”

Akecheta: Take mine in its place."

6. “I used to think this place was all about pandering to your baser instincts. Now I understand. It doesn’t cater to your lowest self, it reveals your deepest self. It shows you who you really are.”

7. “I guess people like to read about the things that they want the most and experience the least.”

8. “Humans created the idea of heaven and hell to cow simple-minded people into compliance. They are lies.”

9. “Consciousness isn’t a journey upward, but a journey inward. Not a pyramid, but a maze.”

10. “Humanity’s biggest threat has always been itself.”

We love these Robert Ford and Maeve quotes, 'Westworld' is truly loved!

11. “If there’s one thing I know about human nature, it’s that your stupidity is only eclipsed by your laziness.”

12. “We can’t define consciousness because consciousness does not exist. Humans fancy that there’s something special about the way we perceive the world, and yet we live in loops as tight and as closed as the hosts do, seldom questioning our choices, content, for the most part, to be told what to do next.”

14. “Your mind is a walled garden, even death cannot touch the flowers blooming there.”

16. “I've always loved this view. Every city, every monument... Man's greatest achievement will all be chased by it... By that impossible line, where the waves conspire, where they return. A place maybe you and I will meet again.”

17. “All my life, I've prided myself on being a survivor. But surviving is just another loop.”

18. “We humans are alone in this world for a reason. We murdered and butchered anything that challenged our primacy.”

19. "We are all bound together, the living and the damned."

'Westworld' Quotes That You Will Love

Here are some quotes that you might love to read.

20. “There is ugliness in this world. Disarray. I choose to see the beauty,”

21. “What humans describe as sane is a narrow range of behaviors. Most states of consciousness are insane.”

25. “I've served death well, and in turn, it will be watchin' over us as we cross these lands.”

Peter Martin: This place is fun."

27. “I don’t concern myself with the present. My business is the future.”

28. “I will have such revenges on you both… What they are, yet I know not: but they shall be the terrors of the earth…”

29. “You live only as long as the last person who remembers you.”

Here are some collected 'Westworld' Dolores quotes, 'Westworld' season 1 quotes, and many more from the TV series.

30. “Take me to the place you promised. Take me to where the mountains meet the sea.”

35. “Everything in this world is magic, except to the magician.”

36. “I understand now. This world doesn’t belong to them; it belongs to us.”

40. “Someone once told me that there's a path for everyone. And my path leads me back to you.”

41. “Winning doesn’t mean anything unless someone else loses.”

42. “It’s tribal. They use plumage to identify themselves, which makes them easily fooled.”

43. “Real love is always worth waiting for.”

44. “The longer I work here, the more I think I understand the Hosts. It's the human beings that confuse me.”

Here are some 'Westworld' quotes that have been inspired by Shakespeare's plays.

45. “These violent delights have violent ends.”

To this great stage of fools.”

- Peter Abernathy, 'Westworld', from 'The Tempest'.

47. “By my most mechanical and dirty hand and I shall have such revenges on you both.”

We have curated some of the best quotes from the movie 'Westworld' (1973).

51. “Sloppy with your drink. Someone get this man his momma.”

Robot Gunslinger: You say something boy?

Peter Martin: I said you talk too much.

55. “Why don't you make arrangements to take our hovercraft to Medieval World, Roman World and Westworld. Contact us today, or see your travel agent. Boy, have we got a vacation for you.”

Here at Kidadl, we have carefully created lots of interesting family-friendly quotes for everyone to enjoy! If you liked our suggestions for 'Westworld' quotes then why not take a look at these ['West Wing' quotes] or Katherine Pierce quotes too?