55+ Best Wilderness Quotes To Be In Communion With Nature 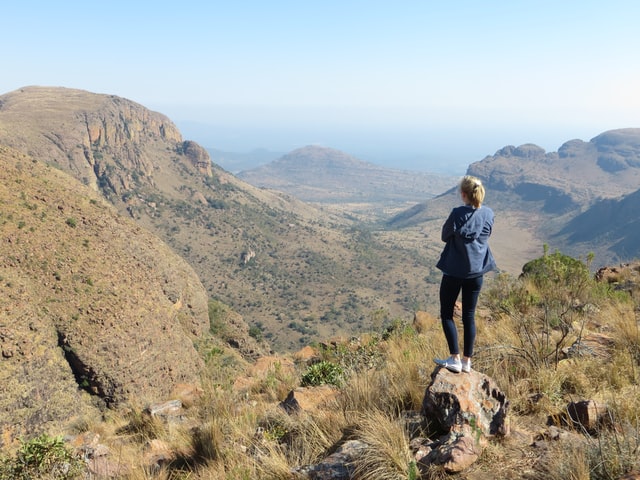 Wilderness refers to any region that is uninhabited by man and is predominated by natural elements.

If you like what you read, then do check out our other quotes articles like [Wild quotes] and [Wildflower quotes].

Here are some of the greatest wilderness quotes that you can share with your friends.

To the wild wood and the downs, —

To the silent wilderness,

Where the soul need not repress its music."

2. "Wildness reminds us what it means to be human, what we are connected to rather than what we are separate from."

A wilderness of water."

4. "We must be refreshed by the sight of inexhaustible vigor, vast and Titanic features, the sea-coast with its wrecks, the wilderness with its living and its decaying trees, the thunder cloud, and the rain which lasts three weeks and produces freshets."

- Henry David Thoreau, 'Walden; or, Life in the Woods'.

5. "Man always kills the thing he loves. And so we the pioneers have killed our wilderness."

- Aldo Leopold, 'A Sand County Almanac and Sketches Here and There'.

6. "Wilderness is not a luxury but a necessity of the human spirit, and as vital to our lives as water and good bread."

7. "If wilderness is outlawed, only outlaws can save wilderness."

- Edward Abbey, 'A Voice Crying in the Wilderness (Vox Clamantis in Deserto): Notes from a Secret Journal'.

8. "I made it through the wilderness

Somehow I made it through

Didn't know how lost I was until I found you"

9. "The clearest way into the Universe is through a forest wilderness."

10. "The farther one gets into the wilderness, the greater is the attraction of its lonely freedom."

11. "A definition is the enclosing a wilderness of idea within a wall of words."

12. "Something will have gone out of us as a people if we ever let the remaining wilderness be destroyed…We simply need that wild country available to us, even if we never do more than drive to its edge and look in."

13. "The wilderness holds answers to questions man has not yet learned to ask."

14. "If you know wilderness in the way that you know love, you would be unwilling to let it go. We are talking about the body of the beloved, not real estate."

15. "In wilderness I sense the miracle of life, and behind it our scientific accomplishments fade to trivia."

16. "Our drive, our ruggedness, our unquenchable optimism and zeal and elan go back to the challenges of the untrammeled wilderness."

17. "Without wilderness, we will eventually lose the capacity to understand America."

18. "The idea of wilderness needs no defense, it only needs defenders."

19. "But the love of wilderness is more than a hunger for what is always beyond reach; it is also an expression of loyalty to the earth, the earth which bore us and sustains us, the only home we shall ever know, the only paradise we ever need — if only we had the eyes to see."

20. "Only by going alone in silence, without baggage, can one truly get into the heart of the wilderness. All other travel is mere dust and hotels and baggage and chatter."

21. "Universe is through a forest wilderness."

22. "Wilderness is a necessity... there must be places for human beings to satisfy their souls."

23. "Be that as it may, I am glad I shall never be young without wild country to be young in."

24. "A civilization which destroys what little remains of the wild, the spare, the original, is cutting itself off from its origins and betraying the principle of civilization itself."

- Edward Abbey, 'A Sand County Almanac and Sketches Here and There'.

26. "Earth and sky, woods and fields, lakes and rivers, the mountain and the sea, are excellent schoolmasters, and teach some of us more than we can ever learn from books."

27. "In Wildness is the Preservation of the World."

-Henry David Thoreau, the title of his book.

Nature nurtures, and these quotes about nature will inspire you to nurture it back. Read this list of the best nature quotes appreciating nature's beauty.

28. "One of the first conditions of happiness is that the link between man and nature shall not be broken."

29. "The most beautiful gift of nature is that it gives one pleasure to look around and try to comprehend what we see."

30. "The greatest wonder is that we can see these trees and not wonder more."

31. "Nature always wears the colors of the spirit."

32. "Adopt the pace of nature. Her secret is patience."

33. "Nature is pleased with simplicity. And nature is no dummy."

34. "By discovering nature, you discover yourself."

35. "I love Nature partly because she is not man, but a retreat from him. None of his institutions control or pervade her."

36. "I believe that there is a subtle magnetism in Nature, which, if we unconsciously yield to it, will direct us aright."

37. "Nature loves courage. You make the commitment and nature will respond to that commitment by removing impossible obstacles."

38. "Everybody needs beauty as well as bread, places to play in and pray in, where nature may heal and give strength to body and soul."

These quotes about the blue planet will inspire you to care for it.

41. "The planet is, was, and always will be stronger than us. We can't destroy it; if we overstep the mark, the planet will simply erase us from its surface and carry on existing."

42. "Find your place on the planet. Dig in, and take responsibility from there."

43. "Those who dwell among the beauties and mysteries of the earth are never alone or weary of life."

What have they done to our fair sister?

Ravaged and plundered and ripped her and bit her

Stuck her with knives in the side of the dawn

And tied her with fences and dragged her down"

- Jim Morrison, 'When The Music's Over'.

45. "Earth is ancient now, but all knowledge is stored up in her. She keeps a record of everything that has happened since time began."

46. "We are all butterflies. Earth is our chrysalis."

47. "I put up my thumb and shut one eye, and my thumb blotted out the planet Earth. I didn't feel like a giant. I felt very, very small."

48. "Those who contemplate the beauty of the earth find reserves of strength that will endure as long as life lasts."

50. "Trees are poems that the earth writes upon the sky."

51. "It is spring again. The earth is like a child that knows poems by heart."

But only he who sees, takes off his shoes."

53. "And forget not that the earth delights to feel your bare feet and the winds long to play with your hair."

55. "If we surrendered to earth's intelligence we could rise up rooted, like trees."

56. "Now I see the secret of making the best person. It is to grow in the open air and to eat and sleep with the earth."

Here at Kidadl, we have carefully created lots of interesting family-friendly quotes for everyone to enjoy! If you liked our suggestions for Wilderness Quotes then why not take a look at Transcendentalism quotes, or [Wild Child quotes].