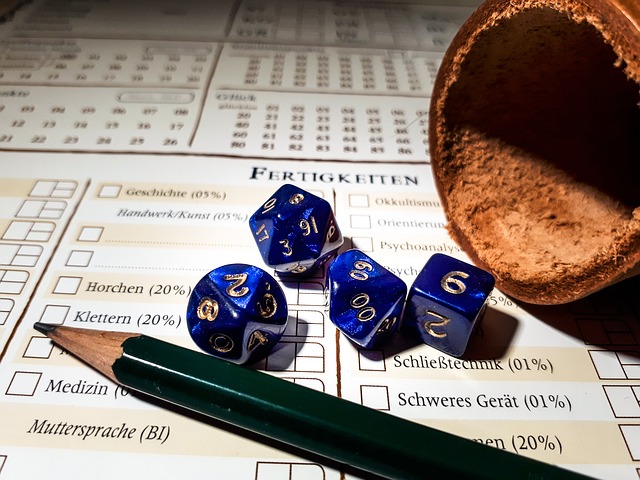 The Ysoki is a playable race in the role playing game 'Starfinder', which was developed by Paizo Inc, the same people responsible for the breakthrough game Pathfinder.

In the game's setting, the Ysoki is an often overlooked race, as out of all the races the Ysoki is the smallest. However, among all the 'Starfinder' races, Ysoki have progressed rapidly due to their collective technological prowess and wit.

If you're a fan of the Paizo Inc game and need help to get a name for your Ysoki character, you're at the right place. Read on as we take you through more than 50 'Starfinder' Ysoki names, whether you are looking for a female Ysoki name or male Ysoki names. To find even more names from the 'Starfinder' universe created by Paizo Inc, check out these Kasatha names right here on Kidadl, or for something a little these Direwolf names might interest you.

Let's talk a little bit about the Ysoki race and how they appear in the Starfinder world, their qualities, and the kind of names that best suit them. In terms of appearance, the Ysoki resemble humanoid rats. They get to maneuver and maintain balance even in zero gravity thanks to their partially prehensile tails. The Ysokis aren't very tall, with the average Ysoki being somewhere between three to four feet tall. Their smelling prowess is legendary as they are able to smell complex chemicals and identify them in next to no time. Their hands are also incredibly delicate, which help them to work on delicate electronics.

Most Ysokis are good at heart and take great pride in being who they are, even though the larger races' attitude towards them results in the Ysoki being often overlooked. However, their ability to get by happily in the innards of the various spaceships in the 'Starfinder' world makes them one of the most prevalent races in the game.

Due to their love for gadgets and technology, we're going to focus mostly on 'Starfinder' Ysoki names inspired by science. Many Ysokis also have rat names that are related to their personalities and physical traits and we'll check them out as well. Let's get things going because,remember, every starship needs rats!

The Ysoki race has great expertise when it comes to working with technology, so here you can pick from several 'Starfinder' Ysoki names inspired by some famous names from the world of science. You should consider these names when picking Ysoki last names and first names.

3. Aristotle, inspired by the Greek polymath and philosopher.

4. Atlas, inspired by the Greek titan of navigation and astronomy.

8. Charles, inspired by Charles Babbage, the scientist responsible for creating the first ever mechanical computer.

14. Galileo, inspired by the Italian astronomer.

16. Gregor, inspired by Gregor Mendel, who is credited as the founder of modern gene studies.

18. Hypatia, inspired by the ancient mathematician.

19. James, inspired by James Watt, one of the creators of the steam engine.

In this part, let's get inspired by some Ysoki names based on the characters' traits. Because they are the smallest of all the 'Starfinder' races, Ysoki character names often are cute and short.

29. Boombox, for the Ysoki who likes being loud.

30. Copycat, for the Ysoki who isn't very original.

31. Cookie, for the cute and sweet little Ysoki character.

32. Database, for the Ysoki character who has information about everything.

33. Eyepatch, for the eyepatch wearing Ysoki.

34. Foulplay, for the Ysoki character who doesn't mind breaking the rules.

35. Furball, for a furry little Ysoki.

36. Glutton, for the Ysoki who just can't stop eating.

37. Goofball, for the Ysoki character who goofs around a lot.

38. Limitless, for the Ysoki who believes that nothing is impossible.

39. Nibble, for the Ysoki who likes to nibble.

40. Nugget, use this name for the smallest Ysoki character.

41. Profit, for the business minded Ysoki who likes making profits.

43. Sloth, use this name for the lazy Ysoki.

44. Safetypin, for the Ysoki who prioritizes safety over all else.

45. Spaceracer, for the Ysoki character who likes racing through the 'Starfinder' world.

46. Sparkle, a great female Ysoki character name to use for a character who stands out.

47. Sparks, for the Ysoki who always manages to light up every situation.

48. Stinkbomb, use this name for the Ysoki character who smells really bad.

49. Tickles, one of the best Starfinder names for a funny Ysoki character.

50. Twinkle, for the Ysoki who twinkles like a star in the 'Starfinder' world.

51. Volcano, for an angry Ysoki character.

Kidadl has lots of great names articles to inspire you. If you liked our suggestions for Ysoki names, then check out these Zabrak names or Dwarf Names for more.