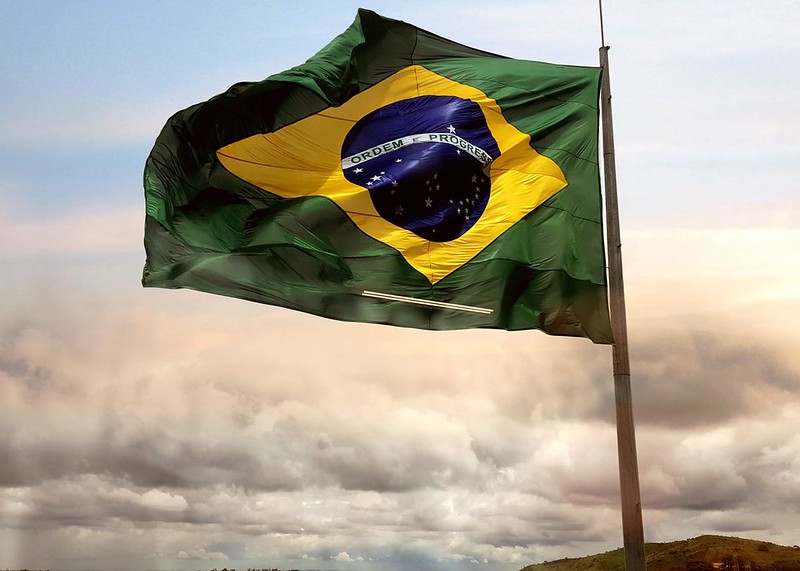 The largest country in South America with a population of 207,900,000, Brazil provides a vast array of last names, but not all of the surnames in Brazil come from that country.

Like most places, it has seen its fair share of immigration throughout history so the last names you see used in Brazil also come from Spain, Portugal, Ireland, Italy, and other countries. Brazilian names often provide genealogical clues to where a family have lived, since they often use place names as surnames.

Some common surnames among people in Brazil include Cruz, Franco, and Esteves, but you will find a few rarer last names too, such as Rachlyn and Raij. The surname Brazil itself refers to a "wood of red color sometimes used to make red dye" as well as "a type of edible nut".

Many people in Brazil have more than one last name. Typically, a native Brazilian has two surnames, or sometimes three. Brazilian last names consist of both the mother and the father's last names. When a woman marries, she often takes her spouse's last name as well.

For more surname ideas from around the world, take a look at these Icelandic surnames and these Southern last names from the USA.

You can still find a handful of ancient Brazilian names amongst the people of Brazil. Some of these surnames go back to a time before organized governments and paper records since they stem from the native peoples of the Americas. Others hearken back to medieval times and may represent some of the first people to settle in Brazil.

2. Afonso (Portuguese, Iberian Origin) from the first dynasty and King of Portugal, Afonso Henriques; denoting an illegitimate child of that dynastic line

4. Bocaiúva (Portuguese Origin) from the indigenous Brazilian last name for the American Indian nation who lived in the Minas Gerais region

6. Tupinambás (Portuguese Origin) from the indigenous Brazilian name for the American Indian nation that lived along the Brazilian coast from the Guanabara Bay to the mouth of the Amazon River

Some last names found in Brazil prove rare because few individuals from where they originated moved to Brazil, but others became rare as a name is dying when those who remain in its ancestral line die over the generations.

7. Rachlyn (Jewish; Polish; Brazilian Origin) a Portuguese derivative of the Jewish surname Rachman, this is only found rarely in Brazil.

9. Schmidt (German Origin) referring to an individual employed as a blacksmith

Some last names used in Brazil sound similar to those in or originate from many Spanish speaking countries. This is because many ancestors of those now living in Brazil once lived in Spain, Portugal, Iberia, or were the Aboriginal people of the South and North Americas. Many of these Brazilian last names refer to the area of origin of the ancestors.

12. Almada (Portuguese Origin) from the place name of the same name; a last name for those with familial origin in that city

13. Almeida (Portuguese Origin) from the city name in Portugal

14. Alvarenga (Portuguese Origin) from the place name of the same name; a last name for those with familial origin in that city

18. Araujo (Portuguese Origin) meaning "from the place name for a region in Galicia"

27. Braga (Portuguese Origin) from the place name for a city in northern Portugal

33. Cava (Portuguese Origin) meaning "cave; cellar"; an occupational name for one who works in a wine cellar

38. Correia (Portuguese Origin) an occupational name referring to one who makes leather belts

39. Corte (Portuguese Origin) meaning "court;” an occupational name for an individual working at a manorial court; an individual who lives near a court

45. Faria (Portuguese Origin) from the town place names in Braga and Aveiro

49. Gracie (Portuguese, Spanish Origin) meaning “gracefulness; honor; mercy;” the name has become famous worldwide due to the family of the surname who competes in martial arts; ancestors of that family, Helío, George, and Carlos, they founded the martial art known as Brazilian jiu-jitsu (BJJ)

51. Lima (Portuguese Origin) meaning “an individual living near a river”

55. Madruga (Portuguese Origin) meaning "to get up early"

64. Mota (Portuguese Origin) meaning "an individual living near a fort"

74. Ramos (Portuguese Origin) meaning "an individual who lives by a forest"

76. Rego (Iberian, Portuguese Origin) meaning "an individual who lives near a water channel"

80. Ribeiro (Portuguese Origin) meaning "small creek" or "by the river"

91. Sanna (Portuguese Origin) meaning "one with a big protruding tooth"

98. Saramago (Portuguese Origin) the name of a plant

106. Tolentino (Portuguese Origin) from the place name in the province of Macerata, Italy

107. Vagula (Estonian, Brazilian Origin) a place name of a village and a lake in Võru Parish, Võru County in southern Estonia