45+ Burning Bridges Quotes To Help You Move On 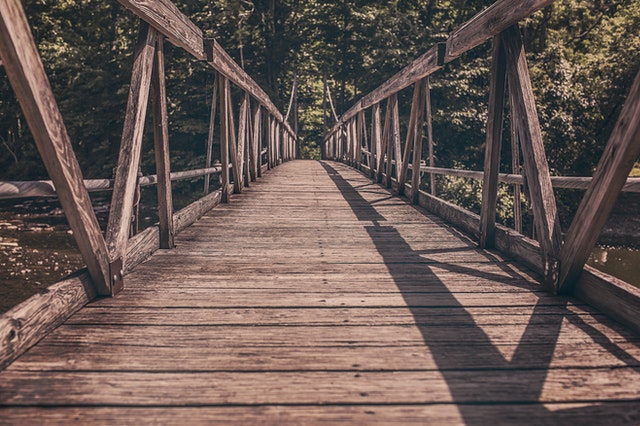 As difficult as it sometimes can be, we all need to burn some bridges now and then in order to cut ties from toxicity.

The phrase "burn the bridge" means cutting off communication with someone or closing the chapter on a particular period of your life. This forces you to take a new path in life and makes it impossible for you to return to an earlier toxic situation.

It might sound drastic, and many people have argued that burning bridges is a sign of immaturity or someone struggling to handle their emotions, but for people who are stuck in toxic friendships or relationships, burning bridges can be a really effective way to move on. Once the metaphorical bridge is burnt, you won’t be able to cross it again, thus that helping you to move forward.

Making the decision to burn your bridges should not be taken lightly, but that is not to say that you should never burn bridges. Perhaps a friend has repeatedly shown that they don't respect you, or has said multiple things that upset you; both of these could be reasons to cut off communication and burn the bridges in this friendship.

The Best Quotes About Burning Bridges

3. “I set fire... to the rain. Watched it pour as I, touched your face. Well, it burned while I cry. Cause I heard it screaming out your name, your name!”

4. “You don't have to worry about burning bridges, if you're building your own.”

5. “It makes no difference if I burn my bridges behind me ― I never retreat.”

7. “I demolish my bridges behind me ― then there is no choice but to move forward.”

8. “Respect yourself enough to walk away from anything that no longer serves you, grows you, or makes you happy.”

11. “Burning bridges in order to escape.”

12. “Never burn your bridges till you come to them.”

14. “We should fight for our relationships, but if fighting means ripping yourself to shreds and piggybacking all his demons, you need to leave.”

15. “Love should not make you feel like walking on eggshells.”

17. “Sometimes you get the best light from a burning bridge.”

18. “The best way to predict the future is to create it.”

19. “To give anything less than your best, is to sacrifice the gift.”

21. “Never burn bridges. If it’s a faulty bridge then close it off and let it fall on its own.”

22. “Sometimes the bridges you burn light the way out of your darkness, but the memory of the blaze will be burned into your heart and mind forever.”

23. “The problem is he didn't just burn his bridges when he left New York, he blew them up and napalmed the river.”

24. “We cross our bridges when we come to them and burn them behind us, with nothing to show for our progress except a memory of the smell of smoke, and a presumption that once our eyes watered.”

25. “Also, if I did join another show, I'd end up burning my bridges to the show I love most.”

26. “It's all about people. It's about networking and being nice to people and not burning any bridges. Your book is going to impress, but in the end it is people that are going to hire you.”

27. “'What are we going to do, Ayden?' she whispered, glaring up at me. ‘I don't know,’ I confessed. ‘But how about we burn that bridge when we get there?’ ‘I thought it was 'cross' that bridge?’ I lightly poked her in the eye and she laughed. ‘No. We're burning bridges. Crossing is so overrated.’”

Quotes can sometimes help us to understand the real meaning of life. Here are some inspirational 'Burning Bridges' quotes from the book by Nadège Richards that might just offer you a bigger picture on the purpose of life.

28. “You just know something is amiss, when you look at someone and long for something that is not yours or you cannot have. It's an absence - a loss of a heartbeat.”

29. “Today is yesterday's victory, yesterday is tomorrow's conquest, and tomorrow is today's war. Though I face death, I am not fearsome.”

30. “I wish for today and dream of yesterday. If the gods should hold me in their favor, then I shall hope for tomorrow.”

31. “Is our blood not the same color? Do we not bleed the same or share each other's burdens?... What makes you and I so different, Ayden?”

Knowing when or if to burn bridges can be tough. Sometimes the hardest thing is making the decisions to burn the bridge and leaving yourself with no bridge to cross if you want to turn back. Here are some interesting burning bridges quotes from Dorothy Parker, Tom Stoppard, and more that might be able to help you get through the experience of burning the bridge in a relationship or a friendship.

32. “It’s one thing if a person owns up to their behavior and makes an effort to change. But if a person disregards your feelings, ignores your boundaries, and continues to treat you in a harmful way, they need to go.”

33. “Until you let go of all the toxic people in your life, you will never be able to grow into your fullest potential. Let them go so you can grow.”

34. “Like arsenic, toxic people will slowly kill you. They kill your positive spirit and play with your mind and emotions. The only cure is to let them go.”

35. “My land is bare of chattering folk; the clouds are low along the ridges and sweet's the air with curly smoke from all my burning bridges.”

36. “You don't have to worry about burning bridges, if you're building your own.”

37. “When one burns one's bridges, what a very nice fire it makes.”

38. “Do not keep the slanderer away, treat him with affection and honor: Body and soul, he scours all clean, babbling about this and that.”

39. “New York is something awful, something monstrous. I like to walk the streets, lost, but I recognize that New York is the world's greatest lie.”

40. “Bridges are meant for burning, when the people and memories they join aren't the same.”

41. “Yesterday is not ours to recover, but tomorrow is ours to win or lose.”

42. “Stop telling me not to burn bridges. Some bridges are meant to be burned; some roads are never meant to be traveled again.”

45. “Letting go doesn’t mean that you don’t care about someone anymore. It’s just realizing that the only person you really have control over is yourself.”

46. “Forgiveness is God's greatest gift because it meets our greatest need.”

48. “Minho had taught Thomas that speaking only wasted energy, so he concentrated on his pace and his breaths.”

Here at Kidadl, we have carefully created lots of interesting family-friendly quotes for everyone to enjoy! If you liked our suggestions for burning bridges quotes, then why not take a look at these [forgive yourself quotes] or you got this quotes too?