'Can Implantation Bleeding Be Heavy?' & Other Questions 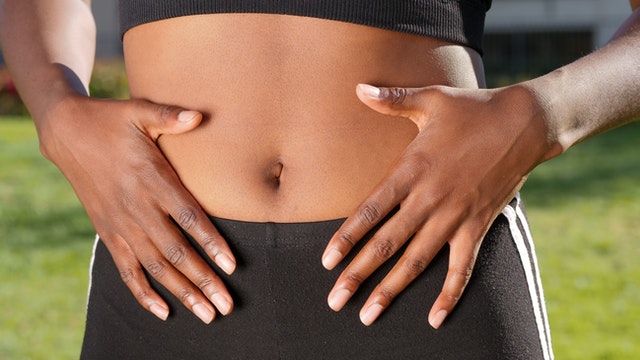 If you don't know about implantation bleeding, it can come as a bit of a shock during early pregnancy.

Many women mistake it for a period, and some women don't experience implantation bleeding at all. Most of the time, it is very light and has few symptoms, and the majority of the time it is nothing that you need to worry about.

Knowing the difference between your period, implantation bleeding, and other types of bleeding while you are pregnant will help you to work out what you need to do and when you need to seek medical help.

If you want to know more about your pregnancy, then why not take a look at this piece on what to expect at the 11 week ultrasound, and find out how many days after your period you can get pregnant.

What Is Implantation Bleeding?

Implantation bleeding is a symptom of early pregnancy that isn't often talked about, so can come as a bit of a surprise.

It is a small amount of light bleeding caused by the fertilized egg becoming attached to the lining of the uterus. This will usually be experienced between 10 to 14 days after conception.

After ovulation, and once an egg has been successfully fertilized by a sperm, the fertilized egg will begin to grow inside the fallopian tube. It will quickly divide and grow into a blastocyst, which is a rapidly dividing cluster of cells that will become the embryo.

At the same time, the endometrium (the lining of the uterus) will start to thicken and mature to protect the growing embryo and give it the nutrients it needs. After around six days, the embryo will have moved into the uterus and will latch onto the uterus walls to take full advantage of the nutrients. Implantation bleeding is then caused by the bursting of blood vessels as the embryo makes its journey, which is why you only experience a very small amount of blood and occasionally some implantation cramping.

If you are wondering if your bleeding is caused by implantation or your period, you can take a pregnancy test to solve the mystery. It will measure the level of human chorionic gonadotropin (hCG) in your blood, which is created by the placenta to nourish a baby during pregnancy. This hCG is not actually produced until after the egg implants, so if you still think there's a chance you could be pregnant after a negative result, wait around seven days and take a test again.

Implantation bleeding only happens in 15-25% of all pregnancies, so it is best to check with your doctor to be on the safe side if it does occur. If you find out you are pregnant after your implantation bleed, mention it to your medical provider so they can rule out any other issues.

It is also important to remember that there are a lot of other reasons why you might be bleeding during pregnancy in the first trimester, including ectopic pregnancy, miscarriage, a subchorionic hemorrhage, or molar pregnancy. If the bleeding you are experiencing is heavy (heavier than a period) or red in color, it's a good idea to contact a medical professional to take a look. You should also contact your doctor if the bleeding you are experiencing is impacting your daily life.

With implantation bleeding during pregnancy, you won't experience a heavy flow, and instead, it could be as little as some light spotting of just a couple of drops of blood, or slightly more.

The blood that you will see during implantation will usually be a dark brown color or even black. This is because the blood is older than your usual period blood, which will often start off a darker color and then lighten up over a couple of days. Sometimes your implantation bleed can be red or light pink in color too.

You might also be experiencing other signs and symptoms of early pregnancy around this time, like nausea, tender breasts, fatigue, and frequent urination.

How Long Does Implantation Bleeding Last?

If you are trying to tell the difference between normal vaginal bleeding from your menstrual cycle and implantation bleeding, then the length of time might be a factor that helps you work out what kind of vaginal bleeding you are experiencing.

Usually, implantation bleeding is much shorter than menstrual bleeding. It typically lasts no more than between 24 and 48 hours, as this is roughly how long it takes for the fertilized egg to become implanted into the uterine lining.

If you are monitoring your periods to find a sign of pregnancy, then the spotting that comes from the implanting egg will be a good factor to look out for. The timing of implantation will usually be a bit earlier than the time you would expect to have your period.

Even though implantation bleeding is completely normal and nothing to worry about, it's important that you let your doctor know about any bleeding you experience during pregnancy so that they can make sure everything is OK and offer any medical advice.

If you want to tell the difference between implantation bleeding during pregnancy and your menstrual period, then these are a few signs you can look out for.

The color should be different. Implantation bleeding will usually be a light pink or brown color, whereas menstrual bleeding might start off a similar color but will usually turn bright red as your cycle gets heavier.

Length of flow time will be a lot shorter than a period, lasting anything between one and three days versus the average period of four to seven days.

If you experience any cramping during implantation bleeding, it will most likely be fleeting and much less intense than your usual period cramps.

Usually, a period will start light and get heavier over a few days. You will probably experience light spotting that is on and off with implantation bleeding.

There's usually no treatment for implantation bleeding during pregnancy because it does not cause any problems and will go away on its own. If the bleeding you experience is more severe, is heavier than a period, or goes on for longer than expected, then it's advisable to call your doctor.

If you found this article helpful, then why not take a look at whether having no morning sickness is something to worry about or if pregnant women can ever drink wine?