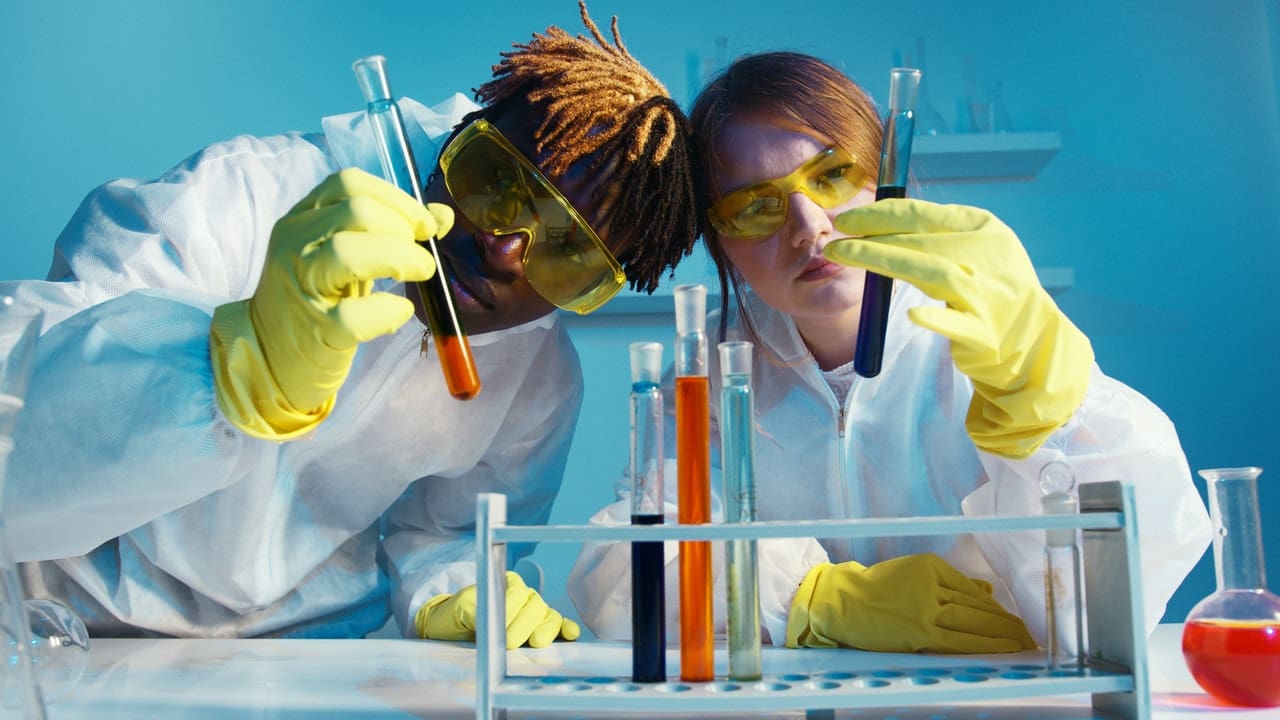 Chlorine is an element which can take many appearances, from a yellow-green gas to a substance found in bleach.

This list of facts will give you all the information you need about the element to help your children with their science homework. It includes information such as the atomic number of chlorine and in what forms and products it can be found.

If you are after more interesting science articles, take a look at these mitochondria facts or at these amazing cell membrane facts!

Read these chlorine gas facts to find out the chlorine symbol, the chemical formula for chlorine gas and where you can find chlorine in the periodic table.

1. The chlorine formula is Cl.

2. Chlorine has the atomic number 17. As a result, it is in 17th position in the periodic table.

3. Chlorine has 24 known isotopes, including two stable ones.

6. Chlorine is the second lightest halogen after fluorine.

7. Chlorine is an extremely reactive element, which means it is most often found in compounds (in other words, having mixed and reacted with other elements) rather than pure.

8. Pure, free chlorine does exist as a greenish yellow gas with a strong smell of bleach. The gas is about 2.5 times heavier than air. As it is a gas, chlorine does not have a boiling point.

9. Chlorine is the 21st most abundant element in the Earth's crust.

10. Chlorine is the third most abundant element in the ocean. It represents about 1.9% of the Earth's oceans' mass.

11. There is so much chlorine in the oceans that if it were suddenly released as a gas, its total weight would be five times more than the weight of the Earth's atmosphere.

Facts About The Discovery Of Chlorine

Chlorine has an interesting history, and its discovery was not straightforward at all! Read on to find out when and how the element was discovered.

12. Chlorine was discovered by Carl Wilhelm Scheele in 1774.

13. When he first discovered chlorine, Carl Wilhelm Scheele noticed that every vegetable flower, regardless of its color, turned white after being exposed to pure chlorine gas for a little while.

14. When it was first discovered, scientists thought that the gas was an oxygen compound, or that it was muriatic acid without phlogiston. This Phlogiston Theory caused much confusion for the few years following the discovery of chlorine.

15. Chlorine was only recognised as a new element in 1811 by Sir Humphry Davy, who named it chlorine.

16. In order to assert that there was in fact no oxygen in chlorine, Humphry Davy reacted the gas with ammonia and phosphorus, which did not yield any oxygen.

These chlorine facts detail the effects of chlorine gas, including chlorine poisoning which can be lethal for humans.

17. Chlorine is present inside the human body as the chloride ion, and it is vital for us to keep living. It regulates the pH levels inside our body and aids our digestion.

18. Pure chlorine gas is extremely toxic as it irritates the skin, eyes and our respiratory system. If you inhale it, it can cause a pulmonary edema, which is an excess of fluids in the lungs which prevents us from breathing.

19. You should avoid mixing chlorine bleach with alcohol, vinegar, ammonia or acetone.

20. Chlorine is usually produced via a process called electrolysis. An electric current is used to create a chemical reaction with a sodium chloride solution, which separates elements.

21. To detect a chlorine leakage, you can use ammonia. When the two elements come into contact, a mist will form which can indicate the presence of chlorine.

22. Chlorine gas contributes to the destruction of the ozone layer in the atmosphere. One chlorine atom can destroy up to 100,000 ozone molecules.

23. Some species of South American frogs have chlorine atoms on their skin, amongst other toxins, to paralyze or kill some of its predators.

24. The same toxin present on the skin of these frogs is sometimes used by natives of the rainforest on the tip of their arrows to kill prey. This is why these frogs are called "poison-dart frogs".

Facts About The Uses Of Chlorine

25. Chlorine compounds have been used for many more years than you may think, they have actually been used by man since Ancient times.

26. Many household products contain chlorine compounds, so you should not mix them as you may release chlorine in the process.

27. Table salt is a chlorine compound called sodium chlorine. Salt is an important element to consume in moderation as it provides your body with the necessary chlorine ions it needs.

28. Chlorine is also used in the manufacturing processes to create paper, textiles, paints and various medicines.

29. Chlorine is used in chemical bleaches, which were first invented in 1799.

31. According to the American Chemistry Council, swimming pools should contain two to four parts per million of chlorine.

32. A strong smell of chlorine at a swimming pool may in fact be an indicator that chlorine needs to be added to the water.

33. The first occurrence of drinking water chlorination in the United States was in New Jersey in 1908. The government ordered people to disinfect all drinking water until 1918.

34. In May 2000, more than 2,300 people became infected with bacteria such as E.coli in Walkerton, Ontario because their drinking water was not sufficiently chlorinated.

35. It is thought that 3.4 million people worldwide die from water contamination due to bacteria such as E.coli, and chlorinating water could be used as a solution to remedy this problem.

36. Some chicken produced in the United States may contain traces of chlorine, as the chemical is used to wash chicken carcasses to prevent fecal contamination.

37. Chlorine gas was used as a chemical weapon during the First World War and the Iraq War due to its toxicity for human skin and lungs.

Here at Kidadl, we have carefully created lots of interesting family-friendly facts for everyone to enjoy! If you liked our facts about chlorine for GCSE and A-Level Students, then why not take a look at these facts about the asthenosphere for kids, or these iceberg alley facts?