50+ Clock Puns And Jokes That Aren't A Waste Of Time 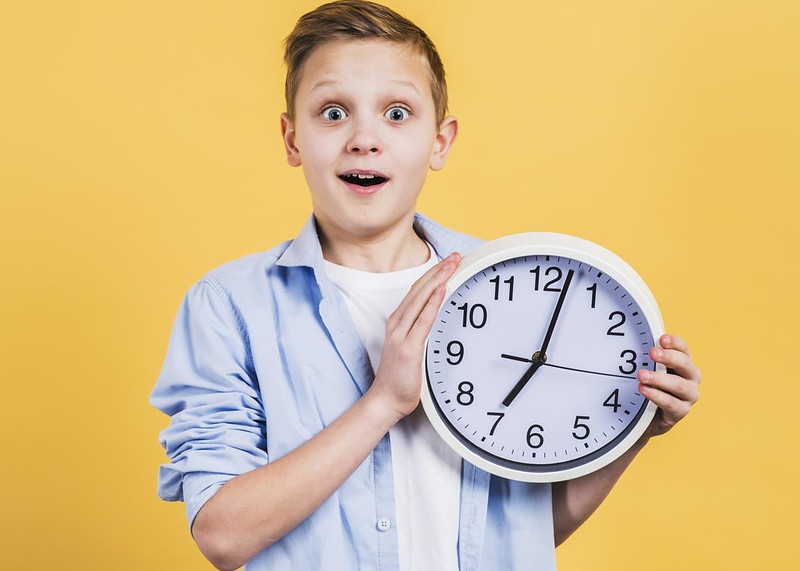 Has anyone who is an early riser ever said to you that 6.30 am is hands down the best time on the clock?

Well, they did try to make a point through a straight-up pun about clock hands. Clock jokes can seem smart and funny, so here are a few insights about a clock for being able to make perfect puns in the future.

Our whole scheduling and existence revolve around the concept of time, which is backed up by the device called the clock. Measuring time was done by the changing shadows on structures based on the movement of the sun, which further advanced to the mechanized water clocks, candle clocks, oil lamp clocks, sundials, hourglass, clock towers, astronomical clocks, pendulum watches, hairspring watch, pocket watches, electric or electromagnetic clock, wristwatches, alarm clocks, digital clocks and so on. With such a strong background and history, there are so many clock jokes and watch puns that will make the concept even more engaging in conversations.

The below lists are carefully curated categorically for a read which will keep you laughing. If you want to read something to get over the Monday blues, do not miss out on this list of 36 Monday Jokes To Start Your Week With A Laugh. You might also like these 78 Cracking Computer Jokes For Your Kids.

A clock will not just tell you time but also make you laugh all day. Take a look at these funny jokes for a fun pastime.

1. How did the street clock address the tower clock? "High there!"

2. What did the second hand say to the hour and minute hand? "See you around in a minute, guys."

3. What did the wall clock do after it stopped ticking? It just hanged around.

4. What did tick ask the clock? "What are you tocking about!"

5. What happens when a clock is hungry? It always goes back four seconds.

6. What is a belt made of clocks called? Waist of time.

7. What is a clever clock called? A clockwise.

8. What is a grandfather clock called? An old-timer.

9. What would a robber say to the clock? Hey you, hands up!

10. What would you get if the clock and chicken cross paths? A cluck.

11. Where did the clock finish the race? Probably wherever it wound up.

12. Why did the jailer throw the clock out the window? Because it wanted to see time fly.

13. Why do you think the man kept a clock under his work desk? Because he hoped to work overtime.

14. Why do you think there was a clock in the forest? Because it was a time-out.

15. Why should you never eat a clock? Because it is a time-consuming process.

16. What will happen if you annoy a clock? It will get ticked off!

Funny Clock Puns That You Will Love

Clock jokes are not the only ones to make this instrument funny. Check these puns for some hilarious punchlines.

17. A teacher sent the clock to the principal's office. The reason was, it kept tocking too much.

18. Digital clock entered happily in the room and excitedly said to its grandfather clock, "Look, grandpa, I have no hands".

19. I am so sure that the clock is hungry. It goes back four seconds.

20. If you play a clock in a drama, you might just end up in a time-consuming act.

21. I know when my clock is annoyed. It always gets ticked off.

22. My friend finally thought of a clock joke. It is about time!

23. My friend thought of repairing the clock today, but it was time-consuming, so he quit.

24. My grandfather's pendulum stopped moving out of nowhere. I think it lost its swing.

25. My mother has a fascinating, tense clock. But it is all wound up.

26. My small brother came running to the room and threw the clock out the window. He wanted to see time fly.

27. One clock narrated the story of his clock friend to another clock. It was second-hand information.

28. One of my classmates was measuring the clock. When I asked him why he was doing it, he said, "The history teacher had asked him to check the beginning and end of the time".

A clock that people love at night and hate in the morning is surely the perfect inspiration for some clock jokes.

30. How would I react if you get me an alarm clock as a gift? I'd be alarmed.

31. What would an unwound clock say to the owner? It's about time, boss.

32. Why couldn't you keep the alarm clock in a jail? Because it kept running out.

33. Why did the cuckoo come out of its little clock door? Because it was its time to shine.

34. Why do I put the alarm clock in my shoe? I don't want my foot to fall asleep.

35. Why should you never dress up as an alarm clock at a fancy dress party? People might end up winding you up.

Only time will tell whether the joke is funny or not. See these watch and time jokes for a giggle or two.

36. What time would it be if an Elephant sat on the watch? It sure would be a time to buy a new watch.

38. Which candy is never on time? Choco-late.

39. Which dog will always know what time it is? A watchdog, duh!

40. Why did the boy hold his watch in front of the mirror? Because it was reflection time.

41. Why do you think the scientist immersed his watch in the flask? He wanted to achieve a timely solution.

42. Why would a tardy man stop and purchase a watch? Because he was hoping to buy time.

Funny Watch And Puns About Time

A watch or time pun without any punch is something that just tocks. Here are a few puns that will tick-le your funny bones for some fun laughs.

43. Do you know, the duck wakes up at the quack of the dawn.

44. Here's what I think about going online and buying a clock. Thinking about it too is just time-consuming.

46. It is never good to talk about secrets around a watch because time will tell.

47. My sister was nervous as she sat on her watch. When I asked her, she said, "Mommy wanted me to be on time".

48. My sister was running out of time, so she bought a lot of watches. Now she has a lot of time on her hand.

49. My teacher said she would tell a great time travel joke yesterday.

50. Nana said it was time for me to reflect, so I stood in front of the mirror with the wristwatch in one of my hands.

51. The robber looked at the watchdog in a watch shop and yelled, "Hands up".

52. The watchdog sat on a pin. I am sure it was springtime for him.

53. Very few people in my neighborhood beat the clock to kill their time.

Here at Kidadl, we have carefully created lots of great family-friendly puns for everyone to enjoy! If you liked our suggestions for Clock Puns & Jokes, then you absolutely need to take a look at 58 Accounting Puns That Aren't Taxing At All. For something related to the sea-world, you should check these 90+ Fish Puns That Are Fin-Tastic.