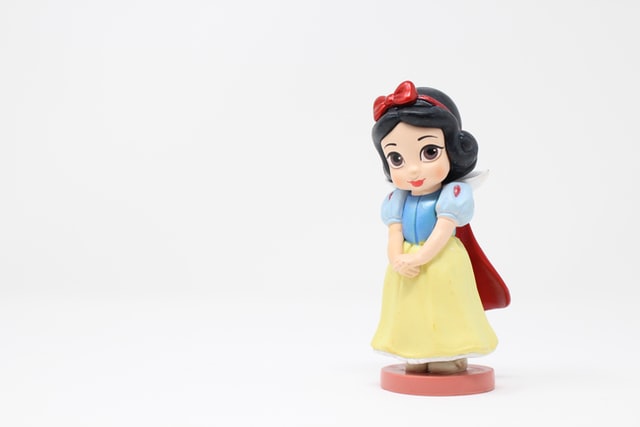 The Brothers Grimm first published 'Snow White' as a fairy tale in 1812.

The seven dwarfs in the original version were nameless but a Broadway play on 'Snow White And The Seven Dwarfs' conducted in 1912 gave them their first names. The most popular names for the seven dwarfs, however, are from the 1937 American animated musical fantasy film.

Although more than 50 dwarf names were considered for the movie, the process of elimination helped to arrive at the final list of seven dwarf names in November 1935. Disney’s version of 'Snow White And The Seven Dwarfs' supersedes all other versions and the dwarfs in 'Snow White' serve as crucial characters in the story.

For more inspiration on Disney names, you can also check out our articles on Disney boy names and Disney girl names.

Names Of The Seven Dwarfs

Bashful is the name of a dwarf known for his shy personality and throughout the film, you’ll find him blushing and batting his eyelids. In the 1937 film, Bashful is voiced by Scotty Mattraw in the original. Bashful is sentimental, coy, and self-conscious. He appears to have a crush on Snow White as he nervously knots his beard whenever he interacts with her in the film. Bashful has the longest name of all the dwarfs.

Doc is the dwarf leader of the group voiced by Roy Atwell in the movie. He can easily be recognized as the only one wearing glasses with a bossy attitude in an orange-brown tunic. Doc is the one dwarf everyone relies upon whenever a plan needs to be made or a course of action needs to be decided upon. When Doc is excited, his speech becomes quick paced and he seems to have lost his train of thought.

Dopey the dwarf is the youngest of all seven dwarfs, getting his name from his silly antics and incompetence. Dopey is the one dwarf who doesn’t utter a word in the movie and wears a massive lime green tunic with a purple cap. He doesn’t have a beard and has blue eyes. Dopey has a childlike demeanor and insists on getting extra kisses from Snow White.

Grumpy is voiced by Pinto Colvig in the movie and is always arguing or complaining about something. Grumpy has a tough beard, white hair, and wears a red tunic. He’s opposed to Snow White living with them initially but his stubborn nature ultimately helps in rescuing the princess. Grumpy is short-tempered, opinionated, cranky, and rebellious. He uses a pickaxe and club.

Happy is a dwarf who is always smiling and positive. He has a positive outlook on the world and does not search for happiness outside but rather within himself. Happy is calm even when the dwarfs mistake Snow White for The Cleaning Monster. He enjoys food, dancing, and parties and wants to share his joy with others. Happy can be seen losing his composure when Snow White bites into the poisoned apple and enters a sleeping death. Happy is voiced by Otis Harlan in the movie.

Sleepy, another dwarf voiced by Pinto Colvig in the movie, gets his name from his droopy eyelids, tired look, and ability to fall asleep anywhere. Sleepy is witty and hardworking, dawning a yellow-brown tunic and making sense of the clamoring of forest animals. Although lethargic and perpetually drowsy, Sleepy is a highly observant dwarf.

Billy Gilbert voices the character of the dwarf Sneezy in the movie. The name Sneezy comes from the fact that this dwarf just can’t seem to stop sneezing. His severe hay fever makes him prone to unpredictable and eruptive bouts of sneezing. Sneezy also speaks like someone with a perpetually stuffy nose.

1. Walt Disney decided to bring 'Snow White And The Seven Dwarfs' to the big screen at the age of 15 after watching the silent film version in Kansas City. He ended up mortgaging his home to finance the production of the film later.

3. This was the first feature-length animated film in U.S. history and was the first film that released a purchasable soundtrack. 25 songs were written for the movie, of which eight were used.

4. Marge Champion, a young dancer, served as the live action model for Snow White so that realism could be brought to the character.

5. Disney’s 'Snow White And The Seven Dwarfs' established Walt Disney as one of the best creative movie makers in the world. The film even received an Academy Award in 1939 along with seven smaller awards. Snow White was also the first animated character to receive a star on the Hollywood Walk of Fame. It was also the first animated feature film chosen for the National Film Registry in 1989.

6. The Radio City Music Hall premiere of the film in NYC required the seating upholstery to be changed as children got extremely scared. People below the age of 16 required parental supervision for the film.

8. Six of the dwarfs’ eyebrows were inspired by Walt Disney’s, with Happy being the exception as his eyebrows were bushy and white. Lucille La Verne voiced the character of the Wicked Queen and Old Hag. Removing her dentures helped to create the raspy voice of the Old Hag.

9. It was the highest grossing movie for a year, then surpassed by 'Gone With The Wind'.

10. The profits made from the movie helped in rebuilding the Disney Studios in Burbank.

Names For The Seven Dwarfs That Disney Considered

The process of selecting the names of the dwarfs in 'Snow White And The Seven Dwarfs' was a long one, with more than 50 names being considered before the seven dwarfs' names were finally chosen. Here’s a list of all the other names that were considered.

Kidadl has lots of great names articles to inspire you. If you liked our suggestions for the Seven Dwarfs' names then why not take a look at something different like Tinkerbell character names or Backyardians names.