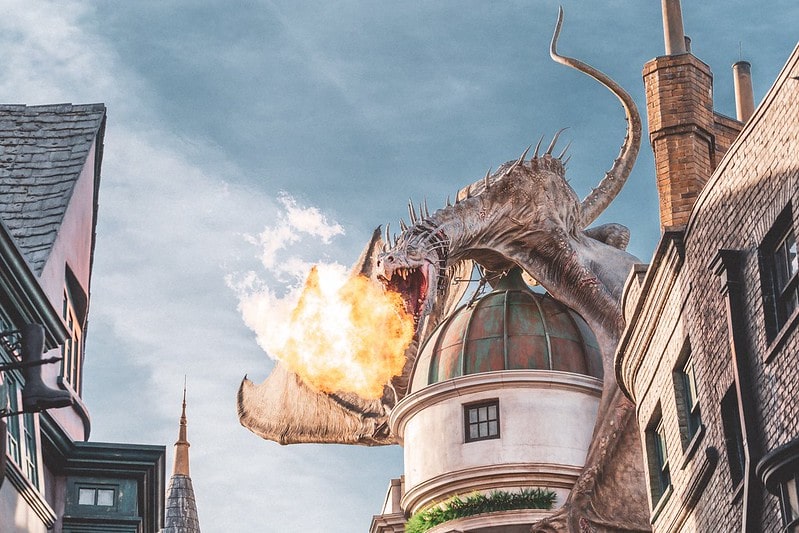 Elder Scrolls Skyrim is a very popular game which, despite being released in 2012, remains one of the favorites among gamers and modders.

Dragons are an important part of Skyrim lore. So, the game developers have given them unique dragon names as well as crafted a special Dragon language.

In Skyrim, dragons are a reptilian race coming from Akavir. They are very intelligent and have their own language and speech. They were almost extinct but came back with the resurfacing of Alduin. You play as Dragonborn and will fight these evil dragons. Dragons generally appear near dragon lairs. Dragons of Skyrim look similar to wyverns. The dragon names of Skyrim are magical and have a folklorish ring to them. They were created using three words from the Dragon language but not all dragons have names. Only dragons that are related to quests and have been resurrected by Alduin have names. We present a complete list of the dragon names of Elder Scrolls Skyrim. We have also collected the categories of some of the unnamed dragons in Skyrim whom you might come across during your journey through the game.

For more enchanting names take a look at these Magical Girls' Names and Magical Boys' Names.

The Skyrim famous dragon names may come from Dragon Language but are carefully crafted to fit within the lore. Here are some of the dragon names of Skyrim:

1.Alduin (Sindarin origin) meaning “long river”. This is the name of the chief antagonist in the game Skyrim and is also called the World Eater.

2.Durnehviir meaning Cursed with Undeath is the Skyrim dragon who can summon Bonemen with his Dragon Shouts. He has four horns and large spikes from the back of his neck to his tail.

3.Krosulhah is a famous frost dragon in Elder Scrolls.

4.Kruziikrel meaning Ancient Dominate, is a powerful dragon with both Fire and Frost breath.

5.Mirmulnir translates to Loyal Mortal Hunter and is a famous antagonist in Skyrim who attacks the Western Watchtower.  Fire breath is his power.

6.Naaslaarum translates to “Your corpse servant of the voice” is a revered dragon in Skyrim.

7.Nahagliiv translates to “Fury burn wither” is a dragon who served the World Eater.

8.Odahviing translates to Snow Hunter Wing or roughly, Winged Snow Hunter. This dragon is not only the ally but also the second-in-command of the World Eater.

9.Paarthurnax translates to Ambition overlord cruelty. Paarthurnax is also called the Old One and is the leader of the ancient order, Greybeards. Considered the strongest dragon in the game.

10.Relonikiv translates to a wise ruler. Miraak takes his soul. He does not fight Dragonborn.

11.Sahloknir translates to Phantom sky hunt. He is a supporting antagonist, resurrected by Aldiun.

12.Sahrotaar translates to Mighty Slave and is the Serpentine dragon of Miraak, carrying the First Dragonborn.

13.Viinturuth is a dragon who is often found in the company of the World Eater.

14.Voslaarum translates to Your able servant of the voice. He is a revered dragon found near the icy regions.

15.Vuljotnaak is another dragon who is resurrected by the World Eater.

16.Vulthuryol translates to Dark-Overlord-Fire is a dragon with a metallic bronze color. This dragon is mostly hidden.

There are many unnamed Skyrim dragons too. These are generic dragons you may come across as you traverse the mythical lands of Skyrim.

Kidadl has lots of great names articles to inspire you. If you liked these dragon names, why not take a look at these Fiery Names, or for something different, Names Meaning Guardian.