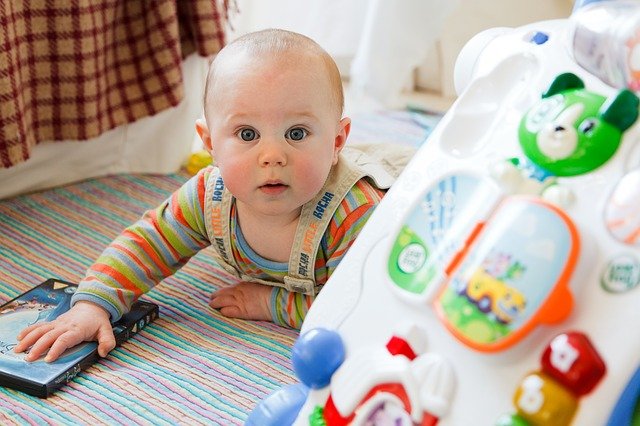 It is the name that will form his identity both in the family and in the outside world. Picking the right nickname, however, is just as important.

While your son will officially be known by his first name, he will inevitably be given a nickname within the family and by close friends. It is therefore important to put some thought into choosing the right nickname for your baby boy.

Nicknames for boys include abbreviated boy names, cute and funny nicknames for boys, and even hipster nicknames. You may even come across a nickname in this list that you feel would be perfect as the first name for your baby boy.

There are so many options for nicknames to choose from, that selecting one can often seem overwhelming. So, we’ve compiled a list of 100 cool nicknames that can help narrow down your search, and, for more nickname naming ideas, please see our articles of the best baby names with nicknames and the best nicknames for the name Elizabeth.

Cool Names With Nicknames For Boys

Want to abbreviate your baby boy’s name with fun nicknames? For inspiration, just take a look at our list of popular and cool nickname names for your little guy.

2. Achilles (Greek origin), this name means "pain". Nicknames: Arch, Archie. These are definitely some adorable nicknames everyone will love.

16. Carlisle (English origin), this name means "one who is from the protected city". Nicknames: Carl, Carlos, Lyle.

17. Casey (Irish origin), meaning "brave in battle". This is one of the popular boys’ names you can shorten to Cay, Ace, Chase.

Why not choose a nickname for boys that is more unusual or personal?

47. Ahni, a nickname for boys, taken from the name Kianni of Irish origin, means "ancient".’

48. Chas, a name you might like for your little guy from the name Charles (German origin), meaning ‘"free man".

49. Dari or Dare from the name Darius of Persian origin which means "rich and kingly".

50. Demi from the name Damien (Greek origin), meaning "to tame".

54. Garth from the name Garrett (English origin), meaning "one who is brave with a spear".

55. Gunner or Gunther, a nickname from the name Gunnerson (Scandinavian origin), meaning "a bold warrior".

57. Jere, this is one of the short nicknames for boys from Jeremy (English origin), meaning "God appointed".

60. Kerr, a nickname from the name Kerrik of English origin, meaning "the King’s rule".

61. Linx from the name Lincoln (English origin), which refers to a lakeside colony.

62. Maver from the name Maverick (English origin), which refers to one who is a non-conformist.

63. Mige or Miggy from the name Miguel (Spanish origin), meaning "who is like God".

64. Prez from Preston (English origin), meaning "from the village of the Priest".

67. Urie from Ureil (Hebrew origin), meaning "the Lord is my light".

69. Vaughn from Kavanaugh (Irish origin), meaning "one who is born handsome".

Looking for a nickname that’s cute, short, and expresses the love your family feels for your baby? Here’s a list of short nicknames you can’t help but like.

72. Ben, Benny or Benji, taken from the name Benjamin (Hebrew origin), meaning "son of the south".

73. Bodi, this is a short nickname for your little guy taken from the name Beauden of French origin which means "beautiful".

75. Clay, a nickname from the name Clayton of English origin meaning "one who is from the town on clay land".

85. Johnny or Jonah from the name Jonathan (Hebrew origin), meaning "the Lord has given".

86. Kai, a cute nickname for boys from the name Malakai (Hebrew origin), meaning "the messenger".

89. Manny from Emmanuel (Hebrew origin), meaning "God is with us".

93. Ozzy, a cute nickname from the name Oscar which means "friend of deer".

96. Sam or Sammy, an abbreviated form of the name Samuel (Hebrew origin), meaning "one who is told by God".

99. True from the name Truman (English origin), meaning "one who is loyal".

Kidadl has lots of great name articles to inspire you. If you liked our list of cool nicknames for boys, then why not take a look at some girl names with boy nicknames, or for something different take a look at these hipster boy names.