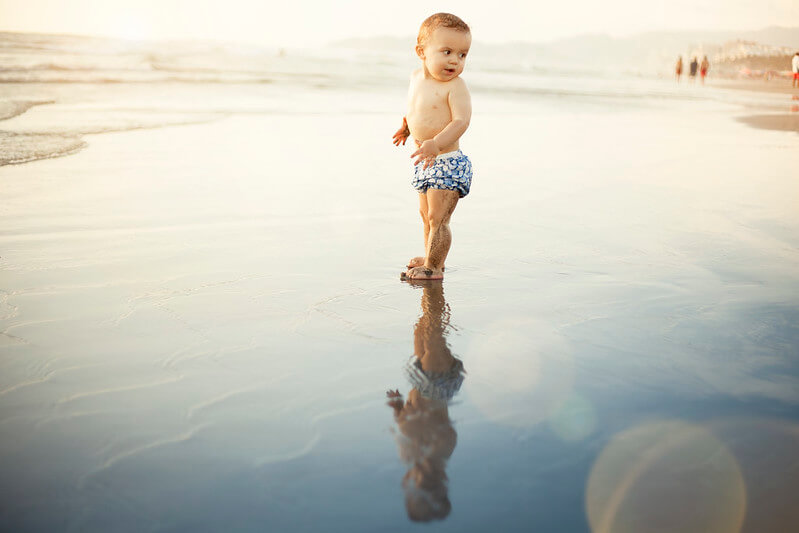 The Cornish language, despite being spoken by just 1% of the population now, is a big part of the county's identity.

Cornwall is well-known for its beautiful beaches, wild coastline and summer staycations, but it's also the perfect place to draw inspiration for baby names! We've gathered a list of some of the best Cornish boys' names for you to choose from, with the meaning of each name and how to pronounce.

So whether it's the Cornish form of popular British names, such as James or George, or names derived from Cornish places, landmarks and saints, there are lots of brilliant names to choose from.

Inspired by the rugged, breathtaking scenery of Cornwall? We've also got the perfect list of nature related names for boys to inspire you.

This is an old Cornish name that comes from 'Arto', which means bear.

Similarly, this means 'bear born' and is the Cornish version of the Welsh 'Arthen'.

Austol was a Breton saint who visited Cornwall and is where the town of Saint Austell was named in his honour.

Meaning 'blessed', this name is the Cornish equivalent of the Latin 'Benedict'. The etymology of 'Benedict' can be broken down as 'bene' - meaning 'good' - and 'dicte' - meaning 'speak', and as such, the name is thought to mean 'well-spoken'.

A Cornish mans name that was inspired by 'Pericles', the Shakespearian play.

Cornish for 'hill' or 'borderland', Brae or Bray was popular in parts of France in addition to Cornwall.

Meaning 'crow' or 'raven' this name is the Cornish form of the Celtic word 'brano'.

A prince known for his bravery and strength, St. Breock is also a civil parish and village located in the Cornish countryside. Breock is thought to be Cornish for 'Brioc', which is Celtic for 'mighty'.

Coming from the words 'Cadell' and 'Kaden', this is Cornish for battle or companion.

The meaning of this name is 'Cornish King', coming from the much-loved Duke of Cornwall - also a direct relative of King Arthur. The origin of the name is from the British word 'cad'  - meaning 'battle' - and 'wur' - meaning 'man'.

Coming from the Celtic 'Karant', Carantok is Cornish for friend.

Cornish for 'The Beloved One'.

This is an ancient Cornish word means 'battle hero'.

A shortening of Clement, this Cornish men's name translates as 'mild' or 'merciful'.

Conan was a legendary King of Cornwall - and a Bishop of Truro - and the name comes from the Celtic for 'high' or 'great'.

The Cornish equivalent of the name Constantin, the names comes from the words for 'steady' or 'constant'.

A popular name derived from a place in Cornwall near Watergate Bay.

The Cornish version of the Latin for 'eternal', which was a popular name across Wales, Cornwall, and Breton.

A respected Cornish ruler, Enyon derives from the Latin 'Annianus', which means belonging to - or decended from - Annius.

The Cornish form of the Celtic 'Kawaro', this name means 'hero' in the Cornish vocabulary.

This is the Cornish equivalent of 'James', which means 'the supplanter'.

The Cornish form of 'George'.

A Cornish boy's name meaning 'God is gracious' or 'God has given'. This is the Cornish version of 'John' - a popular name with strong biblical connections.

This name translates as 'a great leader'.

In Cornish vocabulary, Kenwyn means 'splendid chief', and it is the name of a village near Truro.

Meaning 'bearer of Christ' this is the Cornish equivalent of Christopher. Saint Christopher is thought of as the patron saint of travellers.

A name meaning a 'lake' or 'cold pool', the name has been derived from a place in the Madron parish, located near Penzance. The etymology of this name is 'lyn' - meaning 'pool' - and 'yeyn' - meaning 'cold'.

This Cornish boy's name derives from the word 'joyful'.

This name is the Cornish equivalent of Maximus, which means 'greatest'.

A Cornish Saint, St Merryn is also a Cornish place name, which is located on the north coast, near Padstow.

This name translates as  being similar to 'God Almighty'.

An old Cornish name meaning either 'the end' or 'the top'. Coming from the Celtic language, 'pen' means 'top' and 'ros' means either 'heath' or 'moorland'. This name can be shortened to 'Penn' for an unusual nickname

A Cornish name derived from 'Pascal', both variations relate to Easter or Passover, and it was a popular choice of first name until the mid-1700s.

An old Cornish name inspired by St. Piran, the patron saint of Cornwall.

Cornish name meaning 'from the heathland'

Meaning to come from Ruan Lanihorne - a Cornish village and civil parish. In Gaelic, Ruan means 'little red one', making it the perfect choice for a redhead.

A lovely, Cornish diminutive of the ever-popular Alexander.

Cornish name for a 'rock settlement'.

A Cornish name meaning 'the noisy one'.

A place name, named after a remote and wild Cornish village located in West Cornwall, and the place of origin for the legend of the Mermaid of Zennor. Zennor is one of the Cornish baby names that is unisex.